University of Oxford Pro-Vice-Chancellor and Geneticist Will Succeed Lawrence S. Bacow in Summer 2011 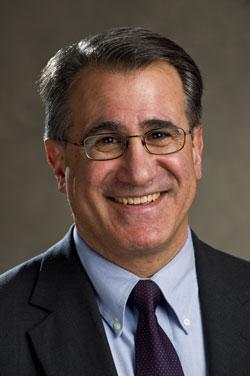 MEDFORD/SOMERVILLE, Mass. -- Anthony P. Monaco, M.D., Ph.D., pro-vice-chancellor for planning and resources at the University of Oxford and a distinguished neuroscientist who identified the first gene specifically involved in human speech and language, has been named Tufts University's 13th president by the institution's board of trustees. Monaco will succeed President Lawrence S. Bacow next summer. Bacow announced in February 2010 that he would step down next year after 10 years as president of the 158-year-old university.