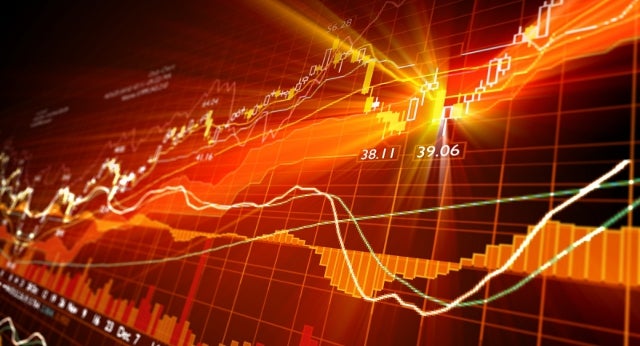 Too much unproven theory, too little common sense. That, as Amar Bhidé argues in articles, books and Wall Street Journal opinion pieces, is the scourge of modern economies. Bhidé, who recently came to the Fletcher School from Columbia to become the Thomas Schmidheiny Professor of International Business, warns that a reliance on abstract theories and mathematical models worldwide is undermining the ability of capitalism to generate jobs, new businesses and economic stability.

“Well-functioning capitalism creates widespread prosperity through an inclusive system of innovation in which many contribute to, and benefit from, the development and use of new products and technologies,” Bhidé notes. And up until the 1940s, this dynamic was supported by economists who understood that not all economic uncertainties or risks could be mathematically quantified “like bets on a roulette wheel,” he says with characteristic fire. But to work properly, capitalism requires “individual judgment and initiative.”

And there’s the rub. In recent decades, algorithms and risk models “have replaced the judgments of thousands of individual bankers and investors, to disastrous effect”—just look at the housing market.

It’s a position that Bhidé has worked up to over the course of several books. In The Origin and Evolution of New Businesses (Oxford University Press, 2000), he demonstrated how venture capital was both the pump for the dot-com bubble and the pin that burst it. In The Venturesome Economy: How Innovation Sustains Prosperity in a More Connected World (Princeton University Press, 2008)—a “Best of 2008” choice in The Economist, BusinessWeek and Barron’s—he argued that American markets succeed because of consumers’ hunger for new technology. Even though the iPod was based on many technologies developed outside the United States, for example, it was Apple’s marketing and design expertise that made the product flourish.

His latest book, A Call for Judgment: Sensible Finance for a Dynamic Economy (Oxford University Press), examines the havoc brought on world economies by quantitative models. 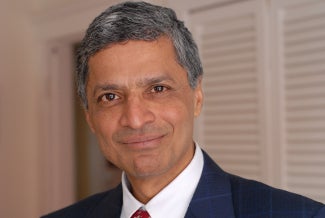 “I propose we reinstate old-fashioned banking, where bankers know their borrowers, by rightly limiting what banks can do: nothing besides making loans to individuals and nonfinancial businesses,” says Amar Bhidé. Photo: Charan Devereaux
“My obsession now is to study the nature of useful knowledge and its pragmatic applications—which is fundamentally different from theoretical knowledge,” Bhidé says. “The process of creating an artificial model, testing it under unreal conditions and then putting it into use assuming it will work is not a sensible way of going about things.”

A case in point: using mathematical models to generate prices for stock options. Models that measure broad historical trends, Bhidé says, cannot assess a company’s performance the way a more labor-intensive analysis of product, manufacturing, personnel, the market and other variables can. Yet because of the ease with which they could generate prices, mathematical models caught on in the 1970s and remain in use, despite some inaccurate and damaging results.

An even bigger case in point: models for assessing loan risk. This strikes close to the heart of the whole mortgage crisis and ensuing financial meltdown. Lending decisions, Bhidé says, must take into account the many unique factors of each situation and not be reduced to a single number derived from statistical and historical analysis.

But the elegance of mathematical models and their promise of greater efficiency and improved risk assessment won out. This led to an increasingly tangled web of ruinous financial maneuvers—such as credit default swaps—on the part of banks and lending institutions seeking profit without the actual dollars to support it.

The solution, Bhidé contends in A Call for Judgment, is a return to common sense. Remember when mortgages were handled by a loan officer who assessed the local market, your job and future prospects and the economic viability of the community? When the officer used judgment, in other words?

Bhidé writes: “I propose we reinstate old-fashioned banking, where bankers know their borrowers, by rightly limiting what banks can do: nothing besides making loans to individuals and nonfinancial businesses.”

He calls for reimposing the wall between investment and commercial banking, to “separate utility banking from casino banking.” This, he argues, would support the real economy that produces, sells and buys actual goods. And it would better ensure banks’ stability.

How would this be accomplished? “We would begin the way we did it when we passed the banking acts in 1933,” Bhidé says. “We give these depository institutions a year to get rid of their investment banking businesses—or even four years—much the same way we broke up the Bell system, which was a much more complicated problem.”

This would have to be done through legislation, of course. “There would be popular support for a redefined banking system if it were sensibly articulated by members of Congress,” he says.

In the course of his career, Bhidé has had plenty of chances to weigh the merits of theoretical versus practical knowledge. As a new Harvard M.B.A. in 1979, he gave up his plan of returning to India for a job in his family’s glassworks. Instead, he toured the world writing case studies on the political economies of Singapore, Hong Kong, Sri Lanka, Taiwan and Ireland.

Out of that experience came his first book, Of Politics and Economic Reality (1984). He got a dose of real-world economics as a senior engagement manager at McKinsey & Company and as a Wall Street trader for E.F. Hutton. He worked hands on in the policy arena as well, serving on the staff of the presidential commission that investigated the 1987 stock market crash.

The idea that old-fashioned judgment trumps sophisticated models is vaguely heretical in the upper reaches of business education, but Bhidé is sticking to his guns. “I want to spend the next 10 years defending this alternate sensibility and finding ways to explore it.”