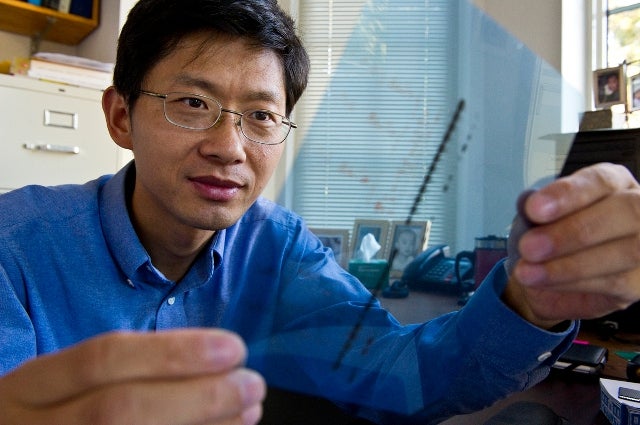 Yet another superbug has arrived. Once an uncomfortable intestinal malady confined mostly to the elderly, the bacterium known as Clostridium difficile now stalks the nation’s hospitals—causing gastrointestinal distress, and even death, in younger, otherwise healthy individuals.

Most of us have the typically harmless bacterium known as “C. diff” in our bodies at one time or another. However, things can go awry when an overuse of antibiotics kills off the “good bacteria” in the intestine, causing the C diff bug to go into overdrive and unleash two toxins that attack the colon. Symptoms start with diarrhea and can develop into life-threatening inflammation or enlargement of the colon.

Nearly 30,000 people in the U.S. die annually from C. diff, according to the Centers for Disease Control and Prevention, and the frequency of infections and deaths from it are on the rise. The elderly, who generally have weaker immune systems, continue to be most at risk. But the CDC recently warned that C. diff infections are increasing in traditionally “low-risk” populations, including women who have just given birth and other seemingly healthy people.

“The disease has become much more severe and much more difficult to treat,” says Hanping Feng, a biomedical researcher at the Cummings School of Veterinary Medicine.

Feng and his research team are on the frontlines of fighting the superbug with a three-pronged attack. They’re developing a vaccine to prevent infection, a rapid test to diagnose it and a drug to treat it.

Researchers suspect that C. diff has emerged as a superbug because the overuse of antibiotics has bred an epidemic strain of the bacterium. First reported by the CDC in 2004, this strain appears to be far more virulent—producing a far greater number of toxins than other strains of the bacterium—and more resistant to existing treatments.

Shed in feces, C. diff is spread by contact and produces spores that can linger for months on surfaces, remaining stubbornly resistant to the disinfectants and alcohol-based sanitizing hand foams used in hospitals. Once ingested, the spores re-activate and start spawning toxins.

The best defense, Feng says, would be to prevent the infection altogether. Supported by a five-year, $4 million grant from the National Institutes of Health, Feng and his research team have developed a vaccine that is showing promise in animal studies.

Like viral infections, bacterial infections activate our body’s immune system. When exposed to a small amount of bacteria, our bodies produce antibodies—proteins in the blood—that help white blood cells seek out infectious invaders and destroy them. Our bodies then retain the memory of this battle, allowing antibody-producing cells to respond faster and more aggressively the next time the same bacterium attacks.

However, Feng says, it can be tricky to develop a vaccine to prevent such an infection when a bacterium does not normally cause disease, as is the case with C. diff in most of us.

Fortunately, antibodies also can protect us from threats by being trained to recognize and respond to just the part of a pathogen that causes an infection. “Because the two toxins produced by the C. diff bacterium are the primary reason for the disease, we have focused our efforts on generating a host antibody response that neutralizes them,” says Feng.

To create their vaccine, Feng’s team engineered the world’s first “recombinant” and “chimeric” C. diff toxins, genetically modifying them so they could be reproduced easily for study. The researchers then used this work to create a single, harmless protein that essentially acts as a decoy: the protein used in the vaccine looks like the toxins to the body, which gets tricked into producing antibodies capable of neutralizing the real toxins—without ever being subjected to their harmful effects.

Ironically, to treat even the most virulent strain of C. diff, physicians are prescribing the very thing that has caused a spike in infection rates: antibiotics. Most patients are treated with the less-expensive metronidazole, while those with more severe cases receive the antibiotic vancomycin, which is quite costly, says Feng.

But more than 20 percent of patients are not getting better on antibiotics, according to a study in the Cleveland Journal of Medicine. Moreover, 12 to 24 percent of patients treated successfully with antibiotics will get sick again, the study found. And if a patient has two or more episodes of C. diff, the risk of additional recurrences jumps to more than 50 percent, which significantly increases a patient’s risk of dying, according to the New England Journal of Medicine.

The vaccine developed by Feng and his colleagues has shown promise in conferring rapid protection against initial and recurrent C. diff infections in mice. Someday, Feng says, the vaccine may be administered routinely to high-risk individuals, including hospital patients on antibiotics.

In search of a more effective treatment for C. diff, Feng and his team are working with colleagues from the Division of Infectious Diseases at the Cummings School on a new drug that could be a lifesaver for the growing number of patients who do not respond to antibiotics.

Like the vaccine, the drug again uses the mutant toxins as immunogens, which are proteins with potent abilities to generate antibodies. Using genetic engineering and selection technologies, developed by Charles Shoemaker’s group in the infectious diseases division, Feng’s team generated tiny neutralizing antibodies that they hope to deliver, Trojan Horse-style, into the gut, where the real toxins do harm. Once inside the intestine, Feng says, these tiny antibodies should seek out and bind to the C diff toxins, thwarting infection by preventing them from entering the cells.

Feng and his colleagues in infectious diseases also developed a rapid, ultra-sensitive test to detect C. diff infection. In less than three hours, the diagnostic tool can determine if a patient is infected with the virulent strain of C. diff—giving physicians a head start on treatment. The work is being funded by a research development grant from Merck.

The Division of Infectious Diseases initiated the C. difficile program five years ago, supported by the NIH contract and other resources. In collaboration with Abraham "Linc" Sonenshein, professor and interim chair of microbiology at Tufts School of Medicine, Feng and his colleagues were chosen to head the program. “Dr. Feng’s leadership and the dedication of his colleagues from the division have been key to the success of this initiative, as evidenced by NIH’s continued support,” says Deborah Kochevar, dean of the Cummings School.

Feng credits his team’s multi-front strategy to combat C. diff to the holistic research approach he has been able to pursue at Tufts. “The first thing we did here was to build a solid foundation [of the basic research tools needed] for making substantial, fast progress,” he says. The goal was to understand how the bacterium produces toxins and how the body reacts to the intruders, and then to use that knowledge to design counter-measures against the infection.

This story first appeared in the Winter 2010 issue of Tufts Veterinary Medicine magazine.