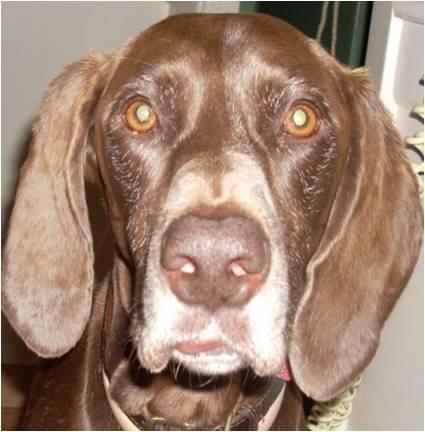 GRAFTON, Mass. —The nutritional content of dog foods marketed for old dogs varies as widely as owner’s perceptions about them, according to a study published this month by veterinary nutritionists at the Cummings School of Veterinary Medicine at Tufts University.

Although it is commonly accepted that nutritional needs—both for humans and pets—change with aging, the Association of American Feed Control Officials (AAFCO) and National Research Council have not set official dietary requirements for aging dogs. As such, foods marketed for “longevity” and “maturity” or “senior,” “old” or “mature” dogs do not have to adhere to a standard nutrition profile beyond the AAFCO nutrient profile minimums for adult dogs.

In the study, Tufts researchers polled more than 1,300 people online about their perceptions about these foods. Their responses were correlated with the actual nutritional content of nearly 40 commercially available “senior” dog foods, and the study, led by resident Dana Hutchinson, DVM and Lisa Freeman, DVM, PhD, were published in the latest issue of The International Journal for Applied Research in Veterinary Medicine.

Among the key findings:

The study illustrates a great deal of confusion in the marketplace, Freeman says, and it's important for owners to be aware that every "senior diet" is different and so may or may not be appropriate for an individual dog, depending upon his or her body condition and health.

“The decision to buy a certain type of food for your aging dog is an emotional one: you want to extend her life and ensure she’s healthy well into her twilight years,” Dr. Freeman says. However, not all older dogs require a senior diet and if you do decide to change to a senior food, talk to your veterinarian, because these foods are not all the same. It's important to select one that is right for each dog.”

Although it is anecdotally speculated that many aspects of human aging are similar in dogs and that their nutritional needs also change with age, few studies have investigated this issue. Drs. Hutchinson and Freeman are continuing their research in this important area to help determine optimal nutritional levels for aging dogs.

As in people, the nutritional requirements cannot be universally applied to all senior pets. While some studies have suggested that aging dogs may lose weight and lean body mass, as people often do, others may gain weight as their activity levels and metabolisms slow. As a result, one senior dog may need more protein and calories than another—one more reason to check with your veterinarian to talk through which diets might work best, Freeman says.

Founded in 1978 in North Grafton, Mass., Cummings School of Veterinary Medicine at Tufts University is internationally esteemed for academic programs that impact society and the practice of veterinary medicine; three hospitals and two clinics that combined treat more than 80,000 animals each year; and groundbreaking research that benefits animal, public, and environmental health.