The Future of South Sudan

As seen in Eritrea, the author’s homeland, the path to true independence is long and difficult, yet rewarding 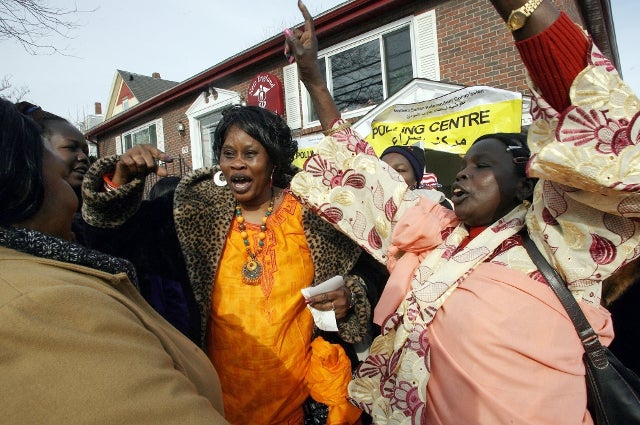 Following a U.N.-sponsored independence referendum in January, South Sudan is emerging as the newest country in Africa, a distinction that was for the last two decades held by Eritrea, where I was born and brought up. It is not obvious, though, how this new nation will be protected from harm and nurtured to realize its full potential. Every ounce of goodwill and well wishes now being extended to the people of South Sudan will need to be matched with a pound of homegrown foresight, leadership, hard work and inclusive governance focused on nation building.

Can the experiences of the Eritrean people provide any wisdom that can be put to use in South Sudan? These two countries are historically more different than similar, but there are some lessons to be learned, especially in the role of women in the development of South Sudan.

The birth of both nations was exhilarating. When I first left Eritrea in pursuit of a university education in the early 1980s, it did not seem conceivable that the long struggle for independence from Ethiopia had an end in sight. But by 1989, Soviet support for the Marxist-Leninist military regime in Ethiopia was drying up and prospects improved for Eritrea’s independence.

By the time I submitted my doctoral thesis at Oxford in March 1991, the geo-political climate in the Horn of Africa was in a state of heightened tension. Within two months, the government of Ethiopia’s Colonel Menghistu Hailemariam fell and Eritrea won its de facto independence.

From the time the Eritrean People’s Liberation Front (EPLF) took control of Asmara, the Eritrean capital, the EPLF was ready to rebuild. In addition to its military capability, the EPLF had developed its capacity to function as a government-in-waiting, with highly organized departments of health, education, finance, humanitarian assistance and social and foreign affairs. Each department and sector moved into the respective offices of the old regime and worked to reorganize once the EPLF took control of Eritrea.

Even though the new leaders were well prepared to set up a new government, they encountered substantial difficulties. “It was like moving into a house that had been run down, and renovating it while the owners continued to live there,” a young EPLF veteran and health-care worker told me. It was a mammoth task to replace failing infrastructure and weed out corruption, while taking care not to tear up the social fabric. Moreover, all EPLF members—military and civil servants alike—had to work without pay for the first two years. That’s how long it took to organize a U.N.-supervised referendum on independence, which is a formal rite of passage for new countries wishing to join the global family of nations: it paves the way for membership in the U.N. and entitles them to the protection and support of older member states while they take the first steps to rebuild and develop.

One of the problems with organizing the referendum was that many Eritreans questioned the need to vote for independence when, as they put it, “We know we are independent; we paid dearly for our independence.”

Another issue was that the EPLF wanted to make sure women participated, as their right to vote could not be taken for granted once they returned to their traditional homes. Women who were in the EPLF and their civilian sisters had thus far benefitted from the social reforms introduced by the EPLF. There were real threats of neighboring Sudan’s Islamic sharia law spilling over the border to reverse Eritrean women’s emancipation at that critical time, particularly in the western lowlands. In these areas, the National Union of Eritrean Women and others paid particular attention to the need for inclusive participation in political processes.

Given such thorny realities, it shouldn’t be surprising that it has been taking many years for bona fide political parties to emerge and develop in Eritrea, and for multi-party elections not marred by ethnic and/or religious strife to be conducted.

The Role of Women

Eritrea’s fight for self-determination, which spanned half a century and included a three-decades-long war, was organized and highly disciplined, as documented by numerous scholars and international media reporters. South Sudan has emerged historically differently, and may indeed experience false starts and a bumpy road ahead.

First of all, external support can help South Sudan get its house in order, but the devil is in the dynamics: how easy will it be for members of the international community, including U.N. and powerful NGO experts, to hand over the baton to the people and leadership of South Sudan (especially the women) so that they may meaningfully engage in nation building?

The international community must also bear in mind just how demanding the job of instituting an independent government may really be and make allowances for that. For example, the temptation to give aid on the condition that South Sudan holds multi-party elections within 12 months should be resisted.

Furthermore, international aid and technical support projects need to create the conditions for local people to live and not just survive. Access to safe water and sanitation, food sufficiency, health care and education will require time and commitment to secure. Political participation, particularly the kind that is sensitive to the needs and concerns of women, their children and families and communities at large, will be a welcome byproduct of properly built health and social systems and sub-systems. If women have to travel long distances to the nearest water source every day, subjecting their children to diseases associated with lack of water, sanitation and hygiene, it will be that much more difficult for them to have time to participate in the political process.

Another goal should be to avoid predominantly male power struggles for political control. Older African countries that have been independent for almost 50 years, such as Kenya and Nigeria, have continued to suffer the ills of deadly political leadership battles among the few at the top, while the basic health and social needs of the vast majority of their people remain unmet. It will be important to prevent this from happening in South Sudan, and in that regard, it is not clear how the Sudan People’s Liberation Movement (SPLM) will secure inclusive rights and basic services as it is currently struggling to secure lasting peace. The women of South Sudan need to be organized to actively participate in the decisions that concern them directly.

Women’s informal nurturing roles will continue to help the people of South Sudan get by, but recognizing women’s leadership and harnessing it at the outset will be necessary for the new country to get ahead. Women’s valuable skills in building bridges between local and regional or national governance are often underestimated, particularly where the management of natural resources is concerned. The rights of women need to be carefully protected, and their under-reported achievements in building peace and stability recognized and rewarded.

Women are pillars of their families and communities in South Sudan. Their new government will do well to secure their safety and active participation in community organizing. South Sudan needs to promote women’s participation at all levels of government—local, regional and national—in this critical period of transition when the sensitive question of Sudan’s share of the oil wealth threatens to renew violence in the region.

Astier M. Almedom is director of the International Resilience Program at the Institute for Global Leadership and a professor of practice in humanitarian policy and global public health at the Fletcher School.