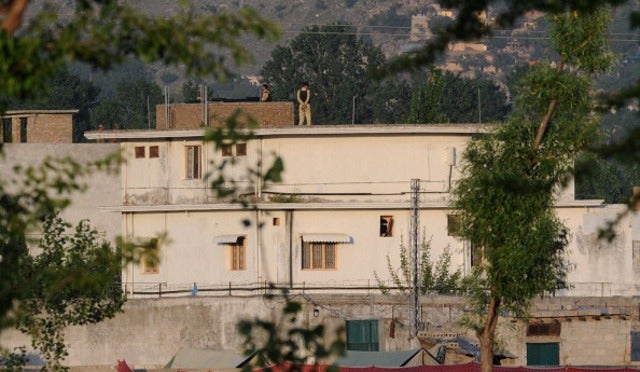 The death of Osama bin Laden in a firefight in Pakistan on May 1 was the culmination of a nearly 10-year hunt for the man known as the architect of 9/11. His hiding place—a well-fortified compound not far from the Pakistani capital—and the U.S. mission to kill him have raised concerns about America’s relationship with Pakistan as well as the ongoing war on terrorism.

Richard Shultz, a professor of international politics at the Fletcher School and director of the school’s International Security Studies Program, is an expert on intelligence policy, international terrorism and use of special operations forces. In the immediate aftermath of bin Laden’s death, Shultz talked about the mission and its implications both for the United States and for al-Qaeda.

Tufts Now: Why did it take so long to find Osama bin Laden?

Richard Shultz: It was because he was in Pakistan, which is not a country that we have free and easy access to. He was a pretty tough intelligence target, especially given that we don’t have free movement on the ground. We were relying on signals intelligence, a collection of telephone and other kinds of electronic communications, or photo intelligence. If we have to do all those things from far away, it makes it difficult.

Where did we focus when we first started looking for bin Laden?

Initially, the thought was that he was in a no man’s land known as FATA, the Federally Administered Tribal Area in Pakistan. This is along the Afghan border, where the Pakistanis have no control; we call it ungoverned territory. The thought was that he was being protected there by the Pakistan Taliban and local tribal groups. It is very remote territory and very hard for Americans to get in and out of. 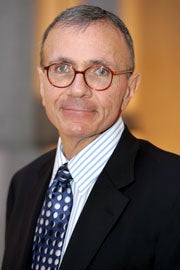 "Getting bin Laden is symbolic, but it's a huge symbol," says Richard Shultz.
Did Pakistan know where he was hiding?

It turns out that he was about an hour from Islamabad in what looks like a pretty built-up facility; it had an 18-foot wall around it. Some of the news reports are now saying it was built around five years ago for him. One would find it difficult to believe you could build something like that and it could exist for five years without being noticed. And obviously it was noticed—by us. It would have been suspicious, because they had no connectivity—no Internet or phone. The only way they communicated in and out was by courier, and that’s suspicious to begin with. Who doesn’t have Internet or phone? This isn’t some remote area. So there are all kinds of suspicious things. One would be surprised if the Pakistani government didn’t know about it.

Did the Pakistanis know about the mission to kill him?

I don’t think so. The record has been that sharing such information with them more often than not has resulted in failure. For example, this was true during his initial escape from Tora Bora. After the Taliban fell, Bin Laden and the al-Qaeda leadership, with their Taliban counterparts, were hiding out in the caves of Tora Bora. It was the location of the December 2001 battle of Tora Bora. They all escaped into Pakistan. Many believe they were able to do so because of help from Pakistan’s military intelligence organization, the ISI.

How will this affect our relations with Pakistan?

They’re tense to begin with. I would guess this is a pretty big black eye for them. Here was this operation right under their noses and within shouting distance of their top military academy. We probably had airplanes on top of those helicopters, in case they needed close air support, so we were pretty stacked up.

Where were the Special Forces based?

I would guess they were in Afghanistan. You wouldn’t want them to have a long flight. The closer you can be, the better off you are for timing purposes. If you have to come long distances, things break. As it is, they left a helicopter behind because it had problems. They set it on fire because they didn’t want anyone seeing how it works.

Why did they bury bin Laden at sea and why so quickly?

They were respectful in that they washed the body and did the things for a Muslim burial that are supposed to happen shortly after death. One of the reasons they buried him at sea is this: where would you bury him? What country would want him buried in their soil? It would become a place of pilgrimage.

Will people doubt he died since he was buried so quickly?

They’ll have to provide photos, just as they did when they killed Saddam’s sons. I’m sure they documented all this. I was listening to the BBC this morning, and they were reporting that social networks are saying this is a lie and soon bin Laden will give us a message. So they’ll give us a photo. It will enrage people, but those who will be enraged by the killing of bin Laden are already enraged. It’s a little grisly, and there will still be people who don’t believe it.

Does this help put an end to the war on terror?

This isn’t a “we got Osama, everything’s over” situation, but that’s the speculation you’ll hear. I wouldn’t think that’s the view in Washington.

What does this mean for al-Qaeda and its supporters?

Getting bin Laden is symbolic, but it’s a huge symbol. He’s the face of the organization. When people join al-Qaeda they swear allegiance to him; it’s like a cult of personality. So that is a big loss. No more will there be bin Laden tapes and bin Laden messages—that’s all gone. There’s no charismatic person waiting in the wings. There were many who revered him; he had that kind of magnetism.

Do we need to be concerned about retaliation?

We always have to worry about terrorist attacks. We had to worry before we got bin Laden, and we have to now. If they could do something quickly to retaliate, they would, but it’s not easy. We have a lot of things we do to make sure they don’t get at us.

What’s different now about terrorism than before 9/11?

There’s a new aspect to this called home-grown terrorists. They don’t go to Afghanistan and train in camps, but they join the social networks of al-Qaeda, get inspired and then take action. That’s what happened with Major Nidal Malik Hasan, who killed 13 people at Fort Hood in November 2009. He was inspired by an al-Qaeda imam who lives in Yemen, and he took action. There are people already here in the United States who have the access and means to do something. That’s the story of the London subway bombers and the Madrid bombers. It’s a tough problem.

Were you surprised that we got him?

I was surprised that it happened now. But I know this [intelligence] community pretty well, and I know they’ve been working on it for a long time.

Is this a boost for Obama?

I think we have to give President Obama credit. He pulled the trigger. In the late 1990s, Clinton had plans for a similar attack and was talked out of it by the military, which said it could go sour, you could lose troops, and it’ll be a big embarrassment. Clinton wanted to do it, but was bullied out of it. President Obama stepped up to the plate and deserves to be recognized for having the courage to do this. Look, things can go bad, and then he gets the blame if it fails. There could have been casualties; bin Laden’s supporters could have been sitting there with shoulder-held rockets and shot down our helicopters.