Why Are Gas Prices So High? 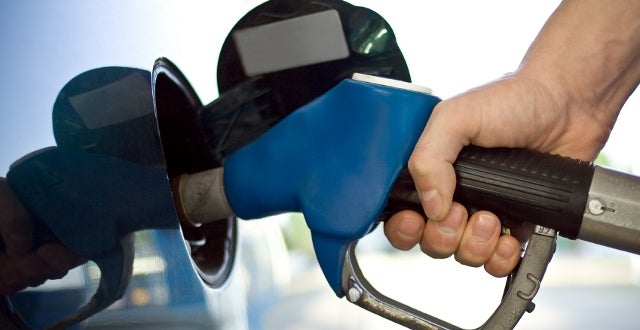 Gas prices have reached almost $4 per gallon and may continue to climb. Vacations have been canceled; experts are suggesting it might slow the economic recovery, and everyone is asking, “Is there no end in sight?”

Bruce McKenzie Everett, F72, F80, an adjunct associate professor of international business at the Fletcher School who worked in the energy field for more than 40 years, reveals some unexpected causes of the price spikes and makes some cautious predictions for the future. An oil industry veteran, Everett spent more than 20 years with ExxonMobil; previously he was with the U.S. Department of Energy.

Tufts Now: What is going on with the rising gas prices?

Bruce McKenzie Everett: This is a simple case of supply and demand. We have learned over the years that gasoline prices are extremely sensitive to even slight changes in either demand or supply. What we have seen in the last few months is the world economy coming out of recession, which increases demand. And we have seen a number of small supply disruptions, which can have a very big impact on price.

What kind of supply disruptions?

Libya has been disrupted, and though it is not a huge producer, we must bear in mind that prices are sensitive to even very small changes. We also have continuing problems in Nigeria with political instability and unrest in its oil producing regions and in Venezuela with falling oil production, and basically that’s enough right there to raise prices.

So how is demand rising?

Years ago, we used to look at the United States, Europe and Japan as the main drivers of global oil demand. It is now China and India and the developing world that are the primary drivers. As soon as people have discretionary income and can feed themselves, the next thing they want is mobility. And when you have 1.4 billion Chinese with growing incomes, this will increase demand for cars or scooters and the fuel that runs them. The other thing that has happened in China is industrial growth, fueled in large part by exports to the West. The Chinese electrical system has not been able to keep up, so new factories buy big diesel generators because they can’t get the power from the grid. So China has become a huge oil importer.

Where does our oil come from and how does this affect price?

It actually doesn’t matter where the oil comes from. The U.S. imports a little over half the oil we consume, and our biggest supplier is Canada. Our next biggest supplier is Mexico followed by Saudi Arabia, Venezuela and Nigeria. But in fact, there is only one global oil market, and it is completely integrated. The Canadians, for example, charge us the world price. It is the same for food prices: there is one global market price. The U.S. is a huge food exporter, but American consumers pay the world price for wheat, corn and soybeans because we are an open economy, fully integrated with the world market.

Even if the U.S. didn’t import any Middle Eastern oil, if there were a huge supply loss in the Middle East, the price would go up for everybody, including us. We also have to remember that when the dollar weakens globally, which it has recently, oil looks cheaper to everybody but us, since oil prices are denominated in dollars.

What if we wanted to lessen dependence on foreign oil? Could we produce enough for our needs?

It is sensible for us to develop all the oil resources we have, but it is unlikely that our oil resource base would be large enough to replace all the imported oil, or even a substantial amount of it. The U.S. uses about 20 million barrels of oil a day. We import about half of that, so we would have to produce another 10 million barrels a day. That is not entirely impossible, but it would require some really lucky geology, which you can’t count on.

So should we develop our own oil reserves?

If we could produce an additional million barrels a day, and the economic value of that oil went into the American economy rather than a foreign economy, that would be a good thing. But it wouldn’t change the world oil price very much. In fact, even if the U.S. produced all of its own oil, we would still pay the same world price for it.

Why does it appear that these price hikes occur just as the summer vacation season approaches, when people tend to drive more, and then drop back after Labor Day?

U.S. gasoline demand increases in the summer during the vacation season. Refineries have limited ability to increase gasoline production. The general procedure is to produce as much gasoline as possible in the spring and summer and then to switch over to heating oil for the fall and winter. As a result, there is always a bit more pressure on oil prices during the summer.

Is the profit motive on the part of large U.S. oil companies contributing to these prices?

There is no question that there is a profit motive—the oil companies are going to sell their products at the highest price they can command in the marketplace. The question really is, are the oil companies colluding in some way that is illegal or unethical to force this to happen, and there my answer would be absolutely not.

One thing people don’t understand about the market is that if you look at global reserves of oil, the only countries in the world where private companies or individuals can own oil reserves are the U.S. and Canada. And even here, it is only about half the oil—the rest is on federal or state land or offshore. In every other country, the reserves are owned by the government, and companies can access those reserves only under contract with the government. So if you look at the world oil reserve base, only about 10 percent is accessible to private companies.

But it seems that oil companies are constantly under investigation—why is that?

In the last 40 years, every time the price of gasoline goes up, our federal and state governments recognize that consumers don’t like this, so they say, “We’re going to investigate.” And the investigations always conclude that the market is fully competitive. The federal government did a major investigation after Hurricane Katrina, when prices went up, and the Federal Trade Commission concluded that the market was fully competitive, and there was no evidence of collusion. Just last week, President Obama said he knew there’s not much he could do about gasoline prices, but he promised to investigate.

My answer is a definitive no. In economics, speculators can only drive the price up if they physically purchase the product and withhold it from the market. Speculators are making paper bets on the stock exchanges. These are futures bets. But for everyone betting prices will be above, say, $110 per barrel next month, there is somebody who is betting it is going to be lower. There have to be two sides, or there is no bet. So as a group, speculators make zero money. Speculators don’t drive things—these are just bets.

What’s going to happen to prices short- and long-term? Is there any way to predict which way they are going to go?

We had huge price spikes in the mid ’70s, in 1979–80 and again in 2008, and they all went back down. My observation is that the market is a lot more powerful than people give it credit for. Every time we have had a price spike, we have been surprised at how powerful the market response has been, and it’s always been followed by a reduction in prices.

There will be powerful market forces pushing back against these high prices as well. We will certainly see behavioral changes that will influence the market—people’s driving habits, the types of vehicles they buy and even on a longer time horizon the introduction of natural gas and other new kinds of vehicles. Natural gas is now selling at a commercial rate of $1.20 per gallon, but we would need to build infrastructure for supply and delivery to support it. My guess is that the market will show some significant changes over time, but how much time and how high prices might go before that time, I don’t know. But the market will decide based on our behavior.