Eradication of a Global Disease

GRAFTON, Mass. — Joining in today’s United Nations celebration of the world’s second eradicated disease are three Tufts University researchers whose pioneering work allowed a rinderpest vaccine to traverse the Sahara in the world’s most remote areas and save cattle from the disease.

The United Nations today declared that the world has completely eradicated the disease, which killed millions of cattle for millennia. It is the first animal disease to be officially declared eradicated – and only the second disease ever, after smallpox.

A resolution approved by the UN Food and Agriculture Organization at its meeting in Rome today stated that the world was free of rinderpest, or cattle plague, but also “called on the world community to follow up by ensuring that samples of the viruses and vaccines be kept under safe laboratory conditions and that rigorous standards for disease surveillance and reporting be applied.”

“The eradication of rinderpest highlights the importance of veterinarians’ involvement in basic science and global health,” said Deborah T. Kochevar, DVM, PhD, dean of the Cummings School of Veterinary Medicine, where the heat-stable rinderpest vaccine work began. “There is a continued need for teams of global health professionals to work together to eradicate infectious diseases, and veterinarians will play a key part in this effort.” 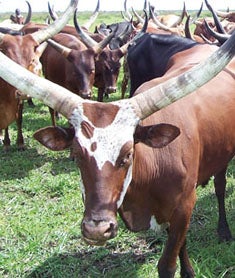 The United Nations has declared an end to rinderpest, a disease that killed millions of cattle and threatened the livelihoods of people who depended on them. Photo: International Livestock Research Institute

While a student at Tufts’ veterinary school, Dr. Mariner, now with the International Livestock Research Institute, repurposed a rinderpest vaccine that could be transported to rural areas without refrigeration. Delivery of the previous vaccine was problematic due to heat sensitivity. Dr. Admassu and Darlington Akabwai, DVM, also of the FIC, assisted the Ethiopian government with removing distribution barriers by developing novel community-based approaches to vaccination. Eradication of rinderpest in Ethiopia was especially crucial because the country has the largest cattle population in Africa.

“Most of the veterinarians working in East Africa are based in cities and towns and do not often travel to remote regions where nomadic communities are highly dependent on cattle and other livestock – that’s why the community-based approaches supported by Tufts were so important,” said FIC Research Director Dr. Andy Catley.

Community participation involved training pastoral livestock owners living in remote, marginalized areas of Ethiopia as community-based animal health workers (CAHWs). Most could not read or write, but mastered the cattle vaccination process by attending special training courses in the field, designed by Ethiopia’s Ministry of Agriculture and Rural Development (MoARD) and Tufts veterinarians. The CAHWs cared for cattle on a daily basis and provided invaluable insight into the history of the disease in Ethiopia. The CAHWs also demonstrated for Ethiopian government workers and the Tufts veterinarians their indigenous knowledge of rinderpest symptoms and patterns of transmission. Their ability to monitor for flare-ups following the vaccinations was crucial to conquering rinderpest. 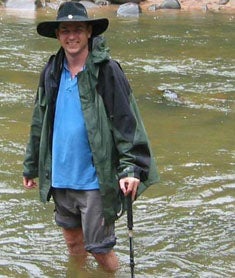 Work by Jeffrey Mariner, V87, created a heat-stable vaccine for rinderpest, a cattle disease that has now been eradicated.
Similar tactics were used to eradicate rinderpest in other African countries including Uganda, Sudan, and Kenya. Rinderpest surfaced in Africa in colonial times, initially killing up to 90 percent of the cattle population in Ethiopia, where an estimated one-third of the human population starved to death. In the years that followed, periodic epidemics severely damaged the food supply and the economy.

A vaccine commonly known as the Plowright vaccine could have wiped out rinderpest following its development in the 1960s. Yet, without constant refrigeration at freezing temperatures from the point of production until it is administered to cattle, the vaccine is ineffective.

“It was extremely challenging to keep the vaccine cold while traveling to isolated areas,” said Catley. “It required refrigeration facilities, ice machines, cold boxes and fleets of vehicles. They needed an easier way to deliver the vaccine.”

“Eradication of rinderpest is an incredible turning point for East Africa,” added Peter Walker, PhD, director of FIC and the Irwin H. Rosenberg Professor of Nutrition and Human Security at the Friedman School of Nutrition Science and Policy at Tufts University. “It alleviates food insecurity and strengthens the economy, and is a step towards meat exports. Ultimately, we hope the eradication will result in a larger and healthier cattle population and we’ll see fewer of the violent cattle rustling raids that plague the region.”

Material from the following publication was used to write this news release:

About the Cummings School of Veterinary Medicine at Tufts University

Founded in 1978 in North Grafton, Mass., Cummings School of Veterinary Medicine at Tufts University is internationally esteemed for academic programs that impact society and the practice of veterinary medicine; three hospitals and two clinics that combined log more than 80,000 animal cases each year; and groundbreaking research that benefits animal, public, and environmental health.

The Gerald J. and Dorothy R. Friedman School of Nutrition Science and Policy at Tufts University is the only independent school of nutrition in the United States. The school's eight degree programs which focus on questions relating to famine, hunger, poverty, and communications, are renowned for the application of scientific research to national and international policy.