In a new book, a Tufts staff psychologist gives a primer on raising children to focus on the present moment 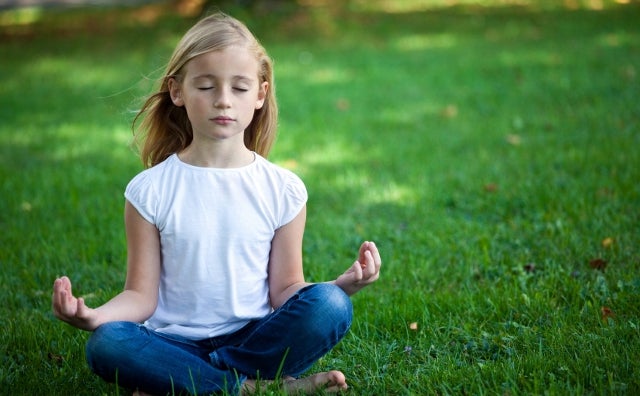 They’re constantly checking for text messages before hurrying off to soccer practice, or updating Facebook after a violin lesson, or adding a song to iTunes while doing homework. It’s no wonder that kids are distracted and a little on edge these days, says the Tufts psychologist Christopher Willard. But it doesn’t have to be that way.

In his new book, Child’s Mind: Mindfulness Practices to Help Our Children Be More Focused, Calm and Relaxed (Parallax Press), Willard makes a case for a simpler, more grounded life, amid all the commotion. He suggests using specific mindfulness techniques to help children and teenagers pay more attention to the world around them—and maybe enjoy life a bit more.

The central idea of mindfulness, he says, is to bring a very focused awareness of the present moment into our everyday lives through things such as breathing exercises and actively listening to and observing the world around us. “It invites you to notice where you are and what is happening, and how you are responding in any given moment,” says Willard, a staff psychologist at Tufts Counseling and Mental Health Services. “Mindfulness can help us see what’s going on, rather than going from one distraction to the next.”

Children generally tend to act quickly on their emotions, but by becoming calmer and more focused, Willard says, they learn to control difficult emotions. For example, if a kid’s feelings are hurt, mindfulness techniques may make him less likely to lash out at another child; adolescents might be less tempted to experiment with drugs. “Children become more self-confident and feel more in control of themselves,” he notes.

Breathe in, Breathe out

Willard had his own experience with mindfulness, of a sort, when he was about six. He and his father were lying on a raft on a lake, and his dad told him he could make a cloud disappear with his mind. Willard picked out a small cloud on the horizon, and his father told him to focus on the cloud and just breathe. With each breath, his father told him, he would be able notice the cloud getting a little bit smaller. The two lay in the sun, looking at the cloud and breathing together, and sure enough, the cloud faded away.

“Of course, now I understand that clouds will form and un-form in the sky regardless of my attention and willpower,” says Willard. “But still, at that moment, my breath and my mind seemed like the most powerful forces in the world.”

What Willard didn’t realize then was that he was practicing a common form of mindfulness—paying close attention to breathing. Children as young as four, he says, can be taught to breathe in and out in a conscious way, with a little visual help. To do this, he suggests having the child lie on her back with a stuffed animal or pillow on her belly, which helps her become aware of her breathing as she watches the object go up and down. It’s also a good exercise for children who have trouble falling asleep. 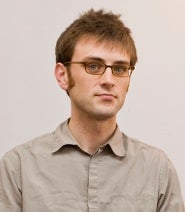 “Mindfulness can help us see what’s going on, rather than going from one distraction to the next,” says Chris Willard. Photo: Joanie Tobin
Another mindfulness exercise is to ask a child to listen carefully for about a minute and then name five sounds he heard while being quiet. They could be someone’s footsteps down the hallway, the ticking clock on the wall or the sound of a pen scribbling on a paper. Paying even closer attention, the child is asked to notice the feelings or thoughts he had while listening. Did a lawn mower outside the window make him think of his yard at home? Did the honking horn remind him of a trip to the city?

Exercises such as breathing consciously or taking a minute or two to really listen can help a child regulate such feelings as anger and anxiety, Willard says. The techniques are also subtle enough so that a child can do them without drawing attention to himself. “The awkward seventh grader could take a minute to count five sounds in the classroom and no one has to know what he’s doing,” Willard says. “He can regulate his own anxiety, and that’s really empowering for kids.”

Mindfulness can also help children—and adults—shift their point of view to focus on the positive instead of the negative. “You can choose to look at things that are beautiful, for example,” Willard suggests. “As you’re walking to school, and school feels scary, try to notice 10 things that are beautiful: a flower, your neighbor’s dog. Instead of the scary things, look for the comforting things, the friendly things. That can shift your awareness in a profound way.”

Now Willard is shifting his attention from children to adults. His next book is aimed at employing mindfulness in the workplace, to help make work meaningful. “We spend half our waking hours at work, driving to work, thinking about work,” says Willard. “I want to help find ways to integrate mindfulness and balance into the work day.” Not to worry; we’ll be paying attention.