Legends in Our Own Minds

In a new book, psychologist Sam Sommers charts the ways that we can better understand ourselves and others by paying closer attention to context 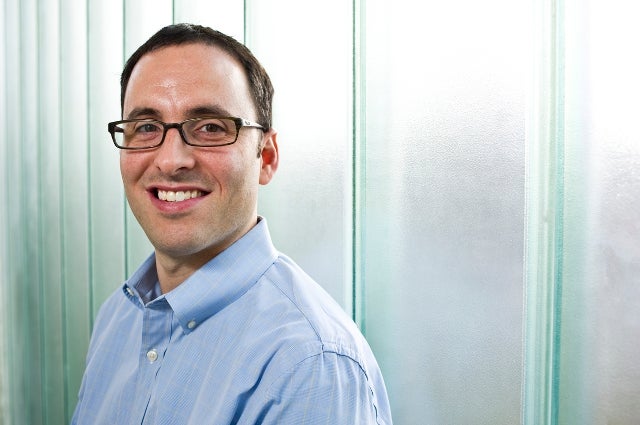 If social science writer Malcolm Gladwell and comedian Jerry Seinfeld earned doctorates in psychology and then wrote a book together, the result might be very much like the recently published Situations Matter: Understanding How Context Transforms Your World (Riverhead Books).

In real life, Situations Matter is the work of Sam Sommers, an associate professor of psychology in the School of Arts and Sciences. Popular among students for his thought-provoking, engaging and often-amusing lecture style, Sommers manages to meld a textbook’s worth of scholarly research with everyday examples and breezy prose to examine the phenomenon of how outside forces influence our behavior, without our even being aware of it.

“You’re not who you think you are,” he tells us in the book. But rather than leaving us in existential panic, Sommers quickly tells us how we can step back and, with our newfound understanding from psychology research, use that information to our advantage.

Sommers also reminds us that the people around us are not who we think they are, and we usually fall into the trap of thinking we know their inner workings better than we really do. That leaves us in a state of often-frustrating, sometimes-infuriating bewilderment, trying to unravel the mystery of why others do so many seemingly inexplicable things.

“We spend much of our lives—as jurors, as teachers, as businesspeople—playing the part of psychologists, specifically social psychologists, figuring out why people have done what they’ve done, and how to get them to do other things,” says Sommers. “Sometimes we’re going on intuition rather than on what the data actually tell us about those matters.”

That’s why he thinks the notion of what makes people tick is so interesting. When he meets the students in his social psychology class, he knows that whether they go into business, law, medicine, education or sales and marketing, “the principles that we’re talking about here—this situational perspective on human nature—has applications for them. I think that’s one of the reasons it’s a popular class—because they can see some part of their own lives in it, professionally or personally.”

The core idea is straightforward. “We rarely appreciate the robust power of situations,” Sommers writes. “We look right past them, hidden in plain sight. Just like the museum visitor pays little heed to the painting’s frame, we fail to notice the impact of outside influences on our innermost thoughts and instincts. But frames do matter.”

One chapter, for instance, looks at the heartbreaking case of the 2-year-old boy who was led away from a Liverpool shopping center in 1993 by two 10-year-olds who then killed him. Thirty-eight people admitted to seeing the toddler as he was being taken away—at some points being kicked or shaken by the older boys—yet no one intervened.

What was the matter with those people, we ask in horror, absolutely sure that we would have saved the little boy. Or would we? Examining the context and drawing on pertinent research, Sommers explains how it’s all too easy for even the most well-intentioned among us to fail to see a bad situation for what it is, or to act the way we think we would.

“We have a habit of viewing ourselves in the most generous light possible,” Sommers says. “Every day we engage in a variety of self-serving distortions and rationalizations—in some respects, it’s an essential ingredient of ‘normal psychological functioning.’ The world is a random place, and it’s threatening to think that you or your friends or loved ones would have acted that same way.”

Watch the video to hear Sam Sommers talk about his new book and why context matters.

Sommers is careful to point out that his is not a self-help book. “It’s not so much about becoming a ‘better’ person as a more effective person,” he says. For example, he suggests reminding yourself not to jump to conclusions about people’s personalities during difficult conversations. “Instead of a knee-jerk impression of the customer service agent as intractable bully, force yourself to step back and think about things from her perspective. What are the policies or constraints she’s under? What might the loopholes be? That way you’re much more likely to get the outcome you’re hoping for, by thinking about the nature of the context you’re in.”

Situations Matter also looks at how the presence of others affects what we do; how situations affect our view of ourselves and the effect of social context on gender differences, such as why fewer women pursue careers in math, science and engineering—Sommers even tackles the issue of whether women are actually less aggressive than men, as is often believed. And context, Sommers informs us, also influences how we fall in love (proximity has a lot more to do with it than we’d like to admit).

And Grandpa Syd, Too

The book’s origins show that context matters indeed. Sommers says he has talked for years about his work to a variety of audiences: undergraduates, their parents, friends at cocktail parties.

“I’ve had the continual experience of people saying, ‘Oh, that’s fascinating. I didn’t know you could study those aspects of day-to-day life scientifically like that,’ ” he says. Because of the success of social psychology books written for a lay audience by people outside the field, such as Gladwell, Sommers realized there would be a market for a general-interest book written by a psychologist.

Thus, the idea for Situations Matter, which is based on his popular undergraduate course. “It was so different from what I usually get asked to write and the way I usually write in academic publishing,” says Sommers. “It wasn’t easy, but it was fun.”

Reading Situations Matter is fun, too. Handily interspersed with data from the fields of psychology, behavioral neuroscience, sociology and even political science are anecdotes from Sommers’ own life (keep an eye out for the quips from his wife’s Grandpa Syd), examples from television, movies and other areas of pop culture (did you know there’s a website that will help you figure out which sit-com character or world dictator you most resemble?) and Sommers’ own quirky humor (“He’d run back down the hall holding his towel with one hand and his keys with the other…you would have thought he was waiting for a call from an organ donor registry,” Sommers writes, describing a college athlete who kept getting interrupted by phone calls on his way to the shower).

Now Sommers is turning back to his primary scholarly interest: studying psychological issues related to diversity and how people think and act in a racial context. “I’m happily focusing for the time being on my academic writing,” he says, sticking to his own context.

Sam Sommers will read from Situations Matter at Barnum 008, on Feb. 8 at 7 p.m. Follow him on his blogs at Psychology Today and the Huffington Post and on Twitter at@samsommers.