How Burdensome Are Secrets? 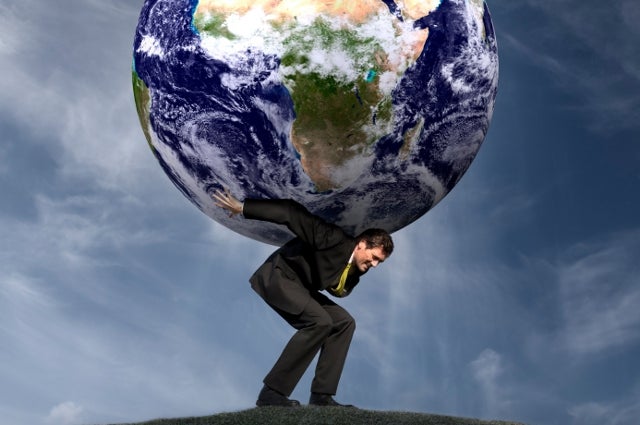 Keeping a big secret can be as burdensome as the physical act of moving a couch up three flights of stairs, and that can affect our health, according to new research done at Tufts.

Michael Slepian, G14, a doctoral student in psychology, studies embodied cognition, the notion that mind and body work in tandem to process information and understand concepts. In his latest research, to be published in an upcoming issue of the Journal of Experimental Psychology: General, Slepian and his colleagues found that keeping a secret leads to the same kind of experiences people have when dealing with physical tasks such as carrying heavy loads.

In one test, he asked people to look at a hill and judge its steepness. Previous research had shown that people who are physically burdened perceive hills as steeper and distances as farther than people without the burdens. In Slepian’s study, participants were asked to recall either a significant or insignificant secret. Subjects who thought about a big secret judged a hill they viewed in a picture as steeper than people thinking about a small secret.

Likewise, in another test, people who said in a survey that they had recently committed an infidelity were asked how much effort they thought some physical tasks required. “The more psychologically burdened the participants were, the more physical burden they experienced,” says Slepian. “They saw physical tasks as requiring more effort.”

The experiments indicate that people do indeed seem physically burdened when thinking about or hiding meaningful secrets, and that could affect people’s health, says Slepian. “We suggest that concealment also leads to greater physical burden and perhaps eventually physical overexertion, exhaustion and stress,” he and his co-authors write.

And what’s the lesson? Should we all be unburdening ourselves of the secrets we carry? Not exactly. Research “has shown that talking about personal traumas with others allows you to gain insight into them, and this has positive health consequences,” Slepian says. “But these effects don’t occur when you tell people who aren’t accepting of your secret. It’s important to only share such information with people who are accepting and supporting.”