Does charging more for sinful foods get us to change how we eat? 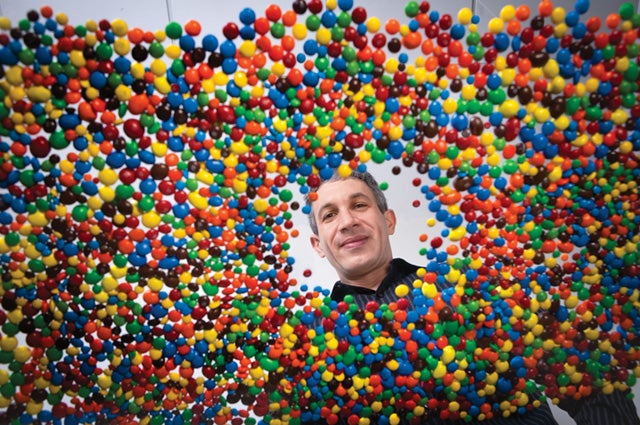 As health-care providers and law-makers struggle to deal with the nation’s ongoing obesity epidemic, the debate continues on whether taxing unhealthy foods would encourage us to eat better. If we have to pay more for a Coke or a Twinkie, we’ll back off from buying some of the soda and junk food, or so the thinking goes.

Sean Cash, an expert on the economics of food and the environment who recently joined the Friedman School as an associate professor, has done research to learn whether so-called “fat taxes” actually get people to change the way they eat. He’s found that such taxes can result in people simply substituting other unhealthy foods to avoid the taxes. He and other researchers are also looking at what he calls “thin subsidies,” ways to make healthier foods, such as fruits and vegetables, cost less.

Tufts Now: What is a fat tax?

Do we have such taxes in this country?

There’s not much political will in North America to impose any substantial taxes. What we’ve seen in the last two years is that in Colorado, Washington state and Washington, D.C., soda is no longer exempted from the sales tax. In Baltimore, there’s a tax on soda, but it’s fairly modest, and [the city is] using it to produce revenue, not necessarily to change behavior. There was a debate in New York state about a soda tax, and while some of it was about public health, the clear motivation [for the tax] was the state’s fiscal situation in light of the economic downturn.

What has been learned about consumer behavior when a fat tax is in place?

Whenever something is more expensive, people tend to buy less of that item but end up buying other products that aren’t necessarily any healthier. If you walk into a restaurant and your favorite hamburger dish costs a few dollars more, you’re not likely to say, “I’ll get a salad instead.” You’re more likely to get something else that’s similar to the hamburger. If we tax colas, people might drink other sweetened beverages that aren’t necessarily any better for them.

All studies suggest that for food in general, we’re not particularly responsive to price. Food is a necessity. If I put a large tax on a food item, I can get people to buy less of it, but they will buy something else instead. If I raise the price of one brand of coffee, I can get people to buy another coffee brand. But if the price of all brands goes up, people will still buy coffee. Economists call this inelastic price response. In general, the demand for food is inelastic. When prices go up, we keep buying food, but we might reduce what we spend on other things.

Is a fat tax a political issue?

Any tax serves three purposes: It raises revenue, reallocates wealth—because someone pays more and someone pays less—and it changes behavior. Just because the motivation behind a tax might be to influence public health doesn’t mean it doesn’t do the other two things. We can’t get away from doing all three with any tax. Public debate would benefit from a better understanding of these three things and honesty about what’s motivating the tax.

Who is affected most by fat taxes?

Such a tax can be regressive and fall more on households with lower incomes. The foods targeted often make up a larger percentage of the household budget for lower-income people because energy-dense, nutrition-poor foods are cheaper per calorie and are sometimes more available than healthier options. This would include many forms of candy, salty snacks and soft drinks.

Tobacco taxes are very high, and yet people still smoke. In Massachusetts, people pay $2.51 in state taxes and another $1.01 for the federal tax on top of the price per pack. It’s hard to tell how much the higher cost made a difference in smoking rates, because the taxes were imposed at the same time there were public health campaigns and a move to put a stigma on smoking. So do the taxes help? I’m sure they do, but so do bans on smoking in bars, restaurants and public buildings.

Cigarettes come with warning labels. Would doing that for unhealthy foods make sense?

Using labels raises some interesting behavioral questions: Will people respond differently when they are told the price increase is for their health? If we put a big label on a food that reads, “We’re taxing this because it’s bad for you,” it might have a bigger impact than just adding on a few cents. I was involved in a study where we found that people are less likely to choose a product with such a label, compared with one where we just raised the price.

Are there other ways to encourage healthy eating?

Some people have argued we should tax unhealthy food items to subsidize healthier items. I call that a “thin subsidy.” It’s expensive for taxpayers, but on the plus side, if we subsidize certain food items, such as fruits and vegetables, I worry less about people substituting unhealthy foods with other unhealthy foods, as with the fat tax.

This story first appeared in the Summer 2012 issue of Tufts Nutrition magazine.