The Search for Foods that Soothe 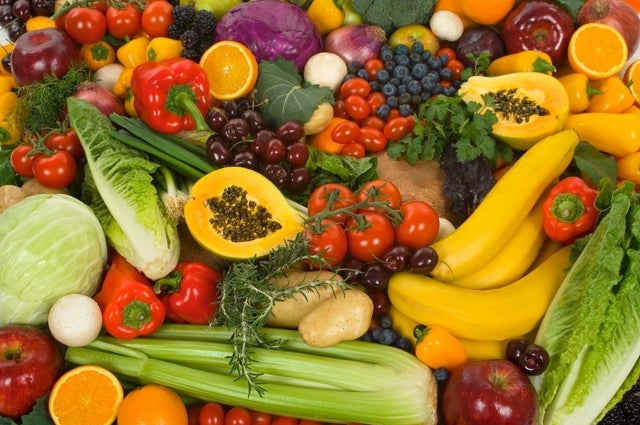 See the related story on chronic inflammation, “The Body on Fire.” >>

There is some evidence that what we eat can affect inflammation. Perhaps not coincidentally, many of these foods are the same ones you’ve heard recommended as defenders against heart disease and cancer.

Some studies have shown that eating a meal high in saturated fat or trans fat causes inflammation markers to shoot up, if only temporarily. But unsaturated fats, and omega-3 fatty acids in particular, seem to be protective.

Studies that look at groups of people over a long term have seen connections between omega-3 intake and inflammation-causing molecules in the blood. For example, a study of 727 postmenopausal women in the Nurses’ Health Study found those who had the highest consumption of omega-3s, found in fatty fish, walnuts, flaxseed and canola oil, had lower levels of C-reactive protein (CRP), an immune responder, and Interleukin-6, an inflammation-producing protein.

Why would omega-3s fight inflammation? At least one study has shown that omega-3s reduce the expression of inflammatory proteins in cells that line our blood vessels.

Choosing carbohydrates that take longer to digest and do not cause spikes in blood sugar, such as vegetables, beans and whole grains, seems to be beneficial in reducing inflammation. One study, published this year in the Journal of Nutrition, found that overweight people who ate a diet of such foods reduced their CRP levels, whether they lost weight or not.

Oats are one whole grain that seem to have special health properties. The consumption of oats, oatmeal and oat bran, even for a short period, has been shown in most studies to reduce total blood cholesterol and LDL cholesterol (the bad kind), the main risk factors for cardiovascular disease. Scientists mostly credit this to oats’ soluble fiber, which interferes with the reabsorption of bile acid in the gut and reduces cholesterol levels.

But oats also contain special compounds called avenanthramides that seem to play a role in reducing inflammation. Avenanthramides are not found in other cereal grains—they are a part of the oat plant’s own defense mechanism, produced in response to environmental stresses such as harsh weather.

Professor Mohsen Meydani, director of the HNRCA’s Vascular Biology Laboratory, discovered that oat extract that was high in avenanthramides could reduce the number of inflammatory signals put out by cells that line blood vessels. Add in the fact that oats also have been shown to improve the function of blood vessel cells, which help regulate blood pressure and blood flow, and it seems oats have the potential to not only decrease plaque that causes bad cholesterol in the blood, but dampen the inflammation that leads to atherosclerosis.

Meydani has also looked at a possible mechanism by which oats may reduce the risk of colon cancer. He looked at the cells that line the colon, and found that avenanthramides, in part because of their anti-inflammatory properties, inhibited the growth of cancer cells, but left healthy cells alone.

Fruits and vegetables are the cornerstone of any healthy diet. Yet more evidence for their power comes from a 2008 study by the HNRCA’s Vitamin K Laboratory. Looking at data from 1,381 participants in the Framingham Offspring Study, the Tufts researchers measured blood levels of vitamin K as well as dietary intake. They then looked at 14 inflammation markers.

Those people who had the most vitamin K in their blood and who reported eating more vitamin K-rich foods showed lower levels of inflammation. The researchers point out that vitamin K is found in such leafy greens as spinach, lettuce and kale, as well as in cabbage, cauliflower, broccoli, Brussels sprouts, cereals, milk and soybeans—all foods that contain an assortment of micronutrients that could depress inflammation. So it is possible that vitamin K isn’t itself the inflammation fighter, but some of the other micronutrients and plant chemicals it keeps company with in those foods might be.

Of course, a combination of nutritional factors could be working together to fight inflammation. A 2008 study published in the American Journal of Clinical Nutrition found that people in Japan who ate a diet high in vegetables, fruit, soy, fish and yogurt had lower CRP levels.

The Mediterranean diet, which features olive oil, fish, complex carbohydrates and nuts, has been reported to be associated with a lower risk for most common chronic diseases, says Professor José Ordovas, who directs the Nutrition and Genomics Laboratory at the HNRCA. In the case of cardiovascular disease, this protection was attributed to the monounsaturated fats in olive oil.

“However, more recently, we have learned that most of the effect could be related to the minor components present in extra virgin olive oil that confer its antioxidant and anti-inflammatory capacities,” Ordovas says. “Moreover, other components of the Mediterranean diet, such as the omega-3 present in fish or found in nuts, as well as some commonly used herbs and spices, act synergistically to reduce inflammation and oxidation and thus the risk of chronic diseases. Overall, these effects translate into healthier aging.”

Whether these foods make up an “anti-inflammatory diet” remains to be proven. But all of these findings support many of the current recommendations for what we should be eating anyway to stay healthy.

“Diets rich in fruits and vegetables, whole grains and fish are associated with lower risk of cardiovascular disease and cancer,” says Professor Alice H. Lichtenstein, director of the HNRCA Cardiovascular Nutrition Laboratory. With a nod to Shakespeare, she adds: “The diet you describe, by any other name, would be the same.”

This story first appeared in the Summer 2012 Tufts Nutrition magazine.