Your Brain on Video Games 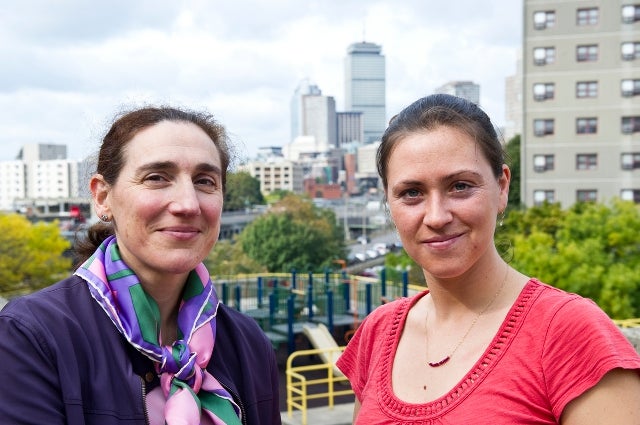 A young child, sporting a bicycle helmet embedded with electrodes, moves an animated dolphin around a computer screen—using just her thoughts. As long as she concentrates on the task, the dolphin dives to collect coins from a sunken treasure chest. Should the child’s mind wander, the dolphin, too, will drift up to the surface. Motivated to collect as many coins as possible, the girl learns how to rein in her restless brain.

Computer-based exercises that provide such real-time measures of a child’s attention span employ what’s known as neurofeedback. They are claimed to improve kids’ academic performance while decreasing disruptive or distracted behaviors associated with conditions such as attention deficit hyperactivity disorder (ADHD).

The brain-training software industry is valued at $295 million, according to SharpBrains, a marketing research firm. But while school systems nationwide are willing to pay $2,500 to $5,000 for these products, there hasn’t been much objective research checking if they actually work, says Naomi J. Steiner, director of the Center for Mind-Body Pediatric Research at Tufts Medical Center.

She and her colleagues are among the first to conduct large-scale randomized trials—the gold standard in scientific research—on computer attention-training software, or CATS, in a school setting. Funded by the U.S. Department of Education, the study’s initial results suggest that these virtual brain boosters might help some children.

“Kids in every school system in every state are using these methods, but without research backing it up,” says Steiner, an assistant professor of pediatrics at Tufts School of Medicine. Without evidence that these software programs are effective, though, professional groups such as the American Academy of Pediatrics won’t develop guidelines or make recommendations about using them to treat ADHD, she notes. Nor will insurance companies reimburse for their use without proof of their effectiveness.

A little-known problem just a generation ago, ADHD affects about one in 10 school-aged children, according to the Centers for Disease Control and Prevention (CDC). That number continues to rise. Some 3 million American kids take prescription stimulants to control their distracted behaviors, according to recent CDC data. As common as they are, though, these drugs remain controversial and, the CDC notes, don’t work for up to a third of children.

Seeking an ADHD therapy that doesn’t use medication, Steiner and her research team, including Elizabeth Frenette, A09, MPH11, recently partnered with 19 public schools in Boston and in nearby Newton, Mass., to test two popular attention-training programs, neurofeedback and cognitive training systems.

The neurofeedback programs work by measuring the ratio of two types of brainwaves. Beta brainwaves are associated with alertness and attention, while theta waves may indicate daydreaming or drowsiness. When the sensors in the bike helmet detect that the child is paying attention, it rewards the child by moving the dolphin down to the bottom of the ocean. That positive feedback, the theory goes, trains the child to focus.

Cognitive training systems, meanwhile, are meant to strengthen key mental skills, such as short-term memory, eye-hand coordination and visual processing—abilities many adults and students without ADHD may want to improve. Cognitive training “could be helpful for anyone,” says Frenette. “But it’s especially pertinent for children with ADHD, because they have such deficits.”

One such cognitive training game, called Block Breaker, is similar to the venerable video game Pong—but with a twist. As in the classic arcade game, players of Block Breaker control an on-screen paddle to lob a wrecking ball at a wall of bricks. But in the cognitive training game, players must also keep track of the color of the paddle. The player earns points only when the paddle is green. Using the paddle when it’s red subtracts points from the player’s total.

To see if these computer training systems can make a difference, the researchers recruited 104 second- through fourth-grade students diagnosed with ADHD. After assessing the degree of the children’s attention and behavior deficits through classroom observation, academic records and parental input, the team had teachers and the kids themselves fill out a battery of standardized questionnaires widely used by doctors and school systems in diagnosing ADHD. Then the children were randomly assigned to work with either a neurofeedback system, such as the coin-seeking dolphin, or with a cognitive training system that uses interactive puzzles and games to improve memory and attention span.

Over the course of four or five months, children in each group received three training sessions a week supervised by a research assistant, while children assigned to a control group received no intervention. (These children, however, would receive computer training the following year.) Children taking medication or undergoing any other therapies for their ADHD kept up with these treatments as usual. When the sessions ended, the researchers assessed their attention and behavioral deficits again.

The scientists wrapped up the training sessions last spring. This fall, they will send out another round of questionnaires as well as conduct student assessments and classroom observations in schools to see if any improvements in the students’ attention, behavior and academic performance remain.  While the researchers haven’t yet analyzed all the results, Frenette noted that the preliminary results are positive.

“I think it helped some kids more than others, but it was really interesting to watch their progress,” she says of the neurofeedback program. “Around session 30 to 35, it seemed like all of a sudden, they got it.”

Children assigned to the cognitive training, on the other hand, appeared to make more regular, incremental progress from the start—especially those who had more learning problems, Frenette says.

“We do think it’s going to be a more complicated answer: some programs will work better for some kids,” she says, noting that the researchers are still gathering and analyzing their data. “Every child’s experience with this is a little different. All the kids have different issues they are facing.”

Though working in the schools presented a litany of challenges for the researchers—from technical problems with the computers to a week-long school closure due to an influenza outbreak—Steiner says the data they obtained is real-world based. Plenty of other research teams investigate non-medication-based therapies for ADHD and other mental and behavioral disorders, she says, but most do it in a laboratory setting or use adult subjects.

“Our niche is definitely in the schools,” says Steiner, who also is a pediatrician at the hospital’s Center for Children with Special Needs. “For me, the motto of pediatricians is to be able to give high quality care to all children. The only way that you can do this if you want all children—with the ‘all’ italicized and in bold—to have access to it, is to do it in school.”