Naomi Steiner, an assistant professor of pediatrics at Tufts School of Medicine and the author of "7 Steps to Raising a Bilingual Child," offers ideas 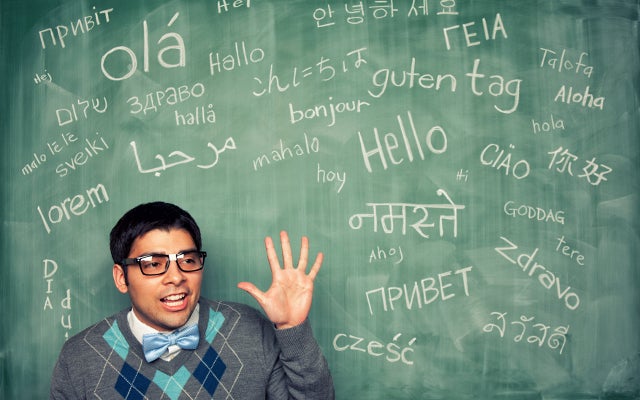 This is absolutely the right question for all 21st-century parents to be asking. The U.S. Census tells us that 20 percent of families in the United States speak a language other than English at home, and demographic projections estimate this number will rise to 50 percent by 2030.

The earlier the better. This is because the younger brain is more plastic—it is able to change, build connections and learn faster with less exposure. Starting early in language development basically means at birth. In addition, research points toward puberty as another turning point. After that, it is by all means possible to learn a language, but often not in a native-like way.

The more experience the better. To learn two languages, children need to be exposed to consistent quality language use in both tongues. People often have the false impression that children will just “pick up a language” and that their brains “are like a sponge.” I often meet people who tell me that they spoke one language at home and then walked into school and “just learned English.” Upon closer examination, it usually turns out they came from language-rich environments, where both parents had college degrees and attended parent-teacher conferences, provided homework support when needed and frequently went to the library with their children.

Skills learned in one language are transferable to the other. Although each language has its specific rules, there is something like a central bank of language knowledge. For example, if a child’s brain has grasped the plural concept in one language, she does not need to relearn that in the second. She has to figure out what the equivalent to the English “s” is and might even use the “s” till she grasps that, but she does not need to put in time and brain energy to grasp the concept. This underlines how important it is to have solid first-language skills, because those will be used when the child learns the second language.

For parents interested in raising a bilingual child, here are a few extra pointers. Monolingual parents can raise a bilingual child—it is the same brain that is wired to learn. I usually say “learn along with your baby” and be aware that you are probably going to be more dependent on outside support, especially when your child’s skills overtake yours. Yes, this does happen!

Consistency is the name of the game. This is why I strongly recommend, if at all possible, the “One Parent One Language” approach, where one parent always speaks one language to the child. This is not the only way to learn a language, but it supports an increased language input, and in my opinion leads to the greatest success in learning a second language.

Books, electronic media and babysitters are all great ways to increase second-language exposure beyond time with parents.

Think about your goal and feel free to amend it; very frequently parents feel overwhelmed, which is not what we’re aiming for. For many families, speaking a language is enough; getting to the level of reading and writing might not be an end goal.

After interviewing hundreds of families, I can caution against striving for perfection. Just keep in mind that whatever you pass on to your children as a second or heritage language is a gift your children will have all their life.