Not Just for Snacking 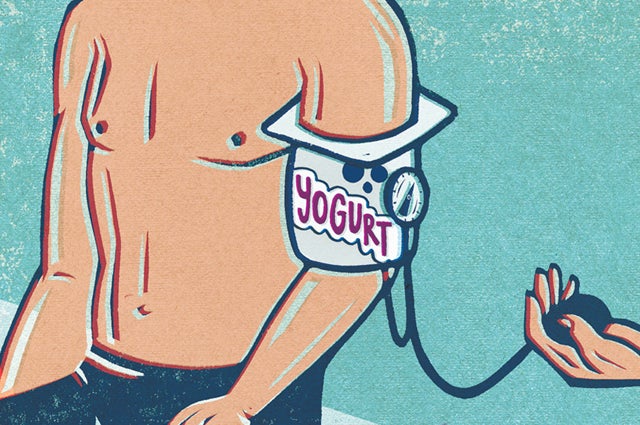 People who eat yogurt a few times per week are less likely to develop high blood pressure than those who rarely eat it, according to Tufts research.

Huifen Wang, a researcher in the Nutritional Epidemiology Laboratory at the Jean Mayer USDA Human Nutrition Research Center on Aging, and colleagues measured low-fat yogurt consumption and blood pressure in about 2,100 adults from the Framingham Heart Study Offspring Cohort and followed them for more than 14 years. Although none of the participants started out with high blood pressure, 913 of them developed it over the course of the study.

Those who ate the most yogurt—at least one six-ounce cup of low-fat yogurt every three days—had about a 31-percent lower risk of developing hypertension than people who ate yogurt less than once a month. Specifically, the high-intake group had a smaller rise in their systolic blood pressure (the top number).

Although the study is only observational, and doesn’t show cause and effect, the researchers point out that yogurt is a good source of calcium, potassium and magnesium, which seem to play a role in regulating blood pressure and which most Americans need to eat more of anyway.

These preliminary results were presented at an American Heart Association conference. The study was funded by the Framingham Heart Study of the National Heart, Lung and Blood Institute of the National Institutes of Health; the U.S. Department of Agriculture; and a research grant from the Dannon Company Inc.

This article first appeared in the Winter 2013 issue of Tufts Nutrition magazine.