Is dieting or exercise better for losing weight? 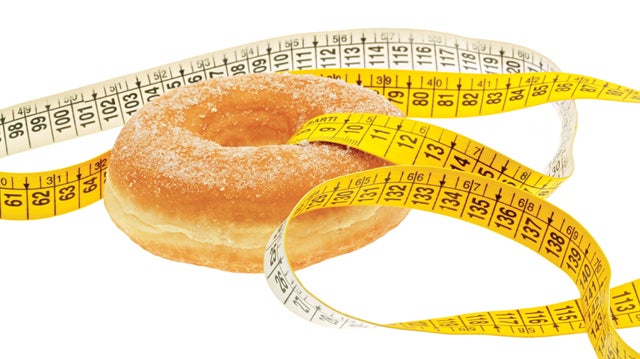 Are you diligently exercising but seeing no results around your midsection? It’s not just you.

Two new studies may explain why many people who begin exercise programs often lose little to no weight in the long run.

In the first study, published in the online science journal PLoS One, researchers compared the daily energy expenditures of Westerners and the Hadza, a population of hunter-gatherers living in northern Tanzania. Many believe modern Westerners burn fewer calories than in the past because their lives have become more sedentary. The Hadza, who are generally very lean, hunt and forage for food without modern tools such as vehicles or guns. Men walk about seven miles each day, while women walk about half that.

What was surprising was that although the Hadza seem to be more active, the researchers found little difference in calories burned between the Hadza and their Western counterparts.

The second study, published in Obesity Reviews, analyzed the effect of exercise interventions on body composition. The researchers found that—contrary to popular belief—when people exercise but keep their energy intake constant, their resting metabolic rate (i.e., metabolism) actually goes down. Exercisers who ate more calories than they usually do did burn more fat than predicted, but some overcompensated and negated the effects of their hard work.

These studies suggest two things: exercise programs may not lead to as much calorie burn as you would think, and many people start eating more when they exercise, and they may eat too much.

Bottom line, if you start exercising to lose weight, you won’t succeed with the mentality of “I can eat anything because I’ll burn it off later.” You will have better results if you choose a healthy diet of whole grains, fruits and vegetables, lean proteins and healthy fats while exercising. Although these two studies show that diet may be more important than exercise for weight loss, don’t discount the other benefits of exercise, including decreased stress and anxiety, improved mood and reduced risk of cardiovascular disease, diabetes and some cancers.