How can parents tell the difference between normal teenage mood swings and possible mental illness?

Nassir Ghaemi, a professor of psychiatry at the School of Medicine and director of the Mood Disorders Program at Tufts Medical Center, helps decide

The conventional wisdom is that it is normal to be abnormal in adolescence. Conventional wisdom, a term coined by the economist John Kenneth Galbraith, describes what everyone thinks is true—but isn’t.

Our assumptions come from psychoanalytic sources, especially Erik Erikson’s concept of life stages, where adolescence involves “identity crisis.” In this normal life stage, the teenager questions his or her parents, culture, received traditions and authority. These days, a biological rationale for teenage misbehavior is also popular: all those sex hormones cause problems. Testosterone and estrogen, similar chemically, are steroids, and, like all steroids, can cause aggression and even mania.

But these beliefs in the “normal” abnormality of adolescence have never been proven scientifically. Some studies indicate that about one-third of normal adults never had adolescent identity crises: they never rebelled against their parents, questioned authority, used drugs or caused mayhem. And yet they turned out to be perfectly normal, mentally healthy adults, able to love others and live satisfying lives at home and at work. 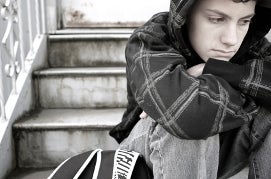 How can parents tell what’s what? Trust your intuition. If the behavior feels abnormal, it probably is. Photo: iStock
So how can you tell if an adolescent’s behavior is abnormal? If it is abnormal—in other words, if the behavior is beyond the statistical norm of most people of that age and cultural subgroup. Most adolescents don’t repeatedly abuse drugs or alcohol, frequently engage in sexually risky behavior, become physically violent, or rebel strongly against cultural norms. In the minority of adolescents who exhibit such behaviors, various causes can be relevant, ranging from the onset of mental illnesses (like bipolar disorder or depression) to a response to adverse experiences (like sexual or physical trauma) to, perhaps in some cases, Erikson’s “normal” identity crises.

How can parents tell what’s what? Trust your intuition. If the behavior feels abnormal, it probably is. The most common mistake in our culture today is for parents to normalize the abnormal; people constantly think that an adolescent’s behavior is just “a phase.” It usually isn’t, and one finds out in adulthood, when it is too late. Statistically, you would more likely be right than wrong if you view unusual adolescent behaviors as abnormal.

One reason, I think, that people are reluctant to identify problems in adolescence is because we don’t like the treatments. Many dislike the idea of giving psychiatric medications—like antidepressants and amphetamines and antipsychotics—to children and adolescents. I don’t disagree; I think we are overusing those medications in many children who don’t need them, and underusing them in some children who would benefit from some of them. But just because we don’t like available treatments doesn’t mean that the problem doesn’t exist. Bleeding was a terrible treatment for pneumonia in the 19th century, but this doesn’t mean that pneumonia didn’t happen.

Counseling, for the adolescent or for the family, is a good place to start, and many other psychosocial interventions, such as changes in personal or family habits, can be effective, depending on the problem. In the important minority of adolescents with bipolar disorder, low doses of mood stabilizers (not antipsychotics or antidepressants or amphetamines) can be effective, although unfortunately, there is a strong cultural bias against making that diagnosis and using those effective medications.

Struggling or misbehaving adolescents can be helped. They won’t be, however, if we deny there is a problem.

Is dieting or exercise better for losing weight?