The Few, the Proud, the New Jumbos

Tufts posts its lowest acceptance rate ever, as applications soar for the undergraduate Class of 2017 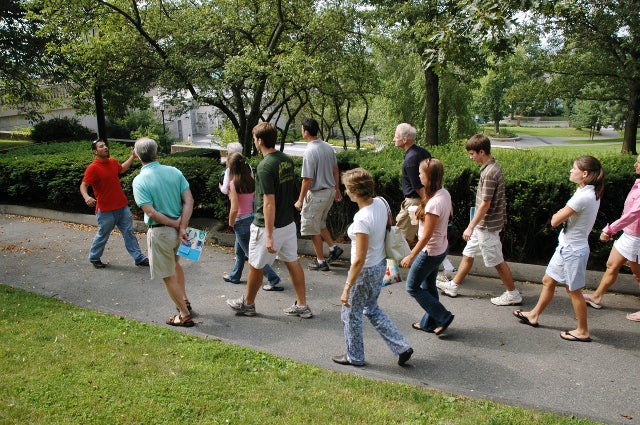 Acceptance letters are now out for the undergraduate Class of 2017, and Tufts has reached record-setting highs for the number of applicants as well as a record low acceptance rate of 18.7 percent. It is the first time in Tufts’ history that the undergraduate acceptance rate has dipped below 20 percent. In addition, admitted students posted all-time highs in academic categories, achieving top scores on SATs as well as high school class rank.

“It’s clear Tufts remains a highly desirable school, and we continue to attract top-notch students from a wide and diverse set of backgrounds,” says Lee Coffin, the dean of undergraduate admissions, who noted that admitted students come from 48 states (plus the District of Columbia, Puerto Rico and the U.S. Virgin Islands) and 75 countries.

When ranked, some 94 percent of accepted students are in the top 10 percent of their high school class, up from 93 percent last year, and the standardized testing profile of the accepted class also reached historic highs. The mean score for the critical reading portion of the SAT was 728, a record high, up from last year’s 724, while the math portion mean score was 735, another record high, up from 729 last year. Students accepted to the School of Engineering did even better in math, with a mean score of 764, up from last year’s 759.

Students accepted to Tufts come from varied backgrounds. International students comprise 15 percent of the admitted class, up from 14 percent, and 32 percent of accepted U.S. applicants identified themselves as students of color, up from 30 percent last year. Fifty-two percent of admitted students applied for financial aid, up from 51 percent last year, and 54 percent were from public high schools, down from 55 percent.

Accepted students have until May 1 to make a deposit on their first-semester tuition, letting Tufts know that they will be here in the fall. Coffin says he expects to enroll a freshman class of 1,310 students.