A Patent on Life

In a decision with broad implications, the Supreme Court is set to rule on a case about ownership of a strand of DNA 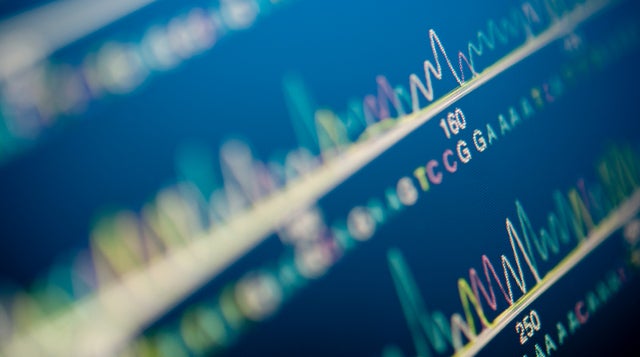 In May, the actress Angelina Jolie announced she had a preventive double mastectomy after learning she inherited a faulty copy of the BRCA1 gene, which put her at a high risk for breast and ovarian cancer. The genetic testing that gave her this information can only be conducted by one company, Myriad Genetics, which owns a patent on the gene sequences for BRCA1 and a related gene, BRCA2.

Soon the U.S. Supreme Court will decide if Myriad Genetics, based in Utah, can continue to hold the patent. The company argues that patents are what make discoveries possible, because they provide pharmaceutical companies and the biotech industry with the resources to invest money in research and diagnostics.

But the plaintiffs in the case—the ACLU and the Public Patent Foundation—contend that no one should be able to patent a living entity and that Myriad has, in effect, a monopoly on the gene. In addition, other researchers are unable to use the genes for further studies without obtaining permission from Myriad and paying licensing fees.

The court’s decision is expected to have far-reaching ramifications. The plaintiffs argue that no one can patent a product of nature. Myriad counters that its research expertise provided the means to sort through thousands of genes and find the two linked to hereditary breast cancer.

Sheldon Krimsky, the Lenore Stern Professor in the Humanities and Social Sciences in the Department of Urban and Environmental Policy and Planning, is a co-founder of the Council for Responsible Genetics, a nonprofit that fosters public debate about the social, ethical and environmental implications of genetic technologies. He is the author of 12 books and more than 190 papers and reviews about the relationships among science, ethics and public policy. He also has a secondary appointment in the Department of Public Health and Community Medicine at Tufts School of Medicine. He recently discussed the Myriad case with Tufts Now.

Tufts Now: What exactly does Myriad hold a patent for?

Sheldon Krimsky: Myriad took out a patent on a part of the human genome. They identified and isolated a certain genetic sequence—a mutation that appears in a small percentage of women with breast cancer—and were awarded a patent on this sequence. 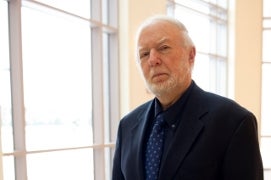 “I don’t think extracting DNA out of a human and finding a novel use for it deserves a patent on the DNA sequence sui generis rather than on its particular application,” says Sheldon Krimsky. Photo: Alonso Nichols
What does this mean?

It means no one else can use this sequence to do additional research, create another test or conduct a secondary test. Let’s say you learned you have the faulty gene but want a second opinion. No one can give you one because Myriad has exclusive control over this sequence.

Have other companies received patents for living entities?

At the time Myriad applied for and received a patent, in 1997, these kinds of patents had become more commonplace. The turning point was in 1980, when the Supreme Court ruled in the case of Diamond v. Chakrabarty that a microorganism that had been genetically manipulated was patentable material, not just as a process but as an entity in and of itself.

Ananda Mohan Chakrabarty was working for General Electric when he developed a bacterium capable of breaking down the hydrocarbons in crude oil, which could be used to remedy oil spills. GE filed a patent application for the bacterium. Initially the patent was rejected because the patent office said living things could not be patented. But the case went to the Supreme Court, which ruled in GE’s favor. Before this ruling, the patent and trademark office had offered patents on microorganisms, but only when they were part of a process such as winemaking, breadmaking or medical testing.

Because of the GE ruling, by the mid-1980s and into the 1990s, companies were being awarded patents on parts of the human genome. They argued that they had to remove a certain genetic sequence from the genome and select the part of the sequence that would be used to synthesize the protein they were interested in; they took raw DNA and extracted something from it, arguing that what they ended up with wasn’t purely natural.

Do you think the patenting process is fair?

I don’t think extracting DNA out of a human and finding a novel use for it deserves a patent on the DNA sequence sui generis rather than on its particular application. The process of gene sequencing, of selecting out part of DNA is pretty standardized, and there is nothing novel about that. I would like to see Myriad lose the case, but retain a patent for its test and not the mutation per se.

What is your involvement?

I am not directly involved, but I was a visiting scholar at the ACLU in 2007, when it began thinking about bringing this case. The ACLU took this on because there was a science advisor there who pushed this, Tania Simoncelli. She and I wrote a book together called Genetic Justice (Columbia University Press, 2010). The ACLU took on the case, because in a sense, the rights of scientists to do research on this and the rights of patients to get second opinions on breast cancer tests were abrogated by the monopoly control of one company. They felt that the DNA mutation is a natural substance and shouldn’t be patented.

Who else is involved in the case?

The ACLU has a lot of support from medical people such as the American College of Medical Genetics, the Association for Molecular Pathology, the American Society for Clinical Pathology, women’s health groups like Breast Cancer Action and the Boston Women’s Health Book Collective (authors of Our Bodies Ourselves), physicians and biomedical scientists and an organization I helped found in 1983, the Council for Responsible Genetics.

What will happen if Myriad wins the case?

Several things will happen. In one way, nothing will change. The process Myriad used to detect BRCA1 and BRCA2 genes has already been surpassed. That is, the scientific community is using different processes now for identifying mutations. We’re going from gene sequencing to using something called SNPs, or single-nucleotide polymorphisms, an analysis that shows whether you have a predisposition to a particular disease by seeing if there are slight changes to nucleotides. Nucleotides are molecules that form the basis of DNA.

But the larger impact could be great, namely how the U.S. Patent Office decides what is natural and therefore unpatentable. My guess is that the court is looking for a principle that distinguishes the discovery of every new mutation from a novel process that incorporates the use of a particular mutation.

Will this ruling affect any patents on other living organisms?

A ruling supporting Myriad could impact every new virus discovered and sequenced. If one company had a patent on an important infectious virus, then they too could charge thousands of dollars for a test and restrict other researchers from developing new therapeutic approaches to treating victims of the virus. This outcome could limit the healthy competition among researchers for finding cures or treatments for diseases.