Mild B-12 Deficiency May Speed Dementia 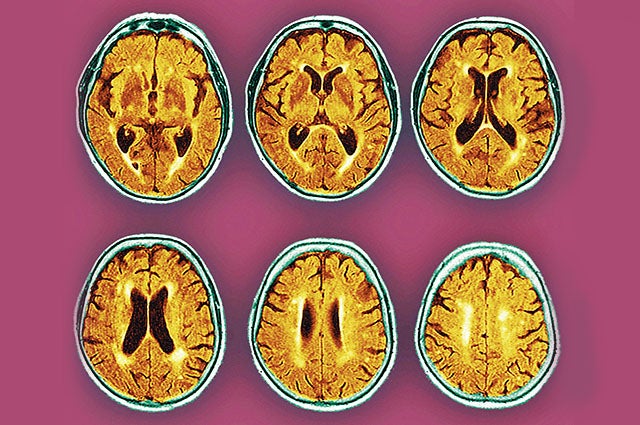 Being even mildly deficient in vitamin B-12 may put older adults at a greater risk for accelerated cognitive decline, an observational study from the Jean Mayer USDA Human Nutrition Research Center on Aging at Tufts suggests.

Martha Savaria Morris, an epidemiologist in the Nutrition Epidemiology Program at the HNRCA, and colleagues examined data from 549 men and women enrolled in a cohort of the Framingham Heart Study. The subjects, who had an average age of 75 at the start, were divided into five groups based on their vitamin B-12 blood levels.

Being in the two lowest groups was associated with significantly accelerated cognitive decline, based on scores from dementia screening tests given over eight years.

“Men and women in the second-lowest group did not fare any better in terms of cognitive decline than those with the worst vitamin B-12 blood levels,” Morris says. It is well known that severe B-12 deficiency speeds up dementia, but the finding suggests that even more seniors may be affected.

The study appeared in the Journal of the American Geriatrics Society.

“While we emphasize our study does not show causation, our associations raise the concern that some cognitive decline may be the result of inadequate vitamin B-12 in older adults, for whom maintaining normal blood levels can be a challenge,” says Professor Paul Jacques, the study’s senior author and director of the HNRCA Nutrition Epidemiology Program.

Animal proteins, such as lean meats, poultry and eggs, are good sources of vitamin B-12. Because older adults may have a hard time absorbing vitamin B-12 from food, the USDAʼs 2010 Dietary Guidelines for Americans recommend that people over age 50 incorporate foods fortified with B-12 or supplements in their diets.

The subjects in this study were mostly Caucasian women who had earned at least a high school diploma. The authors said future research might include more diverse populations and explore whether vitamin B-12 status affects particular cognitive skills.

This article first appeared in the Summer 2013 issue of Tufts Nutrition magazine.