Joel Mason, a senior scientist at the Jean Mayer USDA Human Nutrition Research Center on Aging, gives us his prescription

There’s convincing evidence that probiotics can be helpful in maintaining gastrointestinal health in certain situations. But like many natural approaches to maintaining health, there’s been a tendency toward generalizing the benefits, so probiotics are frequently touted as a panacea for all types of gastrointestinal problems. Many advertisements and Internet postings say probiotics are effective for the treatment of asthma, dermatitis, irritable bowel syndrome and other conditions. At best, there is marginal evidence that probiotics help these conditions.

Where they have been convincingly shown to be beneficial is in the treatment or prevention of certain kinds of diarrhea, as well as in ulcerative colitis and with certain problems that can accompany fat malabsorption.

Rotavirus is the most common cause of diarrhea in infants and children. Probiotics won’t provide absolute prevention, but will significantly lower the risk of getting the ‘gastrointestinal flu’ due to this virus and other similar organisms. And, if a child does get sick, the illness will be less severe if you administer probiotics. The probiotic most consistently shown to be effective in this situation is Lactobacillus GG, which was developed at Tufts by Sherwood Gorbach and Barry Goldin of the medical school. You can buy it at drugstores under the name Culturelle. 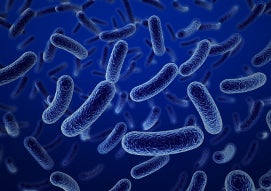 “There’s a myth that all probiotics are the same, but because they’re not viewed as drugs, they are not regulated by the Food and Drug Administration,” says Joel Mason. Photo: iStock

In some cases of antibiotic-associated diarrhea, a very nasty bug called Clostridium difficile takes over, because the antibiotics have knocked out the good bacteria in your gut, and this bug fills the void. C. diff, as it is known, can cause dysentery, bloody diarrhea and fever, and can even be life-threatening. The only organism that has been shown to convincingly prevent C. difficile is Saccharomyces boulardii.

Finally, people with any variety of intestinal illnesses that result in the inability to absorb fat are prone to developing kidney stones comprised of calcium oxalate. Studies now suggest you can reduce the amount of oxalate in urine by taking VSL#3.

Many people eat yogurt because it contains probiotics, but studies looking at the potential usefulness of probiotics in a rigorous scientific manner have generally used pure preparations, not yogurt. So whether the helpful bacteria you get by eating yogurt are really as effective as pure probiotics is up in the air right now.

People taking probiotics should be aware that they are not totally innocuous. A lot of people say, “This is natural; it might help, and it won’t hurt, so I may as well take it.” Remember that when you’re taking a probiotic, you’re swallowing trillions of bacterial spores, and there are rare situations in which those spores can set up a serious infection in your body. This complication seems to only occur in people whose immune systems are suppressed by drugs or other diseases, or who are critically ill.

Finally, pay attention to which probiotics you take. There’s a myth that all probiotics are the same, but because they’re not viewed as drugs, they are not regulated by the Food and Drug Administration, so there can be problems with quality control. When I put patients on probiotics, I’m very specific about what products to take. When you take a probiotic, you assume you’re ingesting trillions of bacterial spores that will hatch and result in live bacteria in your gut. But there are probiotics you can buy in which 99 percent of the spores are dead—you may as well throw your money away.

Joel Mason is a physician and senior scientist at the Jean Mayer USDA Human Nutrition Research Center on Aging and a faculty member at Tufts School of Medicine and the Friedman School.