Millions of people are taking bad advice about their diets, and it could be taking years off their lives, science writer David H. Freedman told faculty and students at the weekly Friedman School seminar on Sept. 17. Freedman, a longtime contributor to The Atlantic and author of Wrong: Why Experts Keep Failing Us—And How to Know When Not to Trust Them, and his colleague, Charles C. Mann, who writes for Science, The Atlantic and Wired magazines, addressed how science gets distorted in the popular press.

“Obesity robs Americans of a combined billion years of life. It’s one of the biggest health crises humanity has ever faced,” Freedman said. “Yet what are we getting from science journalism? We’re getting stuff that doesn’t reflect what scientists think.”

Take the current backlash against processed foods. The popular notion that avoiding these “food-like substances” will lead to weight loss and long life is simply not supported by any scientific research, Freedman said. Seemingly wholesome—organic, fresh, local, homemade—foods can easily be loaded with fat, sugar, salt and calories, he argued, duping even health-conscious consumers into an unhealthy, fattening lifestyle.

In a recent article Freedman wrote for The Atlantic, “How Junk Food Can End Obesity,” he also argued the “real food” movement ignores socioeconomic realties. “The poor are stuck with McDonald’s,” he said. “Why not make Big Macs healthier?” 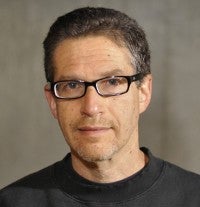 “The poor are stuck with McDonald’s,” said David Freedman. “Why not make Big Macs healthier?”
Freedman expected his article to be controversial. What he didn’t expect, he said, was the criticism leveled against him by fellow science journalist Tom Philpott at Mother Jones. Philpott wrote that Freedman focused too much on the calories found in so-called healthy food when “calories alone can’t fully explain” the obesity epidemic, an idea that elicited laughter from the audience of nutrition researchers and students.

“Articles should communicate what most scientists think,” Freedman concluded. “We have to figure out a way to communicate consensus science, not cherry pick reports and studies that prove whatever silly point you’re trying to prove.”

Mann, author of 1493: Uncovering the New World Columbus Created, has written extensively about genetically modified organisms (GMOs) such as those in food, and agreed with Freedman. “Every time I talk with researchers, time and time again they ask me why journalists don’t report what scientists think,” he said.

To prepare for his talk at Tufts, Mann sifted through 50 or 60 news stories, including those from the New York Times and other reputable sources. “Not one has a sentence saying the overwhelming scientific consensus is that there’s no hazard [from GMOs] to human health,” he said.

One problem is that science stories—particularly climate and GMO stories—get treated as business or political stories. “Science journalists, we’re a tiny minority,” Mann said. “Typically, journalists’ expertise is not science and they typically don’t have much time.”

But Mann didn’t lay all the blame at journalists’ doorstep. For one thing, “bad science constantly appears in [journalists’] inboxes,” he said, citing a well-publicized study from Cornell University that claimed GMOs killed monarch butterflies. It’s an almost irresistible headline, but the study actually showed a very tiny impact, Mann said, something you’d have to be comfortable with high-level statistics to determine.

And a writer on deadline, Mann said, is far more likely to find activists’ information online than any official position statements from scientific organizations. “Who is on science’s side?” he asked. “It took me several hours to hunt for position papers—they are not easily found. . . You’ll find no group of scientists who make it easy for people writing these stories.”

Like Freedman, Mann advocated clarifying the scientific consensus in any article claiming to frame the debate. But Mann also noted that sometimes the controversy isn’t really about the science. Topics like GMOs deserve more nuanced treatment, he said.

“If you talk to people who oppose GMOs, what they don’t like is that their food is controlled by large entities that they don’t believe have their interests at heart,” he said. “The GMO benefit to the consumer is virtually zero, but they are being asked to shoulder a risk they don’t understand. And the public is very right in this intuition. There’s no reason on God’s green earth to expect the system is looking out for them. And they have few ways to strike back.”

The audience, made up largely of Friedman School faculty and students, questioned the pair about their scientific training (both men have Bachelor’s degrees in sciences) and asked for specific examples of good science reporters. Freedman sang the praises of Nancy Snyderman, an M.D. who is chief medical correspondent for NBC News. Mann mentioned NPR’s food and agriculture correspondent, Dan Charles.

One student prefaced her question to Freedman by telling him she liked the controversial Atlantic article (“You’re the one!” he joked), but wondered if he really thought big food companies would be willing to make healthier products at the risk of losing consumers already accustomed to high-sugar, high-fat foods.

“No, they won’t do it for the good of mankind. But public policy and public pressure can make a huge difference,” Freedman answered. “But that’s the smarter question to ask. You’re the first person to ask me that.”