Don’t Put up Your Dukes

Jeswald Salacuse tells how and when to negotiate, and argues it’s the best way forward for individuals—and nations 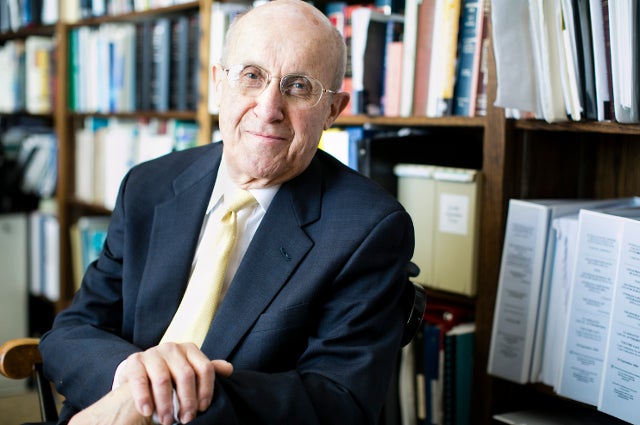 If you think that negotiation is only for brokering international peace treaties and that deal making applies only to corporate mergers, you might consider this story from Jeswald Salacuse’s new book, Negotiating Life: Secrets for Everyday Diplomacy and Deal Making (Palgrave Macmillan).

A father left his estate equally to his daughters, Janet and Claire. There was just one problem: the diamond ring he had worn all his life. They both wanted it. Neither would budge. And since you can’t cut a ring in half, there appeared to be no solution. Tensions between the two sisters mounted.

Finally, Claire asked her sister the critical question: “Why do you want the ring?” The answer broke the deadlock. Janet wanted just the diamond, perhaps for a pendant. Claire wanted the ring to remember her father and didn’t care about the diamond. Janet got the diamond, and Claire replaced it with her own birthstone and wore the ring.

The lesson is a fundamental one in the art of negotiation: ask the right questions to fully uncover the motivations of all parties—including your own—because that’s where compromise may lie, says Salacuse, the Henry J. Braker Professor of Law at the Fletcher School.

“When we think about negotiations, we think about grand strategies and diplomats sitting around a mahogany table in Geneva,” Salacuse says. “But the same dynamic takes place any time you sit down to solve a problem, be it getting your son to clean his room or a contractor to settle on a price. I try to translate the techniques that we read about in international relations and apply them to our everyday lives.”

On the one hand, Salacuse writes, negotiation is simple: communication between people to advance their individual interests by agreeing on a course of action. But the dynamics and tactics can be complex.

“For nearly everybody, negotiation is a mysterious black box that may result in agreements and decisions, but seems to follow no known rules or principles,” Salacuse writes. “The purpose of this book is to reveal the secrets of that black box.”

Negotiating Life is far more than a how-to manual. It extracts negotiating principles from a range of case studies—some historical, some from Salacuse’s own experiences as dean of both the School of Law of Southern Methodist University and the Fletcher School, as well as a consultant to multinational corporations, governments, international organizations and foundations. 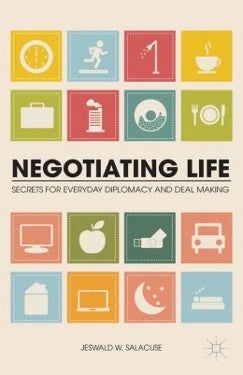 “That ring story is true,” says Salacuse, who co-founded the Fletcher School’s Negotiation and Dispute Resolution Program and serves on the faculty of the Program on Negotiation at Harvard Law School. He is also president of a World Bank arbitration tribunal.

The same principle demonstrated in the ring story is at the core of how two Bush presidencies tried contrasting approaches to negotiate and build international coalitions, according to Salacuse.

In 1991, George H.W. Bush led a coalition of 34 nations to war against Iraq in response to its invasion of Kuwait. His coalition was successful, Salacuse writes, because he used several elements critical to effective negotiations. He had longstanding relationships with all the world leaders. Nearly every day he talked with all those involved, a practice that led his staff to call him “the mad dialer.” And perhaps most importantly, Salacuse writes, he understood the other leaders’ interests and made certain they were accommodated.

“George H.W. Bush’s leadership was based on persuasion before action,” Salacuse writes. This, he says, requires forming relationships, understanding interests and finding ways to fulfill those interests in support of your goal. In this case, Bush senior promised United Nations involvement, new talks with the Israelis and Palestinians and a clear statement that the international community would not tolerate the invasion of sovereign nations.

When his son, George W. Bush, wanted to build a coalition to go to war against Iraq in 2003, things did not go as well. In fact, many countries that had participated in the first coalition, including France, Germany, Turkey, Egypt and longtime allies such as Canada and Mexico, refused. Bush assumed wrongly, Salacuse writes, that nations had no choice but to follow the U.S. because of its power and moral authority.

Neither Bush nor his administration made any effort to forge relationships or to understand and integrate other countries’ interests into their coalition building. It has been called the if-you-build-it-they-will-come doctrine, writes Salacuse, who is on leave from Tufts this semester, teaching a course he developed, International Investment, Development and the Law, at Harvard Law School.

There Are Always Alternatives

“No one has to follow you,” Salacuse says. “They only will if their interests are being met—if there is something in it for them. Otherwise, there are different strategies they can use to meet their own needs. One of the main principles of negotiation is that there are always alternatives for either side.

“Assuming people will just do what you say doesn’t really work,” Salacuse says. Whether you are leading a school or a company—or trying to get your spouse to help out on a home maintenance project—you have to be sure that what you are asking is in others’ interest, too. Then you can strike a deal in which everyone works toward a single goal.

In the book, Salacuse offers advice about where to hold a negotiation, how to prioritize your goals, how to ask the right questions, how to close a deal and how to prepare for a negotiation.

“Lyndon Johnson … actually rehearsed his negotiations out loud,” Salacuse writes. It was how he tested his assumptions about others’ intentions and about the impact his statements would have on others. These are critical to successful outcomes, Salacuse says.