Mental Illness Affects Us All

We need to overcome stigmas and advance our understanding, says Paul Summergrad, chair of psychiatry 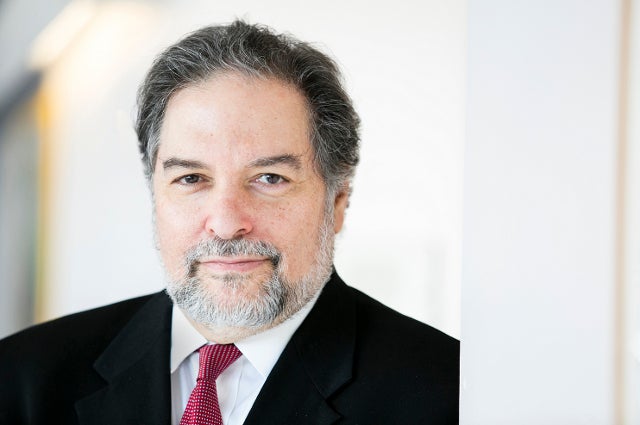 Mental health is a hot topic these days—and one that intersects with many other contemporary issues, including gun control and federal health-care reform. In November, the Obama administration implemented the final pieces of the 2008 Mental Health Parity and Addiction Equity Act. The law addresses the fact that mental health care benefits have traditionally been less generous than coverage for medical and surgical procedures. For example, copayments for office visits to a psychiatrist are often higher than those for visits to a cardiologist or other specialist. Additionally, the new rules extend parity to treatment for substance abuse.

Tufts Now asked Paul Summergrad, psychiatrist-in-chief at Tufts Medical Center and the Dr. Frances S. Arkin Professor and chair of psychiatry at Tufts School of Medicine, about the state of mental health treatment in the United States today. Summergrad, who will become president of the American Psychiatric Association in May, is board-certified in psychiatry, internal medicine, psychosomatic medicine and geriatric psychiatry.

Paul Summergrad: Probably 25 percent of the U.S. population has some form of mental health disorder. We’re not talking about disorders that affect somebody else. It’s not like people with mental illness are a special category living someplace else. They are our brothers and sisters, our parents and grandparents, our kids with ADHD or autism, our neighbors with depression or anxiety.

Not a day goes by that I don’t get a call from someone asking for help with a member of their family. These are people from all walks of life. Mental illness doesn’t care if you’re wealthy or impoverished, Republican or Democrat, religious or atheist. It can strike anyone. That’s why we need to figure out better ways to take effective care of these conditions.

Who is most at risk of developing mental health problems?

There’s increasing recognition that these are really disorders that affect young people. Depression, bipolar disorder, schizophrenia, substance abuse—these problems occur most often in childhood, adolescence and young adulthood. So by age 30, 75 percent of individuals who will develop mental disorders of some type will have already done so.

If you look at the levels of disability among people 20 to 50 years old, mental illness and substance abuse disorders are the most common causes of years of life lost to disability. These are disorders that affect people just as they are beginning to go out and put their lives together, and it can be very catastrophic.

We hear about mental health most often in the wake of violence and shootings. That’s understandable, but we need to take a much broader view. One of the striking statistics is that when individuals who have serious mental health issues are treated, their risk of committing a violent act is no higher than that of other populations. In fact, people with what is often referred to as serious mental illnesses—schizophrenia and bipolar—are much more likely to be the targets of violence than to be perpetrators of violence, especially if untreated illness has left them homeless or without social or economic supports.

How would you assess the state of mental health research and treatment in the U.S. today?

From a scientific standpoint, we are in the most extraordinary period in the history of neuroscience and psychiatric research. The rate and the pace of neuropsychiatric discoveries are simply extraordinary.

Beginning in the 1950s, we saw the serendipitous discovery of medications such as chlorpromazine for psychosis, lithium for manic-depressive illness and tricyclic antidepressants, as well as improvements to the reliability of our research and diagnostic criteria. At the same time, other work began to hint at a significant genetic contribution to psychiatric disorders.

Studies of identical twins adopted at birth to two different environments began to point in this direction. If one twin were to develop, say, bipolar disorder or schizophrenia, the likelihood of the other twin developing that disorder, too—even though they grew up in different environments—would be somewhere between 50 to 80 percent. Those are very high levels of heritability, so we certainly have a strong indication of genetic factors at work here. Intensive work on the genetic basis of these conditions, including genome-wide association studies, is one element of these investigations.

We’re also beginning to have the technology that allows us to take a look at these areas in the living brain and in living animal models in a way we never have  before. With structural magnetic resonance imaging [MRI] studies, functional magnetic resonance studies [fMRI], positron emission tomography [PET] scans and so on, we can look at anatomical abnormalities in the living brain, especially when people are placed in environments that are likely to stress specific cognitive or other capacities. In Tufts’ department of psychology on the Medford/Somerville campus, we have a number of world experts doing these kinds of studies in the living brain. [For examples, see “Headed for Trouble” and “Meaningful Assumptions.”—Ed.]

The brain will ultimately yield its secrets. The human brain is the most complicated biological organ on earth, and our ability to understand it has never been greater. But it’s going to take time and significantly increased investment.

Unfortunately, the budget sequester knocked out the equivalent of one of the institutes of the National Institutes of Health—and there are 20 in all. With the amount of research dollars tightening, even great proposals for studies are not necessarily getting funded. The pharmaceutical industry has backed off from that investment, too. So a large number of pharmaceutical companies are not pursuing neuroscience research. And that’s a tragedy because, globally, these are enormously disabling illnesses.

What’s the relationship between mental health and physical health?

We spend $2.7 trillion a year for all health care in the United States, while insurance expenditures for mental health and substance claims total about $95 billion.

In Maryland, a Medicaid study found that people with both mental health and substance use issues are 8 to 15 times more likely to be admitted to the hospital for medical reasons—like sepsis, diabetes, congestive heart failure—than people without those conditions. This co-morbidity is very common and needs greater focus in our efforts at health care reform. There are multiple studies—some pioneered by Tufts psychiatry faculty—showing that providing this integrated care may improve patients' overall health as well.

Why do people seem to put less emphasis on mental health care?

The stigma associated with mental illness is profound, and there’s a sense of blame and fault that’s associated with these illnesses. I think that stigma probably represents one of the great barriers to people reaching out and getting services. Look at veterans. Individuals are coming back with very high rates of PTSD, traumatic brain injury and depression, and because they are not getting help, we’re losing more veterans to suicide on a daily basis than in military conflict.

One of my favorite quotes about stigma and mental health is from Abraham Lincoln. He had severe depression, or melancholy as it was called in the 19th century. In 1841, he wrote a letter to Sarah Speed, his law partner’s sister, saying that “a tendency to melancholy is a misfortune, not a fault.” I can’t think of a better, more compassionate way to say it.

We need to move away from the notion that mental illness is a fault or a weakness, and move toward getting appropriate care. I think there’s a greater level of acceptance of people talking about mental health concerns than there used to be, but we’re still not at the comfort level where people talk more freely about cancer or even HIV.

How can policymakers address the stigma issue?

Certainly the Mental Health Parity and Addiction Equity Act has been very important. Mental illnesses and substance abuse issues can no longer be considered pre-existing conditions. And, more importantly, copayments or coverage limitations cannot be applied to mental illnesses in a way that doesn’t apply to other medical conditions.

The Affordable Care Act is going to be incredibly important, because it includes mental health and substance abuse help as essential health-care benefits. It’s estimated that somewhere between 50 and 60 million people may now have mental health coverage who never had that kind of coverage before. That’s really important, especially when you consider that these are diseases that manifest in young people and that afflict people for a long time. The World Economic Forum found in 2011 that mental health conditions are worldwide the second most costly illness burden for the global economy. Relieving this kind of human suffering is critical from a development standpoint.

It’s been 50 years since President Kennedy signed the Community Mental Health Act. He said that individuals with mental health issues “should no longer be alien to our affections or beyond the help of our communities.” I think we’re moving in that direction, although not always in a straight line.

Five Ways to Improve Your Work Habits in the New Year

Your New Year’s Resolution: Accept Yourself