Dumb and Dumber, Thanks to GPS

Our navigational devices don’t really help us—and if our kids follow our example, their spatial abilities could be lost, says Tufts psychologist

What do a commuter taking a detour on the way to work and a youngster fashioning a bird out of a sheet of brightly colored paper have in common? They’re both depending on spatial cognition to complete a task.

Being able to interpret the three-dimensional world around us and to use that information to solve problems is an often-overlooked skill, says Tufts psychologist Holly Taylor. That ability benefits both adults and children in myriad ways, from helping drivers navigate to preparing kids for their future careers.

The trouble is that some of our beloved electronic devices could be a detriment to spatial cognition.

Taylor, a professor in the School of Arts and Sciences, studies spatial cognition and comprehension. In her lab, she and her colleagues have investigated such topics as the effect of navigational aids on memory and whether learning the Japanese paper art origami can increase children’s abilities in all sorts of practical fields such as science, technology, engineering and math.

In one study, she and doctoral student Aaron Gardony looked at subjects who had to find their way through a virtual neighborhood, both with and without navigational aids such as a GPS. In the end, all of them navigated from point to point just as efficiently, regardless of whether they had the GPS. But Gardony’s work also showed that the use of navigational devices actually impaired their memory of where they had been.

Tufts Now: How could people do just as well without the GPS device as with it?

Holly Taylor: People use GPS because they feel they’ll navigate more efficiently, and they see it as a security blanket, to some extent. What we found is that only very early on when navigating from point to point to point in an unfamiliar environment did people with the navigational aid do better than people without it. Very quickly, the people without the navigational aid seemed to learn the environment and navigate just as efficiently as those with the GPS.

But people who had the navigational aid had significantly worse memory about what was around them. And this was on multiple different measures, such as pointing from one landmark to another or drawing a map of the environment.

One of the main reasons is that the GPS draws attention away from the environment.

But don’t some people just have a terrible sense of direction? Wouldn’t the navigational aids have helped them?

There are individual differences, and this is not to discount that some people are better at spatial tasks. But we had each subject working both with the navigational aids and without, and across the whole group, this was what we found. 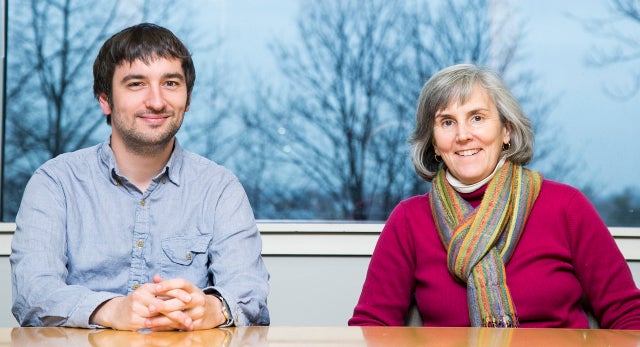 Navigational aids are not going to go away. People feel more comfortable having them, as sort of a crutch. But they don’t seem to have the benefits for navigating that people attribute to them. If you put yourself in the environment and navigate through it, you can do pretty well, and you’ll remember it better.

So what’s the lesson from this?

People should re-engage with their environment, rather than offloading to GPS or smartphones. By paying attention to your environment, you can learn it, so that when things go wrong—your GPS stops working, it gets stolen, you’re in somebody else’s car, there’s a detour somewhere and you can’t stay on the usual path—you’re able to do it. It also sets the wrong example for kids. Seeing their parents always using a device—that sort of suggests that it’s the thing to do, that navigating through your environment and figuring out where things are is not the way to do things.

Speaking of children, you have also done research that supports the idea that improving spatial cognition helps them do better in the STEM (science, technology, engineering and mathematics) fields.

There’s a lot of work that’s been done over the past 35 years looking at spatial abilities and how that relates to retention, perseverance and ability in the STEM disciplines. My work relates to training in spatial skills, and it’s been shown very nicely that such training is effective. In my work, kids engage in origami and pop-up paper engineering lessons. After doing so, they did better on standard measures of 2D-to-3D mental transformations. What we’ll be looking at next is the question of whether this training translates to performance in STEM disciplines.

You’re involved with a spatial cognition program called Think3d! in elementary schools in rural Vermont and New Hampshire. What’s that?

The approach that my collaborator, Allyson Hutton, who is an architect, and I have used is a program that employs origami and pop-up paper engineering to help young students translate two-dimensional objects into three-dimensional ones. Some of this has also been done with college students.

We don’t actually teach origami—we don’t say, “Now fold this, and then fold this.” We say, “Here are the diagrams and instructions; you figure out how to do it.” Or we use reverse engineering, and we show them an origami object already made, and tell them to take it apart. Figuring out how to make or modify objects has been shown to help people make great gains in spatial thinking.

Are there other methods of teaching these skills?

In other studies, researchers have used perspective drawings and even video games, such as first-person shooter games, all of which have been shown to improve spatial thinking and have been linked to improved STEM outcomes.

I don’t have very good spatial abilities. Do you mean playing Call of Duty could improve them?

It may not hurt to try it.