A Window on How Language Develops 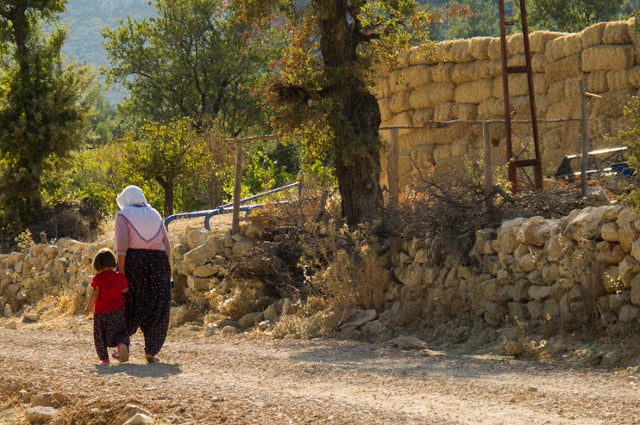 Linguists have long debated what aspects of language are transmitted through culture and what aspects must be hard-wired into our brains. But it’s impossible to take away the culture and study language development in isolation: you can’t raise a baby in a laboratory and see if she figures out how to talk. So when a newly developed language is discovered, researchers are tantalized by the opportunity to learn how its speakers developed a way to communicate.

All spoken languages have ancestors that can be traced back into the mists of time. But about 30 years ago, researchers began discovering sign languages that have arisen spontaneously where a deaf community has come into existence. Last year Rabia Ergin, a doctoral student in cognitive science, happened to mention at a research seminar that she had deaf relatives who speak a sign language used only in two small villages in Turkey. Ray Jackendoff, co-director of Tufts’ Center for Cognitive Studies, who was running the seminar, remembers that moment: everyone in the room suddenly sat up straight and uttered a collective Wow! 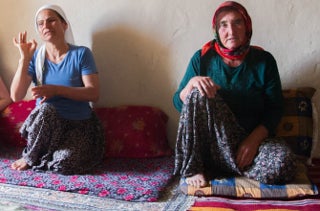 Villagers using what the researchers call Central Taurus Sign Language.
Here was a chance, says Jackendoff, “to study the bigger issues of linguistics and cognitive science; here’s something that starts with zero input from the culture, and yet it develops into a language over time.”

Central Taurus Sign Language, as Ergin and Jackendoff have named it (after the mountains in the region), is one of only about 10 known “village sign languages.” Ariel Goldberg, an assistant professor of psychology and co-director of the linguistics minor program, explains that 90 percent of deaf people are born to hearing parents. If no one in the family knows sign language, deaf children often come up with a “home sign,” a rudimentary communication system that begins to show some elements of language. For example, a deaf child might point to his sister, then lift a hand to his mouth, to mean "sister eats."

But when multiple speakers of home signs start communicating with each other, and when hereditary deafness occurs over several generations, says Goldberg, each generation builds on the system, creating a village sign. If enough speakers use a village sign over a long enough period of time, they can develop it into a full-fledged sign language. The progression from home sign to village sign to a full sign language “can provide a window onto how language is developed,” says Goldberg—and clues about the human brain’s hard-wiring for language.

Like spoken languages, fully developed sign languages have their own structure and complexity; there are dozens around the world. The United States uses ASL, which is different from, say, British Sign Language. Sign languages are unrelated to the spoken language in their country of origin; ASL is in some ways more like spoken Chinese than it is like spoken English. One of the first things Ergin did after the research seminar was to ask her brother in Turkey to videotape their relatives to show that they were not speaking standard Turkish sign language; they weren’t. 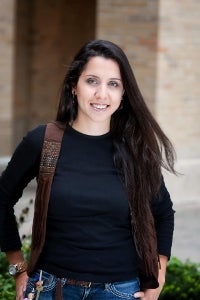 Rabia Ergin, who learned the basics of the sign language as a child visiting relatives.
Ergin and her parents spent summers in the village of some 450 people in southern Turkey where her mother had grown up. Ergin communicated with some 21 relatives in the village—grandparents, aunts, uncles and cousins—using the basics of the sign language that she learned as a child. Seven generations of her family have a genetic condition that causes deafness. Ergin’s best guess is that CTSL has come into existence over the last three or four generations.

Last summer, Ergin and two other researchers traveled to the village to begin documenting the structure of CTSL. She and Naomi Berlove, another student in the cognitive science Ph.D. program, will travel again to the village to continue the research.

Ergin has been analyzing the linguistic organization of CTSL with a focus on its grammatical structure and how the grammatical structure conveys meaning. Berlove has been examining the language’s repertoire of hand shapes and movements—the counterpart of sound structure in spoken languages. They will also compare CTSL to other known village sign languages to see whether there are common elements among them. Some undergraduates who have learned American Sign Language (ASL) have been helping with the analysis.

“The interesting thing to me is that we can see what humans can invent on their own,” says Berlove. “For every other language, you have thousands of years of history to rely on, and that makes it look like learning a language is just a matter of soaking it up from the culture. Studying this language that’s been born in a vacuum lets us see what people in a short amount of time can create—and how.”

Goldberg says it will be fascinating to learn more about how the language is structured. “I could mime a shiver, and you’d know I mean I’m cold, but there’s no system to it—it’s not grammatical. How do you go from a state where you don’t have any rules to one where people form grammatical sentences? Part of the mystery is how these rules develop.”

Jackendoff adds that there has been a great deal of discussion among linguists recently about the nature of complexity in language: how it is learned by children and how it develops over historical time. “We anticipate that CTSL will provide an important data point on the continuum from rudimentary home signs to fully developed languages,” he says. “But we need to study all the details to learn what this language is telling us. Every language is full of surprises, and that’s part of the fun of this field.”

Birds Got Rhythm, Telling Us Something About How We Form Speech and Movement