Stuart Levy, director of the Center for Adaptation Genetics & Drug Resistance at Tufts School of Medicine and co-founder and president of the Alliance for the Prudent Use of Antibiotics, explains

Continually under attack by noxious substances in their environments, bacteria have developed many clever mechanisms to survive. When confronted with an antibiotic, they can destroy it with enzymes, rendering it harmless. Some can transport the antibiotic out of a cell via what are called efflux pumps, thereby protecting the inner cell. Alternatively, they can substitute a drug-resistant target for one that is susceptible to the antibiotic.

They do all this by assimilating one or more resistance genes into their genome, mitigating the effect of a drug that attacks them. For example, a bacterium initially may be susceptible to the antibiotic tetracycline, but through a variety of gene exchanges, it can incorporate a tetracycline-resistance gene, which then programs the bacteria to resist tetracycline. 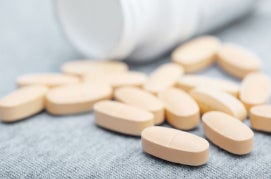 As patients, we should use antibiotics only when needed—for bona fide bacterial infections, says Stuart Levy. Photo: DepositPhotos
It’s these newly resistant bacteria that can spread their resistance to other bacteria in the environment. They typically do this by a “mating” process that is unique to bacteria. Bacteria are notoriously promiscuous with their DNA, and although each may be evolutionarily distinct, they are completely capable of adding their resistance traits to many diverse types of bacteria.

In many respects, this activity is so dramatic, and the genes so versatile and dispersed, that it truly rivals science fiction. The recognition that bacteria could become multidrug-resistant came as a surprise in the late 1950s and early 1960s. Over the span of a few decades, resistance to single antibiotics has been replaced with multidrug resistance. The arena of infectious disease is now beset with multidrug-resistant bacteria, undermining our capacity to cure formerly treatable illnesses and leading the Centers for Disease Control (CDC) to issue warnings of “nightmare bacteria.”

How can we combat resistance? The classic approach has been to continually develop new antibiotics that can circumvent these resistance mechanisms. But the pipeline for new antibiotics is now nearly dry. Thus, we must aggressively pursue alternative approaches in both our homes and our health-care institutions. Prevention of infection will, of course, avoid the problem altogether, and proper hygiene—that is, regular hand washing—is a proven but still largely underutilized intervention.

As patients, we should use antibiotics only when needed—for bona fide bacterial infections and not for viral infections such as a cold, flu or bronchitis. When antibiotics are prescribed, we should take the complete prescription as directed by the physician. We must refrain from stockpiling partial doses for future use. By using antibiotics appropriately, we can avoid the selection and subsequent buildup of resistance traits, all of which are potentially transmissible beyond the individual to society at large.

With concerns about mercury poisoning, is it safe to give canned tuna to cats as a treat?

Why does my stomach growl and make noises?