Training the Brain to Focus 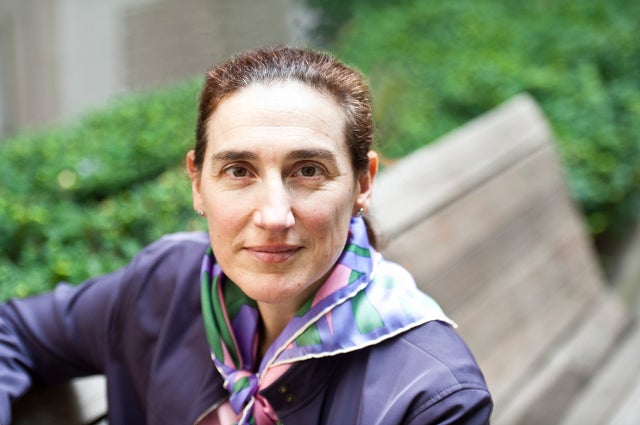 About one in 10 school children suffers from attention deficit/hyperactivity disorder (ADHD), according to the Centers for Disease Control and Prevention. Linked to measurable differences in children’s brain structures and brain waves, ADHD can have dire effects on children’s academic achievements and lead to disrupted classrooms.

The CDC reports that as many as 3 million American elementary school children now take medications to control their symptoms. But these drugs don’t work for everyone. Worse, their potential side effects can have serious consequences for kids who also have heart conditions, eating or digestive problems or mood disorders such as depression.

In a recent study, Naomi J. Steiner, director of the CATS Project (Computer Attention Training in Schools for children with ADHD) at Tufts Medical Center, and her colleagues found that computer-based attention-training exercises significantly improved the ability of kids with ADHD to focus and pay attention.

The team tested two kinds of computer training systems. The first, computer cognitive attention training, uses computerized brain exercises to strengthen key mental skills such as short-term memory, eye-hand coordination and visual processing through a series of game-like activities. The second, neurofeedback, measures children’s brain waves in real time and provides visual and auditory feedback that can help them harness their ability to focus. The researchers found that both systems ameliorated the symptoms of ADHD, with neurofeedback outperforming computer cognitive attention training.

What’s more, the team found that the effect lasted months after the computer-based training sessions ended. The results of the large-scale clinical trial, published earlier this year in the journal Pediatrics, bolster the positive findings Steiner and her colleagues saw in a pilot study they conducted previously.

That’s encouraging news, because these therapies—some of which are commercially available to the public and many of which have been adopted by school systems in every state—aren’t yet covered by health insurance policies, nor will they be without a data showing their efficacy. Steiner’s body of research is one more step down that road. (See the story “Your Brain on Video Games.”)

Tufts Now asked Steiner, who is also an associate professor of pediatrics at Tufts School of Medicine, what her results could mean for children with ADHD, their families and teachers.

Tufts Now: What is the best age to start neurofeedback training? Is it ever too late?

Naomi Steiner: Neurofeedback training covers all ages. It works through the principle of brain plasticity, which means the brain can adapt by responding to stimuli or input from the environment. We can train the part of the brain that is responsible for attention—the frontal brain—by using the brain’s capacity to change. Plasticity is at the highest in younger children and tends to decrease throughout life. Neurofeedback training would be appropriate for all elementary school-aged children, but we know it has also been helpful training attention in adults, even in the 50-plus group. For that age group, we are talking about more than just attention; it also helps keep up cognitive skills. So neurofeedback can have different purposes at different ages, but there is always the same goal: improving brain function.

How soon can people expect results?

That’s extremely individualized. Middle and high school students and adults might start to see results around session 10 or 15—perhaps more or less; it really depends on the individual. Younger children take longer. There’s a huge divergence.

What’s interesting with neurofeedback is that adults only require 20 sessions compared with around 30 to 40 for elementary school kids. We think that’s because while children benefit mainly through brain plasticity, adults use what we call metacognition; that is, they think about how they’re thinking and learning. They are aware of how they can use the skills they’re learning to bridge their deficits. This, along with the neurofeedback, really is quite a tremendous combo for adults with ADHD and attention/organization difficulties.

Is it necessary to have an official ADHD diagnosis to take advantage of neurofeedback training?

That’s one of the questions I get most often. Medical doctors use a diagnosis because treatment for ADHD traditionally has been based in the medical office, and the number-one treatment has been medication, although of course behavioral therapy has been shown to work. Stimulant medications are psychotropic medications, which have side effects, so having a correct diagnosis, meeting the full diagnostic criteria, is very important.

On the other hand, we do not know of any side effects of neurofeedback attention training, so receiving the attention training doesn’t require a medical diagnosis of ADHD. Why not just train our brains to become better? We can start to look at attention skills as a spectrum. We can have parents and teachers as well as the students and adults themselves identify problems—inattention, inability to complete assignments, forgetfulness, disorganization. They can take advantage of these techniques to train their brains. This is a huge paradigm shift.

You have identified zero side effects?

We really did not see any side effects in our study. Obviously, having the kids being pulled out of the classroom for 40 sessions could be seen as a lot of time out of the classroom. But some of these children are not having a very positive experience in school. For some of them, this may have been the first time they were being given a fair chance to improve at something at their own pace. One of the added benefits we noticed in these children was that they gained self-confidence as they progressed throughout the neurofeedback intervention.

Does a child have to stop taking medication to use the cognitive training programs?

No. This was one of the first studies that included children on medication as well as children not on medication. The group taking medication progressed just as much as the group who were not. This is really important as a clinical finding, because it means that if a child is on medication and needs it to function while he or she does the neurofeedback intervention, that’s OK. They don’t have to choose.

It sounds like you think we all could benefit from brain training. Should we all try it at home?

I think right now it should be done through practitioners, as the programs are sophisticated and require some outside support. But as this technology becomes more accessible, different treatment modules will evolve depending on treatment goals. I think this is something many families will be taking into consideration, perhaps in consultation with a therapist. More and more school systems are becoming interested, too. From the public health perspective, giving access to these kinds of interventions to all children during the school day is a dream goal.

Quite simply, we have found it helps kids pay attention. Students will say, “I’m starting to realize when my mind wanders.” Or “Yesterday at school, I realized I wasn’t paying attention, and I can bring myself back now.” As they continue to practice, they strengthen the part of the brain responsible for focusing.

The brain training also decreases hyperactivity and impulsivity. Hyperactivity is the lack of ability to control the body. Impulsivity is the lack of ability to think twice before doing something. What it looks like on the playground is snatching a toy without asking. Or in the classroom it’s shouting out answers without raising your hand. Kids like this get into trouble very early. Let’s not forget, they aren’t doing it on purpose. But they get labeled; they develop low self-esteem, and school does not become a fun place for them to be.

What else does it improve?

It also turns out that executive function, which we know is related to attention and also is seated in the frontal brain, improves significantly. This is huge news. Executive function skills relate to the brain’s ability to orchestrate what it’s about to do. And they are extremely important, because as soon as kids hit middle school, life becomes all about how good you are at organizing your time. You have four teachers, in four classrooms. Which one do you go to at what time?

Many students will automatically color code their assignments. Other students will need to be taught those kinds of self-management skills. They can be taught, but it’s even more remarkable that neurofeedback training could be used to support the teaching. Having teaching and brain training both used synergistically is a really exciting idea.

Birds Got Rhythm, Telling Us Something About How We Form Speech and Movement