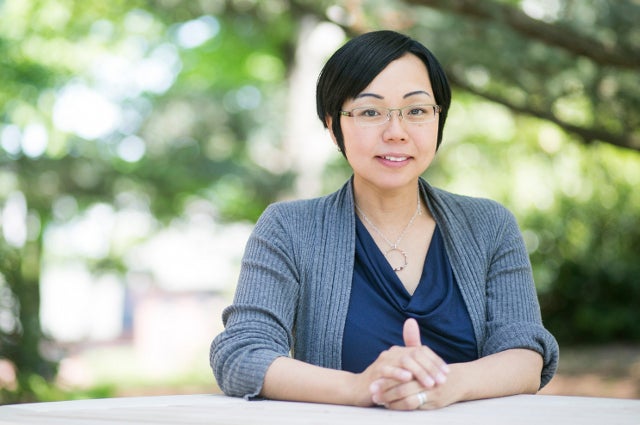 Whether you recall high school fondly or shudder when you leaf through your yearbook, you’ll probably recognize the kinds of students discussed in a new report issued by CIRCLE, the Tisch College research center that studies youth and civic engagement.

Kei Kawashima-Ginsberg, CIRCLE’S deputy director, describes the kids we all encountered, what she calls the leaders, the brains, the athletes, the artists, the slackers and the invisibles. In her research, she has looked at the kinds of activities students engage in, and has noted who is involved and who is left behind and how this might affect civic development. Involvement in extracurricular activities, she says, strongly relates to academic performance and self-esteem and predicts future civic engagement.

“We are interested in learning about how and why young people become active citizens,” she says. “We know that having opportunities to engage in activities is a great pathway to understanding how a community works, learning about problem solving and negotiating with others.”

Kawashima-Ginsberg took data from an ongoing survey project called Monitoring the Future, which is based at the University of Michigan. Starting in 1975, the program has surveyed approximately 50,000 12th graders annually, posing questions about behavior, attitudes and values.

Social class, her report says, is a key consideration in understanding opportunities for extracurricular engagement. While middle-class adolescents learn life skills such as time management, adaptability and the ability to work under pressure through their activities, high schoolers without the information or resources to participate in clubs and programs may be deprived of these benefits.

Kawashima-Ginsberg links her types of students to characters in the Harry Potter series, and finds, not surprisingly, that the leaders—those students who (like Harry Potter himself) participate in many activities—do as well academically as the brains (like Hermoine), who are focused on academics instead. The artists (think Luna Lovegood) are dreamy and independent, while the athletes (like Ron) are social and tend to enjoy life.

Slackers (like Fred and George) are disengaged from school and don’t participate in organized activities, in part for economic reasons. Their primary activity outside of school is visiting friends and hanging out. However, many have part-time jobs. In those relatively unstructured settings, young people may learn different sets of skills, such as collaboration and negotiation, because they have to deal with disagreements or conflicts on their own rather than relying on adults to help them through.

It is the invisibles (like Neville early in the series) that are concerning. “This is the group that worries us the most,” says Kawashima-Ginsberg. “They’re not engaged in organized activities or social activities, either. They are not visiting friends or going to parties. They are the kids nobody pays attention to. They are not troublemakers and don’t show signs of negative behavior but have low self-esteem, low grades and low academic aspirations.”

Kawashima-Ginsberg says more needs to be done to help reach the invisibles. Schools could offer more programs that are free and make sure transportation is available. Outreach needs to start before the end of high school. “Some kids are really quiet, and they need help exploring their interests early on,” says Kawashima-Ginsberg.

She notes that she and others at Tisch College apply what they learn in studies like this. In this case, “we strive to reach out to students who may not be naturally inclined to come through our door through formal programs,” Kawashima-Ginsberg says. “We offer and create multiple entries into active citizenship.”

The report also reveals that while contemporary teenagers may resemble members of your own high school class, there are differences. Kawashima-Ginsberg says that 20 years ago, a student leader might have played lacrosse and been in the drama club, but that today a similar kid would have narrower interests. Students now are more defined by the type of activities they pursue.

High school students spend their socializing time differently as well. Over the last three decades, patterns have shifted drastically, with the biggest changes occurring during the last 10 years. Overall, adolescents spend less time physically visiting friends than they used to, choosing to connect through Facebook or other social networking platforms. In 1981, 49 percent of young people visited friends almost daily, but in 2011 that number dropped to 38 percent, while 70 percent reported visiting a social networking site nearly every day.

“Our calculation suggests that a typical 12th grader now spends well over 40 hours a week on electronic devices, chiefly texting, surfing the Internet, and in online gaming,” the Tisch College report says. Other activities have declined or been supplanted by online activities. In 1981, 84.6 percent of 12th graders reported reading a book, magazine or newspaper at least weekly, but by 2011 that number was 55.6 percent. In 1981, 63.6 percent of 12th graders reported going to the movies at least once a month, and by 2011 the number was 49.9 percent.