A Tufts alumna explains how Africans, Afro-Caribbeans and African Americans view one another 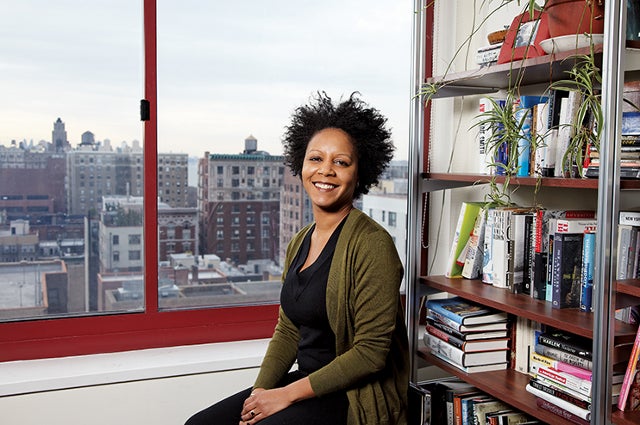 As a black woman who’d gone to a mostly white high school, Christina M. Greer, J00, was looking forward to a more diverse student body when she arrived at Tufts in 1996. At an orientation for students of color attended mostly by students from Africa and the Caribbean, however, she was surprised when the facilitator asked how many of their parents had warned them against getting “wrapped up with the black kids.”

That was the beginning of a fascination with the different racial identity of black immigrant groups. Now an assistant professor of political science at Fordham University, Greer has produced a book on the subject—Black Ethnics: Race, Immigration, and the Pursuit of the American Dream—that quantifies how native-born and foreign-born blacks agree and differ in their views.

Immigration by Africans and Afro-Caribbeans has increased sharply in recent years. Their numbers in the United States have grown from 816,000 in 1980 to 3.3 million today (the U.S. population of native-born blacks is about 38 million). Yet, says Greer, these immigrants have been hesitant to define themselves as African American. That’s largely because black immigrants are often perceived, by whites and blacks alike, as harder-working and better educated than their native-born peers.

Greer documented such attitudes in a survey of public service workers in New York City—a traditional port of entry for Afro-Caribbean immigrants, and lately one for African immigrants as well. In her study, Africans were deemed the most industrious group: 63 percent of black Americans, 85 percent of Afro-Caribbeans, and 75 percent of Africans rated them either “very” or “extremely” hard-working. All three groups rated Afro-Caribbeans nearly as favorably. Black Americans were perceived to be the least hard-working of the three groups, even by native-born blacks—only 40 percent of whom rated their own group as very or extremely hard-working. Because of that stigma attached to being African American, black immigrants have often continued to identify as Caribbean or African in an attempt to reap the benefits of higher social status from blacks and whites alike.

Greer also found marked differences in attitudes toward America. When she asked participants whether they believed in the “American Dream”—the idea that anyone has a reasonable chance to achieve success through hard work—she found that Afro-Caribbeans were the least likely to say yes. Africans, the most recent arrivals overall, were the most positive toward opportunities for class advancement.

Why these differences? Greer speculates the reason may be that black Americans have seen some advancement into the middle class, while black Caribbeans feel shut out of the system. “They say, ‘We’ve been here three or four generations, and all these people who got here after us are better off because they don’t have black skin,’” she says.

At other times, however, the immigrant groups identify with African Americans. Sometimes that is because they are forced into the category by the perceptions of whites. “I can be Jamaican all day long, but when a black boy gets shot in broad daylight, the policeman is not going to ask if I am Jamaican or black American,” says Greer. “Ethnicity goes out the window when you are being racially profiled.”

Similarly, Greer found native and foreign-born blacks often joined together in their political views. Her survey showed that they favor increases in public education and health-care spending in percentages higher than whites. And despite real differences on social and religious issues such as gay marriage and abortion, all three groups identify overwhelmingly as Democrats. At the same time, they showed different degrees of allegiance toward the two parties, with Africans feeling more warmly toward Republicans than the other groups felt.

These sociological differences have direct impact on how the groups might work together—or not work together—politically, says Greer. Republicans have largely lumped all three groups together in writing off their votes—a tactic Greer sees as a mistake. “They haven’t bothered to dissect the black vote and tap into issues that are important to different parts,” she says. “The longer they are ignored, the more they will become solidified.”

In sum, the snapshot Greer provides shows areas of agreement, as well as some real differences that could stand in the way of the three groups’ making common cause on political issues. Greer points out, however, that she conducted her survey in 2005 and 2006, before Obama was elected president and before the financial meltdown of 2008 put greater economic pressure on immigrant groups. More research on the changing views of black Americans and immigrants is needed in order to create an accurate picture of how they think and how they can act politically.

“A lot of people want to write the book that ends the conversation, that says, ‘I’ve figured it all out.’ That’s the antithesis of why I wrote this book,” says Greer, who hopes she can help urge people toward a more nuanced vision of the different groups we think of as black. “My book is just the beginning chapter in what will hopefully spawn a whole other notion of black identity.”

This article first appeared in the Winter 2014 issue of Tufts Magazine.

Michael Blanding is a Boston-based writer and a frequent contributor to Tufts Magazine.