In a new book, Paul Joseph recounts what happened when social scientists took up residence with the U.S. military in Iraq and Afghanistan 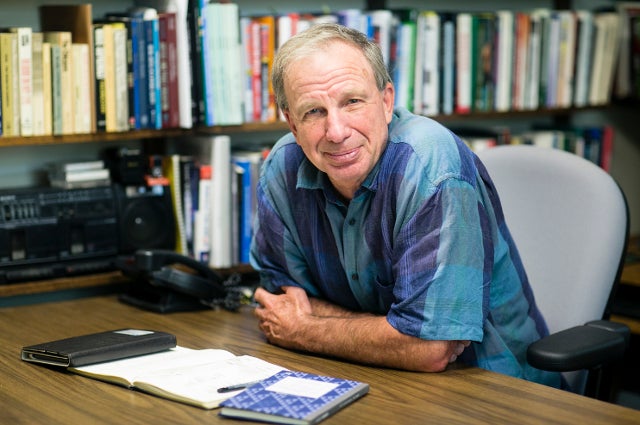 When improvised explosive devices were killing or maiming increasing numbers of American soldiers in Iraq and Afghanistan in 2005 and 2006, military commanders realized that their lack of knowledge about the region’s culture—and the effect of combat operations on local communities—could, in fact, be contributing to the surge in casualties.

The U.S. Army looked outside its ranks for help, and in 2007 began embedding social scientists in combat units in Iraq and Afghanistan through a program called the Human Terrain System. Anthropologists, sociologists and political scientists were recruited to research local customs and governmental and religious structures so that military commanders could make better decisions in the field. By 2011, small teams of social scientists were embedded in every combat brigade in Iraq and Afghanistan.

The program claimed some successes. In some cases, the Army said, the social scientists helped commanders evaluate situations through a local lens and thus curtailed some combat operations and reduced casualties. But the American Anthropological Association raised concerns, fearing that the information developed could be used to target populations in the war zones. The social scientists who have participated in the program so far also took risks; three were killed and five seriously injured.

Paul Joseph, a professor of sociology in the School of Arts and Sciences and a longtime scholar on issues of war and peace, became intrigued by the Human Terrain System, or HTS, as it is known. His new book, “Soft” Counterinsurgency: Human Terrain Teams and U.S. Strategy in Iraq and Afghanistan (Palgrave Pivot), is based on his observations of HTS training as well as interviews he conducted with social scientists returning from the war zone and with brigade commanders who were familiar with the program.

Joseph talked with Tufts Now about what he learned.

Tufts Now: Do you think the social science–based Human Terrain System was the right fit with the military?

Paul Joseph: There is a conflict between military culture and that of social science. The army is there to fight and win a war, and the core of that goal is the application of lethal force. Social science tries to discover patterns of social relationships. These relationships might include violence, but the research act is not supposed to be violent itself. So right there you’ve got two cultures pulling in very different directions.

There are other differences as well. The timeframe for the military is as soon as possible, and decisions are made quickly, without necessarily having full knowledge. The timeframe for social science is much more leisurely; it takes time to investigate a situation in more depth. Traditionally, a sociologist or anthropologist interested in investigating another culture does a year or two of work in preparation, learning the language, culture and history. There was no time like that in HTS. Everything was urgent.

What did the brigade commanders think about the program?

Some were open to the idea, but not everyone was. Some didn’t know what to do with HTS personnel. There was a clash of cultures. I heard dismissive comments from military personnel, such as “He’s just an egghead,” while the civilians in HTS could be equally contemptuous, saying things like “He’s a redneck know-nothing.”

The people I interviewed were competent, though they weren’t full-fledged area specialists, which would have been ideal. They didn’t pretend to have a lot of in-depth knowledge about language, culture and traditions, but were competent in the sense that they could communicate, were highly motivated and had research skills. But other participants in HTS were not competent by any definition of the term.

You argue that the HTS teams taught “cultural awareness” rather than “cultural intelligence.” Can you explain the difference, and what that meant in the field?

Cultural awareness is descriptive of the situation you are investigating—the key habits and rituals and behaviors—a description of what’s on the surface of social life. It consists of dos and don’ts: you take time to drink tea; you ask about someone’s family; you don’t eat with your left hand; you don’t pursue a Western notion of efficiency in your first meeting. I’m sure there were cases where HTS provided this awareness to military commanders that reduced friction with the local population.

Cultural intelligence is about understanding the stronger, motivating forces in the local population, and anticipating how one’s actions are going to intersect with them. You not only understand the social rules and norms, you modify your own behavior to take that into account. So in terms of military strategy, cultural awareness might help you conduct a meeting and know what you should not do. Cultural intelligence is taking steps that will win true support from the local population.

Was there much cultural intelligence that was developed?

A lot of what they talked about was common sense. For example, they told the commander you don’t put a porta potty 10 feet from a mosque.

Some of the HTS people I interviewed pointed to real problems. But commanders either ignored that advice, or they were smart enough to recognize the same problems, but figuratively threw their hands up in the air because the depth of the problems meant they were too difficult to change.

It’s easy to say to a patrol, Don’t knock down doors, don’t glare, take your time, inquire about someone’s family—it’s kind of an easy fix. Questions of corruption or supporting the wrong people or intervening in a dynamic that you don’t really understand are something different.

What is your take on HTS?

Does the HTS program still exist?

Yes, but all the combat brigades have been withdrawn from Iraq, and they are coming out of Afghanistan now, so the need for personnel is declining. At same time, there’s talk of using some reconfigured teams in Africa and other places as well. There is no specific plan right now, but the program hasn’t been jettisoned.