The Future of Money?

Bitcoin isn’t your grandfather’s currency, but some variant of it might be yours in the future, says a Fletcher business expert 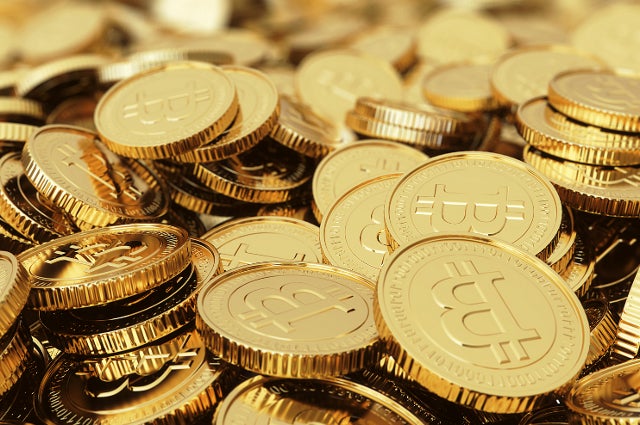 We all know how to make money: get a job, make things and sell them, maybe play the stock markets. But what about creating a whole new kind of money?

This is just what the digital cash known as bitcoin has done. Bitcoin—the U.S. Treasury calls it a “decentralized virtual currency”—can be used to buy products and services. The largest reported bitcoin purchase was a $500,000 villa on the Indonesian island of Bali, but it is also used for smaller items such as sandwiches and candy bars. More than 9,000 online retailers worldwide now accept bitcoins, including Amazon, Target, CVS and Subway.

So what exactly is a bitcoin?

“The electronic transactions you and I engage in with our banks and our credit cards are measured through currencies that are all backed by the central bank of a given country,” says Bhaskar Chakravorti, the senior associate dean for international business and finance at the Fletcher School and executive director of Fletcher’s Institute for Business in the Global Context.

“Bitcoin is a parallel system because it is not backed by any central bank,” he says. “It is a new form of currency that is expanding the supply of money substitutes without the authority or backing of any central bank or country.”

If that sounds like risky business, it can be, especially because it is difficult to understand what gives bitcoins their value. “As a colleague who participated in a recent NPR show on bitcoin that I spoke on commented, bitcoins are like Kim Kardashian—they have value because people believe they have value,” says Chakravorti. The value of bitcoins fluctuates based on supply and demand; a bitcoin you bought for $900 may only be worth $9 when you go to use it, he says. 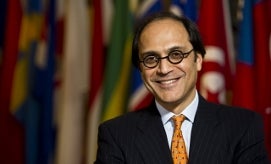 “All the controls of governments and central banks are gone, but so are all their guarantees,” says Bhaskar Chakravorti. Photo: Alonso Nichols
In other words, buyer beware. If you purchase bitcoins from one of many large and small digital exchanges, what you get are a series of numbers. Each represents a bitcoin that you access through a “digital wallet.” But if you lose that wallet, you’ve lost your bitcoins for good. And if the exchange you are using fails—that is, the place where your bitcoins are digitally stored—your money is gone, too.

“All the controls of governments and central banks are gone, but so are all their guarantees,” says Chakravorti. “There are no refunds or recourse with bitcoins.” Even so, it’s likely that bitcoin—or, more likely, a variant of bitcoin that abides by some minimum rules and regulations—is here to stay, he says, though it represents just a tiny percentage of the some $60 trillion circulating in the world economy today.

Disillusionment with large financial institutions blamed for the 2008 economic crash motivated the creation of bitcoins in 2009, Chakravorti says. The fact that no one has been able to uncover the identity of bitcoin’s inventor or inventors, who choose to be known only by the pseudonym Satoshi Nakamoto, speaks to the very populist nature of the bitcoin system. “No central authority controls it, as the inventor intended,” he says.

“People felt the institutional systems that were governing finance and financial transactions weren’t what they were cracked up to be. Along with that, there was the growing peer-to-peer culture that bypassed any kind of a central authority in virtually all forms of transaction,” Chakravorti says. “Whether it was sharing music or ideas or videos, we had entered a world of YouTube and blogs and people uploading their personal experiences to share with the rest of the world.”

Today there are about 12 million bitcoins in circulation, worth between $7 billion and $10 billion, depending on their value on any given day. New coins are created and released through a complex algorithm that controls their quantity. The algorithm is controlled by a currency software system invented by Nakamoto. The software ensures that “the number of new bitcoins created each year is automatically halved over time until bitcoin issuance halts completely with a total of 21 million bitcoins in existence,” according to the Bitcoin Foundation, a group of hundreds of corporate and individual bitcoin users dedicated to constantly improving the bitcoin as a stable currency.

“This constraint on supply is the reason bitcoins can have value,” Chakravorti says. “Otherwise, people could just make up coins, and there would be no way to verify virtual transfers to ensure that when I give you a unit, a ledger shows that I’ve lost one unit and you have gained one unit. Without this balancing of the books, bitcoins would have no value.”

That’s the great irony of this system that was created to bypass centralized controls: some entity must monitor and qualify all transactions, says Chakravorti. Thousands of volunteer bitcoin users monitor a master list of every transaction ever executed in the currency, known as a block chain. This ledger can also be viewed by the public, to maintain the integrity of the system. There are tens of thousands of computers around the world whose users have chosen to run the bitcoin software, which stores and updates the block chain and compares it with older copies when new transactions are added.

Bitcoins are created when “prospectors” (individuals or groups) solve extremely complex mathematical problems generated by the bitcoin software to produce a string of numbers within prescribed parameters. These numbers are used to constantly update the digital identity and therefore security of each block chain. These problems require vast computing power to solve and can take weeks to crack. Those who solve these problems are rewarded in bitcoins, thereby placing more of the virtual money in circulation.

Though bitcoin will likely remain in use as a currency for the foreseeable future, it may not always look the same, says Chakravorti, calling bitcoin “an experimental new currency that is in active development.”

That’s a good thing to know, given the now-infamous collapse of what had been the world’s largest bitcoin exchange, Mt. Gox, based in Tokyo. In February, it lost an estimated 850,000 bitcoins, of which 750,000 belonged to its customers. At the time, the loss was valued at $620 million.

The cause of the loss has not been determined, but may have been the result of a so-called malleability bug, which lets malicious users transfer bitcoins into their accounts while making Mt. Gox think a transfer has failed, according to Wired magazine. Fixing these kinds of bugs, as well as finding ways to stem the use of bitcoins for illegal activity—drug dealers have been known to use them—will be critical to bitcoin’s growth and survival, says Chakravorti.

“Everything suggests that bitcoin is a phenomenon that is not going away,” he says. “We are inherently going deeper and deeper into a peer-to-peer culture, where people are already feeling enabled to circumvent centralized institutions in all manner of ways. Once this horse has left the barn, it will be really difficult to put it back again.”