Getting enough magnesium in the diet may reduce the risk of diabetes, especially for those who already show signs of heading that way. 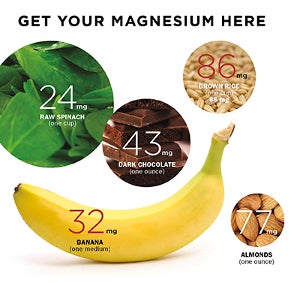 Illustration: Betsy Hayes/IngImage, iStock
Among people who already had those conditions, those who consumed the most magnesium were 32 percent less likely to develop diabetes than those consuming the least.

The second association held true even when researchers accounted for other healthful factors, such as fiber, that often go along with magnesium-rich foods.

The study, published in Diabetes Care, followed 2,582 participants in the Framingham Heart Study Offspring cohort for seven years. The study subjects had an average age of 54.