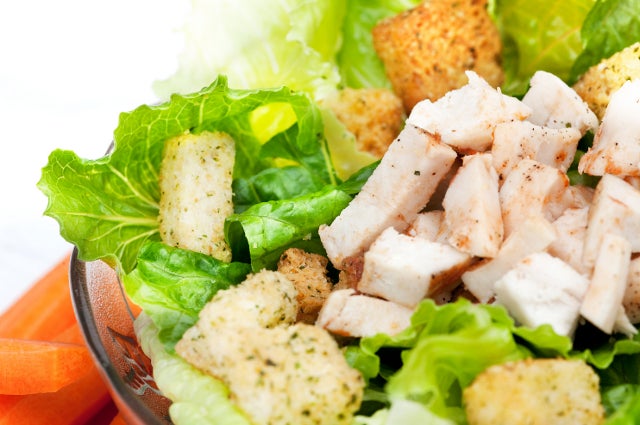 “I can resist anything except temptation.” Anyone who has ever been on a diet can relate to that quip from Oscar Wilde. No matter what the fad diet du jour says, the only way to lose weight is to reduce the net number of calories consumed. It’s a simple equation, but a hard way to live.

Or is it? Professor Susan Roberts of the Friedman School of Nutrition Science and Policy thinks it shouldn’t have to be. That’s why she decided to develop her own program using the best available science about diet, hunger and satiety. Roberts calls it instinctive eating, and it’s the basis of her book The “I” Diet and an online weight loss program, the iDiet.

Now she’s found evidence that her “I” diet does really make things easier—inside people’s heads. In a paper published in September in the journal Nutrition & Diabetes, Roberts and her colleagues report that they scanned the brains of people at the beginning of and then at six months into the diet, noting responses to images of different kinds of food.

The scans revealed that the dieters’ brains had changed over the six-month period compared with those of a control group. At the end of the diet, their brains reacted more positively to healthier foods such as high-fiber cereal and grilled chicken and less positively to high-calorie foods like sugary cereals or fried chicken.

Tufts Now asked Roberts, who is also director of the Energy Metabolism Laboratory at the Jean Mayer USDA Human Nutrition Research Center on Aging at Tufts, what the findings tell her about the diet and what they might mean for the obesity epidemic.

Tufts Now: What are these brain scans telling us about what the dieters are experiencing?

Susan Roberts: We can see changes in the reward centers of the brain—their food cravings are changing. This ability to reverse the circuitry has never been reported before—not even for gastric bypass patients, who crave all food less, rather than liking some foods more and some less. Our dieters have been saying crazy things for a while, like “you won’t believe it, but I find myself actually craving high-fiber cereal,” and this study now explains why that happens. 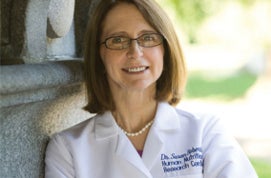 “As far as we understand the science of habits, everybody is basically the same when it comes to making new habits and getting rid of old ones,” says Susan Roberts. Photo: Tracy Powell
Based on what we know about neurobiology, what we’re doing is putting the bad circuits to sleep. We are not killing them—but you can live very comfortably with them asleep. At the same time, you’re revving up the healthy circuits and keeping them revved up by using them. But if you started to overuse the junk food circuits again, then of course you would rev them up.

Conventional wisdom has been that dieting is hard. If you ask dieters the two main reasons they give up, first is that they’re hungry and second is that they miss eating stuff they like. We went after reducing hunger and getting rid of food cravings by changing people’s food preferences so they would enjoy eating healthy foods without feeling hungry. If you can do that, why would anyone not do it? Everybody’s trying to lose weight. On average, 50 percent of Americans try to diet every year.

A lot of diets claim they can achieve weight loss without hunger or cravings (or eating less, for that matter). How is this diet different?

There are all these diets out there that claim things they have never proven. And they try to dumb the science down, but they end up with a biologically ineffective program because they make dieting too simple.

The book that started this all was my intent to link together the best science of weight control. The science is not simple. Energy regulation is a complex phenomenon.

That’s why we ended up with a menu-driven approach. The menu basically builds complicated science into something that’s an easy plan people can follow. The astonishing thing to me was that people did better than I’d even hoped. It was exciting and almost scary in how incredibly effective it was.

Once we developed the program, we thought we might as well test it with a clinical trial. We got exceptionally good results. In our first paper, we showed six times more weight loss than previous trials conducted at workplaces on average. We published another paper showing we were the only diet to ever reduce hunger and another showing we were the only diet ever to reduce cravings.

Which component of your diet program do you think is the most important?

I think it’s the combination of the menus and the emphasis on hunger control. I think food composition is important. This is a moderately low-carb, high-fiber, moderately high in protein, low in caloric density diet. It’s quite a complicated nutritional prescription. But our dieters learn how to do it themselves over time, by following menus that get it right. There are behavioral elements, too, that help people make all the necessary changes.

Does your research tell us anything about how we wound up with an obesity epidemic in the first place?

No. My research is very focused on how to fix the problem. From my perspective, it’s very easy to gain weight, and the causes for weight gain are different from the barriers to weight loss.

The causes are an abundance of high-calorie food and limited social pressure (or support) to avoid eating it. What you need to do to lose weight is not be hungry, feel satisfied, enjoy what you’re eating. Those are two completely different things and two very different problems to fix.

I think restaurants have got a lot to answer for. Restaurant meals contain two or three times what a person should eat. When the food’s in front of you, there’s all this biology encouraging you to eat it. We’ve had these obscene portions for so long, they’re seen as normal.

Are all restaurants the same in this regard?

Fast food gets such a bad rap, in my opinion. It’s fashionable to say that places like McDonald’s are the problem, but if you go into a McDonald’s, you can get a 300-calorie salad; the dressing will come on the side; the calories will be accurately counted.

Conversely, if you go into a private mom-and-pop restaurant, you won’t get the nutrition information, there will likely be more cheese and other high-calorie ingredients, and the dressing will be served on top, too. So calories might easily be double what you would get in a fast food place, and you wouldn’t know. People talk about fast food being the problem. I think that’s actually the least of it right now.

Junk food is still bad for you even if you’re thin. Can people who aren’t overweight learn to prefer healthier foods, too? Or is there something different about their brains?

As far as we understand the science of habits, everybody is basically the same when it comes to making new habits and getting rid of old ones. It’s not that non-obese people aren’t sensitive to high-calorie foods, but they have inadvertently created habits that encourage them to eat less. [See the article “Why It’s So Hard to Diet.”] Most people are susceptible to weight gain when it comes down to it. There’s only a small number of people who seem to be truly resistant, and most people can gain five pounds over the holidays all too easily. In today’s toxic food environment, almost everybody’s at risk of being overweight.