The Road to Extinction

The Devil’s Hole pupfish has been a poster child for small, isolated species surviving despite the odds; trouble is, that's probably not what happened 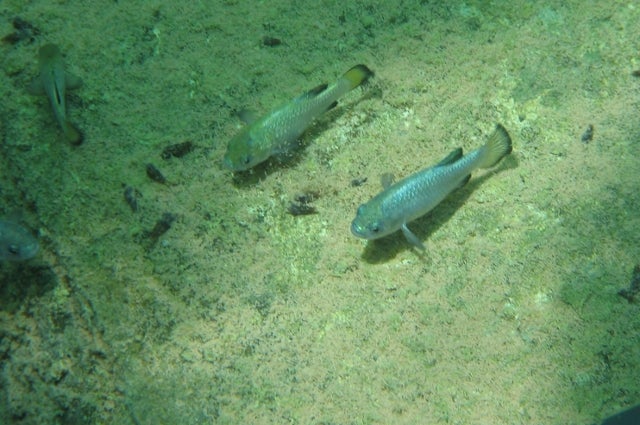 Many species are on the cusp of disappearing forever, from the Yosemite toad to the cave katydid in South Africa. One of the pivotal tipping points is when a population becomes very small and is geographically isolated. Then, extinction is almost certain.

That’s the consensus among evolutionary biologists. But there have always been skeptics, who point to the outlier—the Devil’s Hole pupfish, about 100 of which live in a warm-water pool in a limestone cavern in southern Nevada. Scientists who first studied the pupfish concluded that the species has lived there for 10,000 to 20,000 years, proving that in some instances, small, isolated groups of animals aren’t necessarily at death’s door.

New research by Michael Reed, a professor of biology at Tufts, and a colleague in North Dakota pours cold water on that alleged exception. In a paper published in the Proceedings of the Royal Society B: Biological Sciences in October, they conclude that the pupfish likely has been breeding in the small cavern for less time than previously thought, somewhere between a few hundred and a few thousand years.

“Our research strengthens the notion that we need big populations if we’re going to protect species,” Reed says. “Given that many endangered species comprise small, remnant populations, understanding viability is important.”

Reed specializes in avian ecology, and oddly enough, that’s what led him to the pupfish. Back in 2005, reports circulated about the sighting of an ivory-billed woodpecker in Arkansas, some 60 years after the last one had been seen; the bird had long been presumed extinct. Despite weak evidence, it was often cited as “one more example” of the exception to the small-numbers-lead-to-extinction rule.

Reed was hardly convinced of the ivory-billed woodpecker’s miraculous survival and of the “exceptions to the rule” in general. “I started getting irritated, wondering what are these damned examples people are talking about,” Reed says. It turned out that the Devil’s Hole pupfish was generally the only other example cited routinely.

Curious, Reed started looking into population changes over time of the pupfish, an inch-long iridescent blue fish whose only breeding ground is pool of water on a rock shelf that’s about 10 square meters in area. It was presumed the fish had been there since at least the end of the Pleistocene, some 12,000 years ago, when waters receded from the area and left the cavern exposed, isolating the pool of water inside.

Not being a fish expert, Reed contacted an old friend from his postdoc days, Craig Stockwell of North Dakota State University, who happens to be a pupfish expert. Enthusiastic about the project, Stockwell studied genetic data from the Devil's Hole pupfish and closely related pupfish species, employing a variety of statistical genetic models used by evolutionary biologists to determine how long Devil’s Hole pupfish have been isolated from other pupfish.

To complement the genetic analyses, Reed used data on pupfish population size collected starting in the 1970s to estimate how long a population showing that variation in size might persist. “Think of it this way,” he says. “Populations vary in size from year to year because the environment varies; there are good years and bad years. If the population varies enough in size, eventually it will hit zero, from which it cannot recover. The same observation keeps casinos in business—your luck varies over time, but eventually you lose your money.”

The genetic models and the population models both came up with the same time frame for the pupfish’s existence at Devil’s Hole—somewhere between a few hundred to a few thousand years—way less than 10,000 years, Reed says.

What’s clear, he says, is that there are no easy ways to beat the odds if a population is dwindling and its habitat increasingly limited. Anyone looking to save a species should know that.

Reed expects other scientists will be equally curious about the Devil’s Hole pupfish. “My hope is that people will follow up on our study and improve it.”