The number of movies featuring African American main characters is still small and reflects a misguided idea of what will sell, says Tufts professor 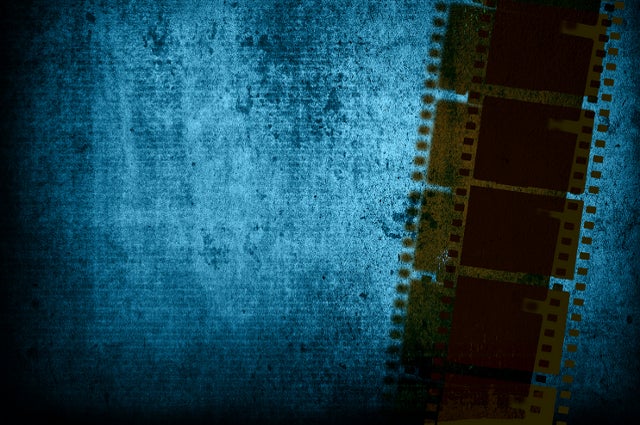 Hollywood has been abuzz this fall with word of major motion pictures that focus renewed attention on the African American film landscape, such as the upcoming Selma. But “we still have a lot of work to do in terms of progress for people of color in American film,” says Monica White Ndounou, associate professor of drama and dance, film and media and Africana and American studies.

In her new book Shaping the Future of African American Film: Color-Coded Economics and the Story Behind the Numbers (Rutgers University Press), Ndounou analyzes how the U.S. motion picture industry decides what it thinks will reap the best box office returns and how those decisions affect the kinds of movies made about African Americans and how widely those films are distributed.

This October the movie Dear White People, which looks at the lives of four black students at an Ivy League college, opened in theaters, and Selma, which dramatizes Martin Luther King Jr.’s civil rights marches, will hit the screens in January. And Disney’s Marvel Studios announced this fall that it was adding its first stand-alone African American superhero in a five-movie deal; Chadwick Boseman will star in Black Panther in 2017. 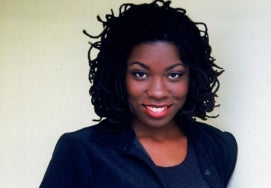 “Films with predominantly black casts have domestic returns on investment that dwarf predominantly white-cast films, despite paltry backing from studios,” says Monica White Ndounou.
“A character based on the comic book superhero has generated a lot of excitement on the web, and for some, adding a black superhero to the Marvel lineup may appear to rectify the lack of inclusivity and diversity in Hollywood’s films, structures and practices,” Ndounou says. “Except that it doesn’t, at least not by itself.”

So how will it be clear that the film industry is truly making progress in the range of black films financed, produced and widely distributed? “It will not be based on a single actor, actress, film or franchise,” Ndounou says. “True progress will be measured in terms of ongoing positive changes in Hollywood’s economics as well as its culture, which frequently renders people of color and women as invisible or insignificant.”

While black heroes and heroines in film are important, a superficial treatment or misrepresentation of people, culture and history can do just as much damage as the lack of representation, and sometimes more, Ndounou says.

In her book she points to the film version of Alice Walker’s The Color Purple. Despite the movie’s success and the strong performances of the cast, something was lost in translation from the novel to film, Ndounou says.

“Alice Walker wrote a novel that really exposes how racism affects not only the main character, Celie, but also the men who oppress her,” says Ndounou. “The screenplay and film suggest that black women are primarily oppressed at the hands of black men. The film does not effectively incorporate Alice Walker’s more nuanced treatment of the intersections of sexism, racism and other forms of oppression or how they can affect the ways black people interact with one another. By contrast, the Broadway musical stage adaptation of The Color Purple revisits some of the subtleties of Walker’s original text.”

Toni Morrison’s novel Beloved suffered a similar mistranslation on screen, Ndounou says, and that, along with the studio’s inexperience producing and marketing serious-themed African American films, may have contributed to the film’s box office failure, despite its name director, Jonathan Demme, and lead stars Oprah Winfrey and Danny Glover. With an $80 million production and distribution budget, it earned just $22 million when it was released in 1998, a fiasco that made Hollywood wary of similar films for years to come.

“The horror in Morrison’s novel is not the ghost child Beloved returning to her mother. It’s slavery that is the horror—the thing that is so atrocious that it would cause a mother to slit her child’s throat so she could not be enslaved and dehumanized,” says Ndounou. “In the novel, the child’s return makes everyone confront the effects of slavery on people and their relationships. But the film makes the ghost child in the style of The Exorcist or Poltergeist. This misses the main point of the novel, which reminds us how we are all haunted by slavery in some form or another, regardless of whether we openly acknowledge it.” 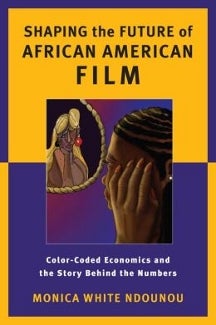 Financial backing and distribution are two other problems for African American films, Ndounou writes in her book.

That’s certainly true of Sankofa, director Haile Gerima’s 1993 film that studio executives judged “too black” to be worthy of a large production budget or to justify the cost of wider distribution, Ndounou says.

Sankofa is the tale of a modern-day black fashion model who is supernaturally transported to the past, where she witnesses the horrors of slavery. She returns to the present with a changed understanding of her roots. Despite the film winning several international awards, the U.S. film industry was convinced there was no American audience for it, Ndounou says.

She disagrees, and the box office numbers and post-theatrical life of the film proves her point, she says.

While these examples may appear to be dated in comparison with the economic success of more recent films like 12 Years a Slave, Django Unchained and The Butler, Ndounou argues the outcome of each of these films and countless others will continue to affect the future themes, content, production and distribution of African American films.

“Hollywood argues that black films don’t make money, but the evidence reveals this is not true,” Ndounou says. “There are color-coded economics at the core of decisions to concentrate money and resources on predominantly white-cast films. Industry practices in American film, theater and publishing are guided by the very race and gender ideology that comedian and actor Chris Rock describes in his recent essay in The Hollywood Reporter, where he calls out Hollywood as a male-dominated ‘White Industry.’”

In the book, Ndounou writes that Hollywood often narrowly defines audience appeal when it considers a movie’s profit prospects. “Film studios fail to consistently capitalize on the diversity of the U.S. population or the full range of international markets. They do not see the potential of international audiences of African American films, especially in Africa, the Caribbean and South America, places where there are large populations of people of color,” she says.

“Redefining what is meant by international market—that would make a difference in potential outcomes overseas,” Ndounou says. “No lasting change can occur within an industry that refuses to acknowledge the problems of assuming that only black/African American, Latina/o, Native American, Asian American or Arab American audiences can understand and appreciate films by or about people of color unless there is a prominent white character that frequently becomes the focal point of such stories. Fortunately, there are mavericks working around these roadblocks, but much more can be done.

“The more I investigate,” says Ndounou, “the more I find there is an audience for a range of films by and about people of color and women. It makes good business sense to explore these possibilities.”