Urban Planning as if People Mattered 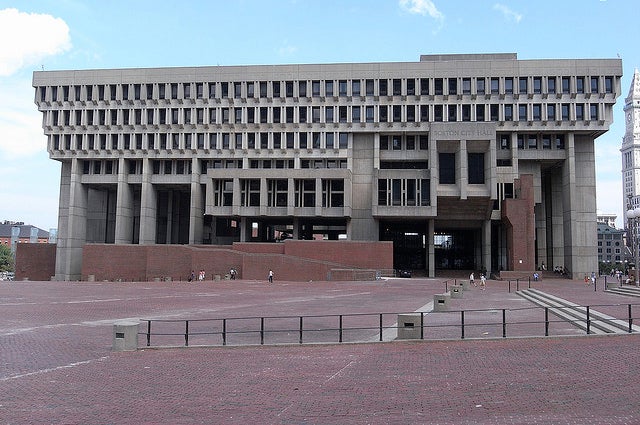 Take a walk along Hanover Street in Boston’s North End, and you can’t help but notice the number of people strolling along the sidewalk, the cozy shops with inviting window displays, the frequent cross streets. Less than half a mile away, City Hall Plaza is a study in contrast—a vast blank space, cold and uninviting, anchored by the huge, forbidding hunk of concrete that is City Hall.

Why one is appealing and the other uninviting is what architect Ann Sussman, F86, and Justin Hollander, A96, an associate professor in the Department of Urban and Environmental Policy and Planning, explore in their new book, Cognitive Architecture: Designing for How We Respond to the Built Environment (Routledge, 2015). 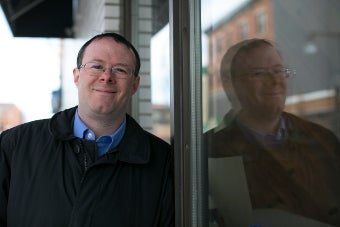 “What we’re trying to do is start the conversation with these principles,” says Justin Hollander. Photo: Matthew Healey
Using recent findings in neuroscience and evolutionary biology, Sussman and Hollander identify key human traits that they say influence how we experience our surroundings—and explain why architects and urban planners would be wise to incorporate these elements into their work. “The more you know about human behavior, the better you can design for it,” they write.

The first rule of people-friendly design is that edges matter. As a species, homo sapiens are like many other animals that avoid open spaces—it feels innately safer to be able to take cover. That behavior, they say, was instilled in us eons ago. Back on the savannah, they ask, would you want to be in the open, exposed to predators, or near something that gives you protection? 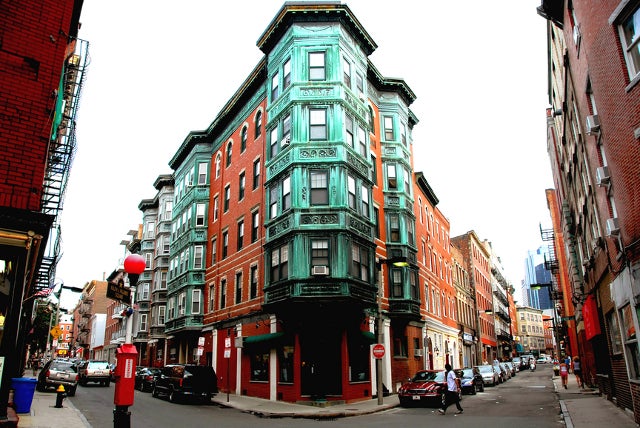 In Boston’s North End, the streets are narrow and inviting to pedestrians. Photo: Depositphotos
That instinct plays out millennia later, when even in an inviting space like the Piazza del Campo in Sienna, Italy, people cluster not in the open space in the middle of the plaza, but along the edges, where shop fronts provide both visual interest and instinctive safety.

The technical term for this response to the environment is thigmotaxis, and Sussman and Hollander find evidence of it all over, from the strategy rats employ to make their way through mazes to the movements of earthworms and zebrafish. Thigmotaxis has a long evolutionary history, in other words. Psychologists now explain that edges not only protect us, but help our brain do something very taxing: orient us in space. Thigmotaxis is our hidden, subconscious orientation strategy.

Its appeal appears to have been well understood by those who built cities of old. “It used to be everything was thigmotactic,” Sussman says. Think of the old parts of cities like Prague or Paris, or the older sections of Boston and New York, she notes. “People innately built that way to protect themselves, because the outdoors is so scary.”

It was a lesson lost on the American urban planners and designers of the early and mid-20th century, though. Builders like Robert Moses razed old neighborhoods of closely built housing and erected towers and highways. Critics like Jane Jacobs and architect Christopher Alexander, writing in the 1950s and 1960s, pointed out the deep flaws in that approach, mostly from a sense of intuition, says Hollander.

“Alexander didn’t have any of the evidence,” he says. “But now our book shows that he was right about a lot of things.” The lesson for today’s urban planners, Hollander says, is to carefully consider the pedestrian experience when making decisions about urban development. 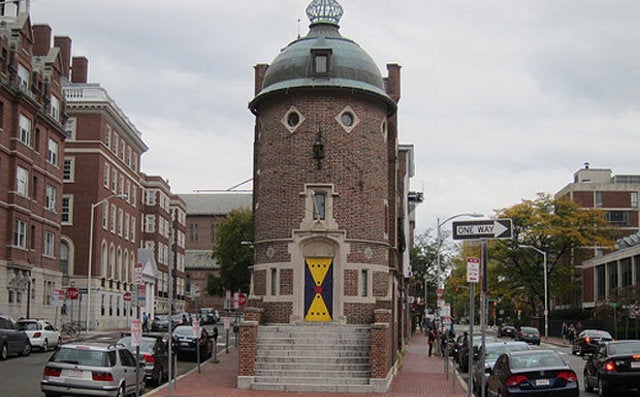 Do you see a face in the Lampoon Castle building, just outside of Harvard Square?
Sussman and Hollander also argue that “patterns matter.” Our brains are fundamentally oriented toward vision—it’s our strongest sense. And one of the patterns we instinctively identify is faces—again, they say, based on evolutionary necessity, in this case to quickly identify friend or foe.

That’s why some buildings are more identifiable than others. Think of the Lampoon Castle building on Mount Auburn Street outside of Harvard Square: its windows and door evoke a clownish face that is easily recognizable. Designers and planners who understand what people are wired to look for will be in a better position to “make cities, towns and public places much better for people,” Sussman and Hollander write.

Modern architects and planners far too often have not employed detail and visual diversity for building elevations and urban layout, something that Sussman and Hollander recommend. That’s certainly true in places like K Street in downtown Washington, D.C.—a long row of indistinguishable buildings-as-boxes, each about 12 stories high. 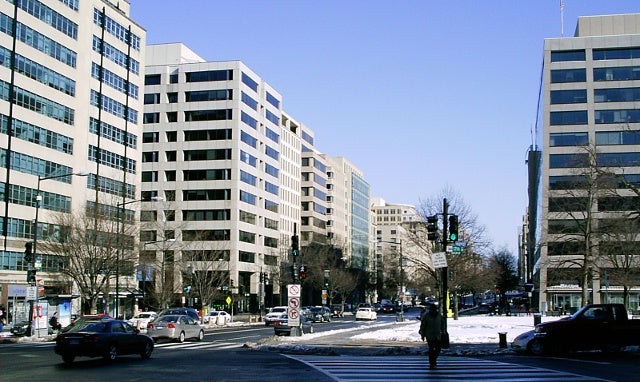 K Street in downtown Washington, D.C. Photo: CZmarlin/Christopher Ziemnowicz via Wikimedia Commons
Sussman and Hollander point out that people usually prefer bilateral symmetry—perhaps not a surprise, given that it’s how we (and most animals) are made. It’s also what the human perceptual system is built to see most quickly. Buildings with symmetrical exteriors and interiors are often viewed most positively. Even the Oval Office in the White House fits the profile, they say.

Successful buildings and neighborhoods also have a narrative—a sequence that suggests a beginning, middle and end, say Sussman and Hollander. Consider Harvard Square. Coming out of the MBTA station, “there is a succession of different stories and elements,” Hollander says. You can cross the street and go into Harvard Yard, or wend your way down Brattle Street, which ends in a residential neighborhood. By contrast, Kendall Square in Cambridge is just “one building after another—there’s no hierarchy, no story,” he notes. “As a species, this condition will always disappoint us, as we have a unique neural network that seeks out stories and hungers for meaning,” Sussman adds.

Many of these ideas were applied intuitively in the past, but the scientific underpinning helps pinpoint why those styles of architecture and urban development worked well, says Hollander. The reaction to the book, he notes, has been quite positive, though he hopes that’s just the beginning. “What we’re trying to do is start the conversation with these principles,” he says.