Fighting Back Against Superbugs

Tufts’ Stuart Levy has long argued that careless use of antibiotics can create resistant bacteria, and now people are listening 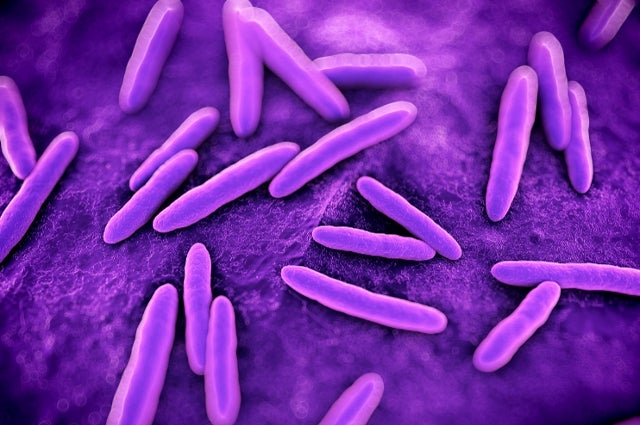 Antibiotics—and antibiotic resistance—are in the news once again, with announcements by McDonald’s and Costco that they will eliminate antibiotics that are important to human medicine from use in the production of some of their meats and the discovery of a new class of antibiotic that scientists claim will be effective for at least three decades.

That’s a significant shift from 30 years ago, when few physicians and scientists were concerned that the day would come when the overuse of antimicrobial agents in medications, our food and even children’s toys would leave us vulnerable to the very bacteria that these products were designed to kill.

For years, the lone voice in the warnings over antibiotic resistance belonged to Stuart Levy, a professor of medicine and director of the Center for Adaptation Genetics and Drug Resistance at Tufts University School of Medicine.

In the 1980s, “people weren’t looking at drug resistance,” says Levy, the president of the international Alliance for the Prudent Use of Antibiotics. “And they thought that it was a problem that would go away. For several decades, we had the problem of resistance appearing in bacteria in the developing world, particularly in countries where you can get an antibiotic over the counter,” he says. “Today antibiotic resistance is global.” 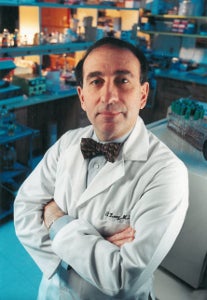 Stuart Levy
To avoid being snuffed out, bacteria are quite resourceful—they mutate constantly to develop mechanisms that mitigate the effects of antibiotics. They then can share this super power with their unrelated microbial neighbors. The result has been the rise of superbugs that are impervious to all antibiotics, including resistant strains of tuberculosis, MRSA, Clostridium difficile, Neisseria gonorrhea and E. coli.

Levy was one of the first to demonstrate that dependence on antibiotics in the farming industry is leading to antibiotic resistance in humans. In his book The Antibiotic Paradox: How the Misuse of Antibiotics Destroys Their Curative Powers (Da Capo Press, 2002), he also described the antibacterial craze that has affected all manner of household products, from soaps to toys. “We have inadvertently created a selective pressure that has promoted vast antibiotic resistance,” he says.

Last fall, Levy contributed to a report to President Barack Obama on combating antibiotic resistance [PDF]. Obama responded by issuing an executive order establishing a task force to deal with the issue, and called upon key federal departments and agencies to improve antibiotic stewardship.

The order also created a $20 million reward for anyone or any group that could develop a cure for resistant bacteria. For instance, one approach could be a diagnostic test performed immediately at a patient’s bedside. Currently, hospitals must resort to time-consuming laboratory tests. In the meantime patients are given a combination of antibiotics based on their symptoms, which may not even be caused by a bacterial infection. This approach contributes to the spread of drug-resistant bacteria. A point-of-care test would remove the guesswork and allow for the right antibiotic to be used from the start.

New antibiotics that would maintain their effectiveness in the face of bacterial mutations to resistance are helpful. Earlier this year researchers from Northeastern University and the company NovoBiotic Pharmaceuticals reported in the journal Nature that they had isolated a new antibiotic, called teixobactin, which reportedly can stave off some of a bacterium’s ability to become resistant to it for up to 30 years.

While Levy applauds the news about the new drug, he is skeptical about the resistance claim. “Too many antibiotics have proven that what happens in the laboratory does not necessarily predict when you will see resistance,” he says. “When you give an antibiotic, you will select resistance. It may take some time, but you will get resistance to that antibiotic.”

That said, the method by which scientists cultured the bacteria shows promise, Levy says. The researchers discovered teixobactin in uncultured bacterial cells they found in nature—in this case, a patch of dirt up in Maine. Microbes found naturally in the environment could be a potential source of new antibiotic drugs. One of the new bacterial species, which the researchers named Eleftheria terrae, produced a chemical that killed a variety of disease-causing bacteria in culture. They sequenced the Eleftheria terrae genome at the Tufts Core Facility, which allowed them to obtain the new antibiotic.

The development of new techniques to culture antibiotics indicates that scientists may be able to tap into previously unexplored sources for new drugs, Levy says. However, he argues, that does not diminish the need for vigilance on antibiotic use and resistance. “By preventing the overuse and misuse of antibiotics, we may be able to overcome the mistakes that we have made with the [earlier antibiotic] drugs.”

Ernst Fattakhov is a master’s student in biomedical sciences at Tufts School of Medicine.