Should I be worried about the recent outbreak of dog flu?

Elizabeth Rozanski, an emergency and critical care veterinarian at Cummings School, offers her advice for keeping your dog safe 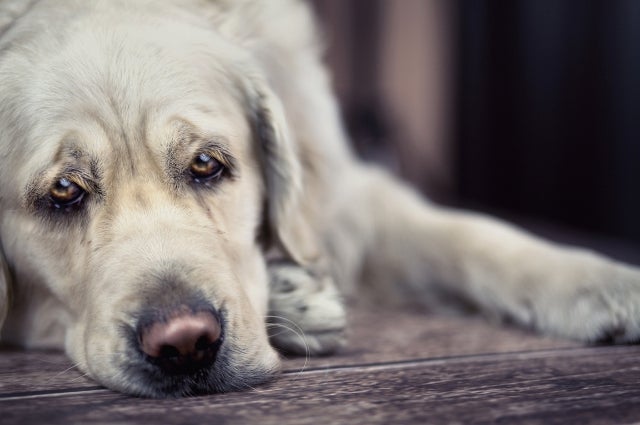 With the large outbreak of canine influenza in the Midwest making headlines, many pet owners are understandably worried about the disease. The virus has reportedly sickened more than 1,000 dogs and killed at least five pets in Illinois, Wisconsin, Ohio and Indiana.

Canine influenza, or “dog flu,” is caused by a relatively new virus. First documented in racing greyhounds in Florida in 2004, the virus has two known strains: H3N8, which is circulating in North America, and H3N2, found in Asia. The Midwest epidemic is caused by the Asian virus, but because the vast majority of dogs in the United States have never been exposed to either strain—and so have little to no immunity—the disease is highly contagious.

Dog flu spreads via respiratory droplets, either through the air or on contaminated surfaces, clothing or people, and the virus can live for hours. The majority of dogs show symptoms in two to four days, but are most contagious in that window between exposure to the virus and onset of flu symptoms.

Symptoms mimic what we see with the flu in humans: coughing, nasal and eye discharge, sneezing, fever and reduced appetite and energy. About one in five infected dogs will develop potentially life-threatening complications, such as pneumonia, but canine influenza is fatal in less than 10 percent of cases.

Up to 20 percent of dogs exposed to the virus will never show signs of the flu, but they can still shed the virus and infect other dogs. Dog-to-dog transmission can occur easily in boarding facilities, animal shelters, dog parks, grooming salons and other environments where dogs mingle.

If you notice symptoms of canine flu, take your dog to a veterinarian right away. A blood test can confirm the infection. The treatment is often just rest and tempting foods. A vaccine exists for the North American strain, but it’s not routinely administered; it doesn’t prevent the flu, but instead lessens the severity of the symptoms.

To prevent the spread of the disease, owners in the area of the current H3N2 epidemic should temporarily avoid taking their pet to dog parks, doggie daycare or other areas where pets congregate.

Currently, there is no evidence that canine influenza virus can be transmitted to people. The American Veterinary Medical Association reports that the H3N2 strain has infected cats in Asia, and possibly ferrets and guinea pigs, but there haven’t been any such cases reported in the U.S.

How do I console my mother, whose beloved elderly cat recently passed away?

Should I use mouthwash?

Do the benefits of drinking raw milk outweigh the risks?

Why does rotting food smell bad?

Is coconut oil good for you?