A Few Good Men and Women (on Campus) 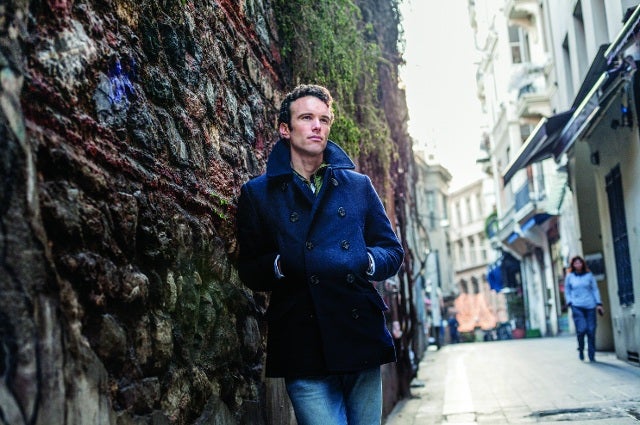 During my eight years as a Marine Corps officer, there was one question I must’ve been asked a thousand times. Up late on radio watch in the turret of a gun truck in Iraq’s barren Al-Anbar Province, or beneath a blanket of stars on a hilltop outpost in the Hindu Kush, the privates and lance corporals I led always wanted to know: “Hey, sir, what’s college like?”

For most of these guys, college was the path not taken, the one they considered traveling once their enlistments were complete. Their question would usually lead to a bit of exposition from me—how to apply to university, liberal arts versus the sciences and maybe a good story from a frat party on College Ave. to add some color.

Among the older noncommissioned officers, my enthusiasm for higher education became a bit of a running joke. If they knew one of the younger Marines was thinking of getting out of the Corps, their next question would be: “Did the lieutenant give you his college talk yet?” I practically begged the Marines in my command to go to college once they finished their enlistments:

At face value, my zeal for higher education stemmed from the doors I knew it would open, and the ones I knew would be closed without a degree. But I’ve since realized this desire to see my Marines go on with their education was not born solely out of a love for them, but also a love for the universities they’d attend. Our universities need students like my Marines.

I came to Tufts in 1998 and left in 2003 with degrees from the College of Arts and Sciences and the Fletcher School of Law and Diplomacy. In those five years, we went from a nation at peace to a nation at war. Among more than 4,000 undergraduates, I was one of three students with any tie to the military: two of us were in Naval ROTC, and one was a former Marine.

As Tufts grappled with issues of war and peace—whether to hold classes on September 12, 2001, the debate surrounding the Iraq War—this important conversation felt incomplete. If a university is, at its most basic, a collection of voices educating each other, then one crucial voice seemed to be missing. The veteran. That man or woman who has borne the brunt of war, lost friends, spent long deployments away from loved ones, felt the interminable boredom of standing watch mix with the combustible terror and exhilaration inherent in his or her duties.

A Tie That Binds

During my time at Tufts, I lived off campus, near Harvard Square. Now and again, I would wander into Memorial Church, dedicated on Armistice Day in 1932. Flanking The Sacrifice, a sculpture by Malvina Hoffman of a shrouded woman cradling a fallen soldier’s head in her lap, long lists were etched into the walls, the dead from the First and Second World Wars, as well as the Korean War.

Then, clustered in a corner of the church, were other names, those few who died in Vietnam. As academic institutions removed military recruiters and ROTC from their campuses, a rupture occurred in that era, one that echoes to this day and is only now being repaired.

America’s military and academic institutions may not always reflect one another’s values, nor should they, but both are the cradles of this country’s leadership. A dialogue must exist between the two. Just as the military provides every veteran with an opportunity to attend college through the G.I. Bill and other programs, our universities provide the military with the bulk of its officer corps through programs such as ROTC. The two feed each other. It’s a tie that binds.

The strength of Tufts has always been its student body, attracting international and richly diverse classes. With the wars in Iraq and Afghanistan concluding, an important voice is returning, one in search of knowledge and, at the same time, able to dispense its own. A university that attracts such perspectives, along with many others, will thrive.

These wars have been going on for 13 years. In 13 more, my four-year-old daughter will be applying to colleges. When she steps onto the campus of her choosing, I hope she’ll be able to sit in English 101, lean over to a classmate and ask the reverse of the question I was asked those many years ago: “Hey, what’s the Marine Corps like?”

This article first appeared in the Winter 2015 issue of Tufts Magazine.

Elliot Ackerman, A03, F03, served five tours of duty in Iraq and Afghanistan and is the recipient of the Silver Star, the Bronze Star for Valor and the Purple Heart. His writing has appeared in The New Yorker, The Atlantic and The New Republic, and he is the author of a new novel, Green on Blue. He was the Fletcher School’s first writer-in-residence this spring.