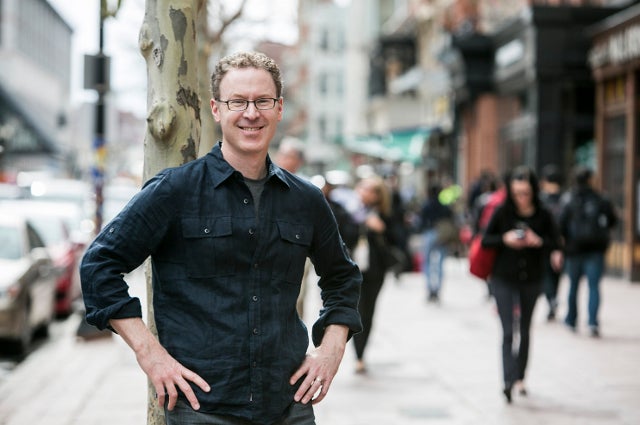 The world is full of chaos, from financial meltdowns to government upheavals. Economists and political scientists study these issues and try to figure out what’s going wrong—and what’s going right. But their predictive models are weak, and there can be unpleasant surprises—as was the case with the financial crisis of 2008.

Brian Epstein, an associate professor of philosophy in the School of Arts and Sciences, argues that these models don’t take into account the complexity of many social problems. In his new book, The Ant Trap: Rebuilding the Foundations of the Social Sciences (Oxford University Press), he suggests a more nuanced way of looking at the world, one that uses metaphysics, a discipline within philosophy that looks at the fundamental nature of things.

In The Ant Trap, he uses the “what-is-it” questions to focus on the building blocks of society, especially groups.

But that perspective is too anthropocentric, he says, arguing that societies, companies and economies are more than people. “We need a Copernican revolution in the social sciences,” Epstein says.

Brian Epstein recently gave a TEDx talk at Stanford University about his book. Watch it here.

Or take a company like Apple, which is made up of people who design and engineer products. Such a firm is also built of physical parts, other institutions, contractual relationships and historical events. Economic models need to take all these different factors into account.

In the book, Epstein builds his arguments methodically, his audience primarily others conversant in the language of philosophy. And the “ant trap” in the title? Some people see the social world as a kind of ant colony, an allusion to biologist Edward O. Wilson’s theories about ants with no leaders that somehow create a superorganism together.

“It’s an incredibly misleading metaphor,” says Epstein, because it suggests that society is just a superorganism built out of human organisms—but it’s much more than that.

What the social sciences need is a new philosophical underpinning that takes this deeper complexity into account. “It seems crazy that the social world doesn’t revolve around people—it’s the social world, after all,” he says. “And I think it’s right to put people in the social world; otherwise it would not be social. But that doesn’t mean it’s exclusively social.”

The Film and TV Forecast