Vitamin study outlines risks for joints, but not everyone should take supplements, nutrition researcher says 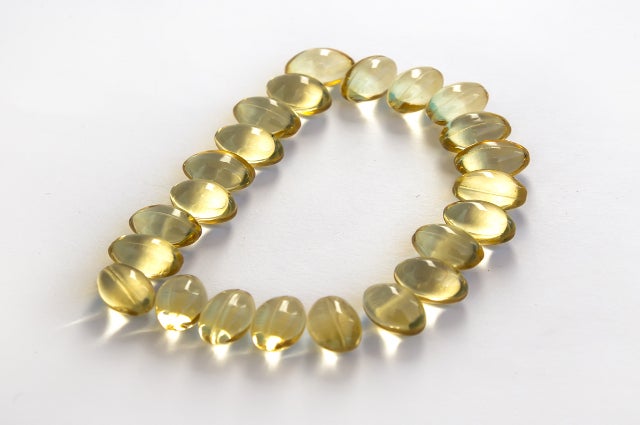 People who are lacking in vitamin D could be doubling their risk for progressive osteoarthritis, the cartilage-eroding joint disease that with age leads to achy knees and mobility problems.

Fang Fang Zhang, an assistant professor of epidemiology at the Friedman School, and her colleagues tracked 418 people who already had some evidence of knee osteoarthritis, which affects as many as 50 percent of adults at some point, according to the Arthritis Foundation. They discovered a relationship between low blood levels of vitamin D and osteoarthritis that worsened over time.

The observational study included patients who had complained of knee pain, or whose X-rays showed early signs of the disease. Zhang and her colleagues examined subsequent X-rays taken over the course of four years to determine whether the osteoarthritis got worse. The researchers also looked at the patients’ blood-test results, monitoring their levels of vitamin D.

The researchers saw “almost double the risk of progression in people with low vitamin D levels compared with those with adequate vitamin D status,” says Zhang.

Zhang stresses that the findings, published in the Journal of Nutrition last year, are most relevant to people who are clinically deficient in vitamin D. She and her colleagues saw the doubling of risk in people who had less than a microgram, or a millionth of a gram, of vitamin D per liter of blood. The researchers chose that value as the cut-off point for deficiency in part because it is consistent with the one set by the Dietary Reference Intake, a guide developed by the Institute of Medicine based on the latest scientific evidence. That’s why Zhang emphasizes her results don’t mean that everyone should start taking supplements or finding other ways to add more of the nutrient to their diets.

“When we see a positive association like this, people tend to get all excited,” she says. “But only people with vitamin D deficiency would benefit—not everyone.”

Known as the “sunshine vitamin,” vitamin D is produced when the skin is exposed to sunlight. In the United States, milk, cereals and some juices are fortified with the vitamin, which is abundant in fatty fishes, such as salmon and tuna, beef liver and egg yolks.

Vitamin D helps the body absorb calcium from the diet, and so it plays a crucial role in bone growth in children and overall bone health in adults. People who live in northern climes, those with darker skin or those who spend most of their time indoors are at risk for low levels of vitamin D.

Taking a vitamin D supplement might lessen osteoarthritis symptoms as people age, but there is not yet enough research to support that course of action.

Zhang’s observational study follows a clinical trial conducted by Tim McAlindon, a professor of medicine at Tufts, and Bess Dawson-Hughes, M75, a senior scientist at the Jean Mayer USDA Human Nutrition Research Center on Aging at Tufts. That two-year study of 146 people sought to determine whether vitamin D supplementation could halt or actually reverse the progression of osteoarthritis of the knee. The researchers found no evidence to support that; their findings were published in the Journal of the American Medical Association in 2013.

But that doesn’t mean the two studies contradict each other.

Indeed, when McAlindon crunched his numbers again, this time looking only at data from participants with the lowest levels of vitamin D, he saw “the very slightest suggestion” that they benefited from supplementation. But because no participant was deficient, even participants with low levels of D, he cautions, weren’t particularly lacking in the nutrient.