Brainpower on the Battlefield

Just when we need smart military leaders, a study by a Fletcher School student and his professor shows we might not be getting the best and brightest 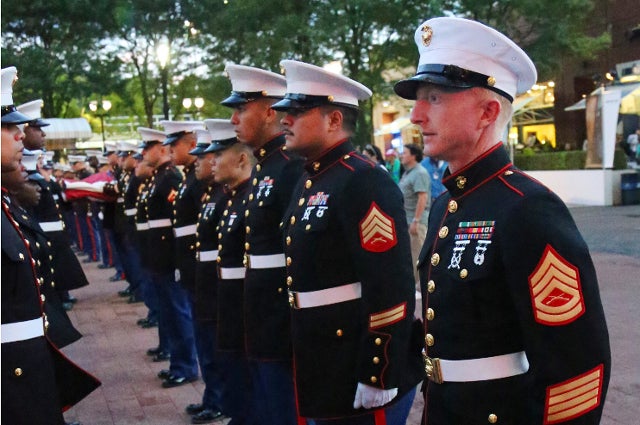 At the end of a seven-month counterinsurgency operation in Afghanistan, U.S. Marine Lieutenant Matthew Cancian, F16, turned to a fellow officer and remarked, “Wow, that wasn’t anything like what the field manual described.” The fellow officer, a platoon commander, replied, “Oh, I haven’t read it. I don’t need a book to tell me what to do.”

That “book,” notes Cancian, was a well-regarded guide to the battlefield co-authored by General David Petraeus, and Cancian had hoped for a discussion about it and its relevance to their mission. At the very least, he expected his fellow officer to be on the same page when it came to military preparedness.

That brief exchange and many others like it made Cancian, now a graduate student at the Fletcher School, curious—are Marine officers as smart as they need to be? The ability to think critically and implement complex operations has never been more essential.

That’s especially true in the increasingly common battlefield scenario of what Marine General Charles Krulak calls a “three-block war.” That is the kind in which on “one block you’re conducting a peace-keeping mission, on a second you’re fighting against an insurgency, and on a third you’re fighting a conventional war, all within the same city,” says Cancian.

Armed with data he obtained through a Freedom of Information request—some 46,000 scores from 1980 to 2014 on the General Classification Test (GCT), an intelligence test that Marine officers take—Cancian teamed up with Michael Klein, the William L. Clayton Professor of International Economic Affairs at the Fletcher School, to study the trends.

What they found was distressing: a nearly 10 percent decline in Marine officers’ GCT scores over the past 35 years. Their study, “Military Officer Quality in the All-Volunteer Force,” was published by the National Bureau of Economic Research in July, was then featured by the Brookings Institution in September and has garnered attention from the media and the military since then.

The Role of a College Degree

Beginning with World War II, all Marine officers have taken the GCT, and its results have proven a reliable predictor of success in these officers’ training and careers, Cancian and Klein write in the study. During that war, the Marines would not commission an officer with a GCT score below 120, a score well above the average for the population.

Today admission to the Officer Candidate School—the first step to being commissioned in the Marine Corps—no longer depends on GCT scores but on other criteria, principally whether a candidate has a college degree. The test is still used as a tool for assessment, however. Cancian’s data revealed that 85 percent of new lieutenants scored 120 or higher in 1980, but only 59 percent exceeded that score in 2014. Those scoring above 150 decreased from 4.9 to 0.7 percent during that same period.

Cancian and Klein weighed this data against labor market conditions, such as the decrease in qualified people looking for work, and against the ethnic, racial and gender mix of incoming officers. They also looked at the size and composition of the pool of potential officers. They found no significant links between test scores and the labor pool, the inclusion of women or the increase in diversity. In fact, the rise in the number of African American officers was positively associated with the test scores.

What they found instead was a clear correlation between the declining test scores and the country’s expanding pool of college graduates.

Or put another way, Cancian and Klein’s study shows that the average intelligence of today’s college student is closer to that of the average person in the population, and since a college degree is now a key criterion for admission to Officer Candidate School, that means an overall decline in the intelligence of potential military officers.

Cancian and Klein contrast this with an increased intelligence among the enlisted troops. “Even during the most trying years of conflicts in Iraq and Afghanistan, around 60 percent of new recruits were deemed ‘high-quality,’ possessing a high school diploma and being above the average intelligence of the American population (compared to a low of 27.1 percent of new recruits deemed high-quality in 1977),” they write in the study.

“I hope the military will take heed of this, and start a discussion about what qualities officers need,” says Cancian.