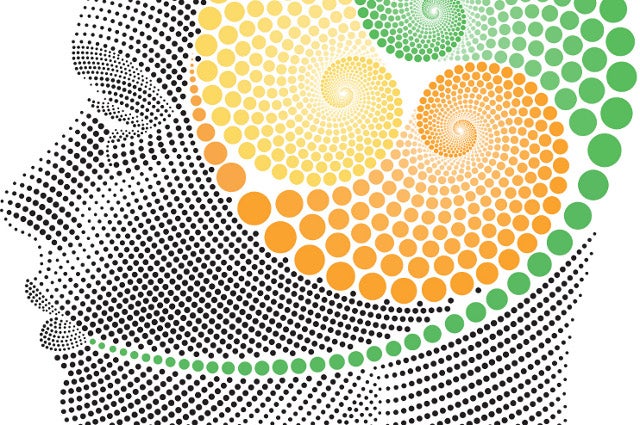 We take it for granted that our body can regenerate cells that become injured or simply wear out and die. For most of the 20th century, however, scientists were convinced that one organ—the brain—lacked that ability. Shortly after birth, they thought, our brains had as many neurons as they were ever going to have, and if we lost brain cells because of injury or aging, we were never going to make more of them.

So convinced were scientists of this theory that they stuck with it for decades, despite clear evidence to the contrary—for example, that rats’ brain mass increased after they learned to navigate new mazes.

It wasn’t until 1998 that neuroscientist Dennis Steindler, then working at the University of Florida, definitively discovered the existence of human neural stem cells that could become a variety of different types of brain cells—growing on the lining of the brain’s internal cavities and in the hippocampus, a seahorse-shaped region in the front of the brain associated with memory.

“When they grow, they make copies of themselves, which is unusual,” says Steindler. “They make more daughter cells that are involved in memory, learning and mood function, and have an innate ability to repair damaged tissue.”

The finding led to widespread speculation that these stem cells could be used to repair neurons damaged by degenerative diseases such as Alzheimer’s and Parkinson’s. In other cases, however, Steindler found these cells could be part of the problem. “They do try and repair disease and aging,” he says. “But when they do that too much, they can lead to brain tumors.”

The question was how could these neural stem cells be stimulated to produce more healthy cells without overproducing and creating tumors—and how could they continue to make cells as they aged?

“Their aging involves many, many gene and protein networks, and to try and get a handle on that influence through a single gene or protein is very difficult,” says Steindler. While some drugs have been shown to be effective in stimulating growth of new brain cells, results have been inconsistent.

A few years ago, Steindler began investigating a new angle: nutrition. “Food is medicine,” he says. “Nutrition has the ability to affect many of those pathways at the same time.”

Steindler will continue to explore those pathways as the new director of the Neuroscience and Aging Laboratory at the Jean Mayer USDA Human Nutrition Research Center on Aging (HNRCA) at Tufts.

“When we went looking for a director for our new laboratory, we were looking for a translational scientist who was conducting cutting-edge research related to nutrition and prevention of age-associated cognitive impairments—someone who would bring in new areas of research to the center and help move the field of nutrition and brain disease forward,” says Simin Meydani, director of the HNRCA. “I believe we found exactly the right person we are looking for.”

Steindler’s focus on the link between nutrition and neurodegenerative diseases is unique in the field. During his career, he has made a habit of pursuing novel ideas, says his longtime collaborator, Brent Reynolds, professor of neurosurgery at the University of Florida. “Dennis is an incredibly innovative scientist,” he says. “He is on the cutting edge of so many things. Sometimes he may take his ideas a little far, but what happens more often than not is the rest of the scientific community catches up with him five years later.”

Reynolds was the first to discover the existence of neural stem cells in mice, an important step in debunking the “no-new-neurons” hypothesis that had been in force since the 1930s. He was excited when he heard that Steindler had been able to discover their existence in humans.

“It was a huge step. So often we do things in rodents that don’t translate to humans,” he says. “When you demonstrate that, you are now saying that everything we’ve done in rodents is now possible to translate.”

Shortly after that discovery, Reynolds was working on a process to isolate neural stem cells and grow them into “neurospheres,” large balls of cells that could be implanted into the brain to potentially repair damage, when he saw a presentation by Steindler at a conference outlining exactly the same thing—and Steindler was on track to publish first. The two scientists worked on the paper together, and Steindler later recruited Reynolds to work with him at the University of Florida, where they collaborated on a number of other papers on neural and cancer stem cells.

The Role of Inflammation

Reynolds will continue to collaborate with Steindler on his research at Tufts, which will focus on how to retain the ability of these stem cells to repair and regenerate cells as they get older.

“What’s become very clear is that the regenerative capacity diminishes as you age,” says Reynolds. “The question Dennis will probably ask and answer is how do these nutritional requirements change and how do they tie into the regenerative ability. Once we answer that question, we can ask how we alter nutrition to achieve that.”

To home in on those questions, Steindler has focused on the role that inflammation plays in the aging of stem cells, as well as in neurodegenerative diseases such as Alzheimer’s and Parkinson’s. Research has shown that inflammation produces small proteins, or cytokines, in brain cells. Two of these types of proteins—amyloid and tau proteins—have been associated with Alzheimer’s disease.

“Particular genetic mutations can’t process these proteins very well,” says Steindler. “The cells try and spit them out to get rid of them, but when they can’t do that, the cells themselves can die.” When they are able to expel them into the environment in the brain, they can affect other cells, which may not function properly, contributing to Alzheimer’s. A similar protein called alpha-synuclein may be associated in a similar way with Parkinson’s.

Steindler has focused on the role that inflammation plays in the aging of stem cells, as well as in neurodegenerative diseases such as Alzheimer’s and Parkinson’s.

By changing diet and nutrition, patients may be able to limit inflammation of brain tissue and prevent or even reverse these degenerative diseases by giving neural stem cells the ability to heal the damage.

“All of the bioactive components in our diet play a role in how cells can battle this tendency to become inflamed,” says Steindler. In particular, he is experimenting with three antioxidants, which he suspects may need to be consumed in higher doses as we age in order to ensure healthy stem cell function—ECGC, found in green tea; curcumin, found in turmeric; and sulforaphane, found in broccoli, Brussels sprouts and other vegetables.

All three of these chemical compounds are currently under investigation at the HNRCA. Simin Meydani has done work on ECGC, finding that it inhibits the spread of T-cells, white blood cells that can cause some autoimmune disorders. Mohsen Meydani, director of the center’s vascular biology lab, has found that curcumin can limit angiogenesis, the spread of blood vessels within both tumors and the fatty tissues that cause tumors to grow more quickly. That property may be helpful in reducing the size of brain tumors.

In order to test the effect of these various nutrients, and see how they interact with drug therapies, Steindler has pursued a novel technique: creating “avatars” of patients—a term he borrowed from a boy suffering from brain disease who participated in one of his clinical trials.

“He was a Star Wars fan, and asked me to use his brain tissue so other children wouldn’t have to experience what he did,” says Steindler. “He asked me to create a clone army of his cells to study.”

Inspired by the idea, Steindler has pioneered a technique in which a patient’s cancerous or neurodegenerative diseased cells, along with their unique immune system and disease profile, are cultured and implanted into mice. These “avatars” are then subjected to various combinations of drug and nutrient therapies to see which are most effective in preventing the spread or recurrence of disease.

The cells “become a surrogate of the patient,” Steindler explains. “Instead of studying therapies directly on the patients, we can stay two steps ahead by testing them on the surrogate.”

Eventually, Steindler hopes that these techniques can be replicated electronically, distilling a patient’s unique chemistry into a data model that can be manipulated on the computer to determine the best course of nutrition. “Eventually these avatars will be patients on a chip,” he says. “That’s where we are heading.”

In the meantime, Steindler is ramping up the laboratory at Tufts to better investigate the properties of these nutritional supplements. He hopes drawing upon the expertise of his colleagues will help determine the most effective changes in diet to attack the inflammation that leads to brain degeneration as well as cancer.

“Truly, Tufts and the HNRCA are leaders in these things,” says Steindler, crediting his predecessor at the neuroscience lab, Jean Mayer University Professor Irwin Rosenberg. “I am hoping to collaborate extensively in order to get these new therapeutic reagents into a clinical setting. All of the diet and nutrient therapies we study seem quite able to slow down the diseases—and possibly, if done right, even prevent them.”

This article first appeared in the Summer 2015 issue of Tufts Nutrition magazine.