The Dog with the Bionic Skull 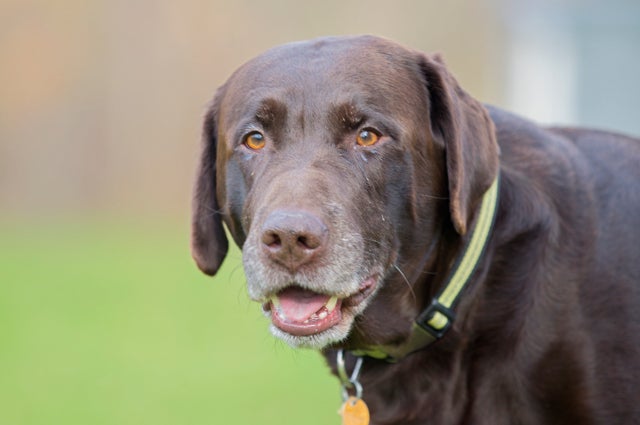 To treat dogs with shattered facial bones, veterinary orthopedist Randy Boudrieau has taken a page from human medicine, using titanium plates narrower than a pencil to repair the fractures.

Facial fractures are common in humans who fly through a windshield in a car accident, says Boudrieau, a professor at Cummings School. But these injuries are pretty rare in dogs, he says, so most veterinarians have limited experience treating them. Canine facial fractures may be left to heal on their own if they are relatively stable, or they may be wired together if the bone fragments are large enough. However, these techniques often aren’t effective with bones that break into many small pieces.

In human and animal orthopedics, the prevailing theory is that “the best way to manage the pain from broken bones is to stabilize them so they’re not moving anymore,” Boudrieau says. Craniofacial surgeons stabilize facial fractures in people by attaching metal plates to the “buttresses,” or thicker portions, of the facial skeleton.

In 1980, anatomist and physical anthropologist E. Lloyd Du Brul first described these buttresses by putting a light inside a human skull to determine the location of the thick and thin areas. The light, Boudrieau says, “would shine through the thinner parts, identifying the thicker areas, which were termed the pillars or buttresses.”

Using a similar technique, Boudrieau mapped the location of canine buttresses by installing a Christmas tree light inside a dog skull and taking photographs. (He was caught, red-handed, by his wife on Christmas day.) His findings have been published in several veterinary textbooks and journals.

In his most recent case, published in Veterinary and Comparative Orthopaedics and Traumatology in August 2014, he treated a 4-year-old Labrador retriever brought to the Foster Hospital for Small Animals after being hit by a car. The dog, named Burton, had multiple fractures of his face, including the nose, cheek and eye socket. His maxilla (essentially the snout) had separated from the base of his skull.

When owner Janine Stuczko first saw Burton after the accident, she opened his bloodied mouth because she thought he had eaten glass. “I heard all the bones in his muzzle grinding, like fingernails on a chalkboard,” she says. “It was awful. His muzzle was squished down to his eye socket.”

In the operating room, Boudrieau lined up Burton’s facial bones with the jaw by using the places where the upper and lower teeth would normally come into contact as anatomic landmarks. “The whole idea is that you work on the simplest fracture first, and gradually proceed sequentially through the more difficult areas,” he says, while “trying to stay in the areas of the thicker bone—the buttresses.” During the five-hour operation, Boudrieau implanted 10 titanium plates.

The morning after his surgery, Burton was comfortably eating soft foods. Stuczko says her pet has “healed up perfectly.” Some 21 months after his accident, “he’s very playful,” she reported, although he won’t be “going through any metal detectors any time soon.”

“Burton is a good example of a bad case,” says Boudrieau, “and these cases are very rewarding.”

He advocates more aggressive treatment of craniofacial fractures. “What I basically propose is to stop treating these cases conservatively,” he says. “We’ve got the equipment to fix them. You can go from a dog that looks and feels like hell to one that’s comfortable and eating by the next day.”