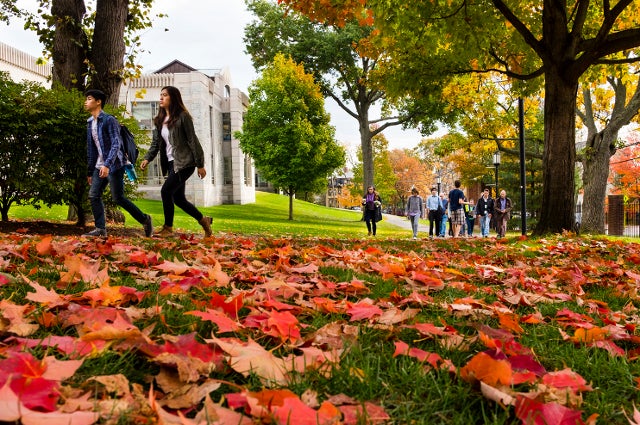 For the first time, more than 20,000 applications have arrived in Bendetson Hall from hopeful applicants seeking a place in Tufts’ first-year undergraduate class.

The preliminary count for the Class of 2020 at the schools of Arts and Sciences and Engineering was 20,160 as of Jan. 14, according to Lee Coffin, dean of admissions. It’s the fifth time in six years that Tufts has set or tied the record for most applications for first-year undergraduate study here, and a 6 percent increase over the past two years.

While it is too soon to project an acceptance rate, “it will certainly be lower than last year [16 percent], and that will set a new record for selectivity for the sixth year in a row,” says Coffin.

Coffin says the university is targeting an enrollment of 1,325 undergraduates for the class that will matriculate this August.

“The continued growth in Tufts’ undergraduate applicant pool reflects the widespread interest in our outstanding academic opportunities in arts, sciences and engineering and their strong interdisciplinary nature,” he says. “There is also palpable appreciation for the college’s down-to-earth, optimistic vibe.”

Growth in the applicant pool occurred across all demographic and geographic groups. Early decision applications rose 12 percent, to 2,070, an all-time high, Coffin says. It is the sixth consecutive record for early decision applications, and a 70 percent jump since 2010, a sign that more prospective students are declaring Tufts as their first choice.

The review of the second round of early decision applications is underway; acceptance decisions for it will be released in early February. Admissions officials expect roughly half of the Class of ’20 to enroll via the two early decision rounds.

Letters of admission for those who applied regular decision to the Class of 2020 will be emailed in late March. Both the School of Arts and Sciences and the School of Engineering set their own new records.

Overall, undergraduate applications have grown 33 percent since the financial crisis of 2008-09, with pools of 19,000 or more for each of the last three admissions cycles.