Tufts Talent on the Rise

Tags: School of Arts and Sciences , The Fletcher School
Share

Forbes magazine has named two Tufts alumni and one undergraduate student to its “30 Under 30” list, its annual roster of the “brightest young entrepreneurs, breakout talents and change agents” in 20 fields. Honorees were nominated through online submissions and chosen by leaders in their fields. 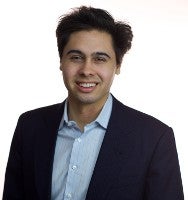 Chris Giliberti
Chris Giliberti, A10, was named in the media category. He is the chief of staff at Gimlet Media, a podcast company that produces such popular series as StartUp, Reply All and Mystery Show and receives more than 5 million downloads a month. Giliberti heads up operations, business development and partnerships and audience development at the startup.

The 28-year-old is also a member of the collective Global Shapers, which represents young people in the World Economic Forum community. Members of the network tackle social issues where they live.

Giliberti, who majored in philosophy at Tufts, says his studies, counterintuitive as it may seem, help guide him in business. “I focused specifically on logic and metaphysics, which got me into the habit of thinking critically and constructing arguments—great skills in business and dealmaking,” he says. 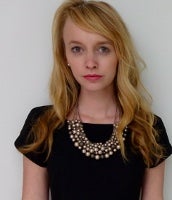 Ariel Jahner
Ariel Jahner, F13, a Foreign Service officer based at the U.S. embassy in Mexico City, was honored in the category of law and policy. A narcotics officer in the Policy Unit of the International Narcotics and Law Enforcement Section at the U.S. Mission in Mexico, she collaborates with U.S. and Mexican officials to stem the flow of heroin from Mexico to the United States. On a typical day, she might prepare talking points for high-level meetings, draft reports for Congress about drug-trafficking trends in Mexico or help develop ways to enhance U.S.-Mexico collaboration on heroin.

Jahner, 27, also supports the Mexican government’s efforts to professionalize law enforcement institutions through the implementation of the Merida Initiative, an intergovernmental partnership established by the U.S. and Mexico to fight organized crime and advance reforms in Mexico’s law enforcement and justice systems.

Come July, she’ll begin her next diplomatic assignment, as a consular officer in Islamabad, Pakistan. “Fletcher alumni have a large presence in the Foreign Service, and have been great for developing my network within the State Department,” she says. 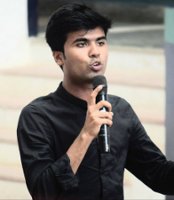 Sharad Sagar
Sharad Sagar, 24, a senior majoring in international relations, was honored as a social entrepreneur for his work with Dexterity Global, an international nonprofit he founded in 2008, when he was just 16. Its mission is to use education to empower youth from marginalized backgrounds or rural areas in South Asia. “We believe that every single child can be a leader, given the access to opportunity,” says Sagar, who manages to juggle his Tufts studies and his nonprofit by sleeping just four hours a night.

Dexterity Global offers resources and mentorship to develop young people’s leadership skills and prepare them to apply to college.