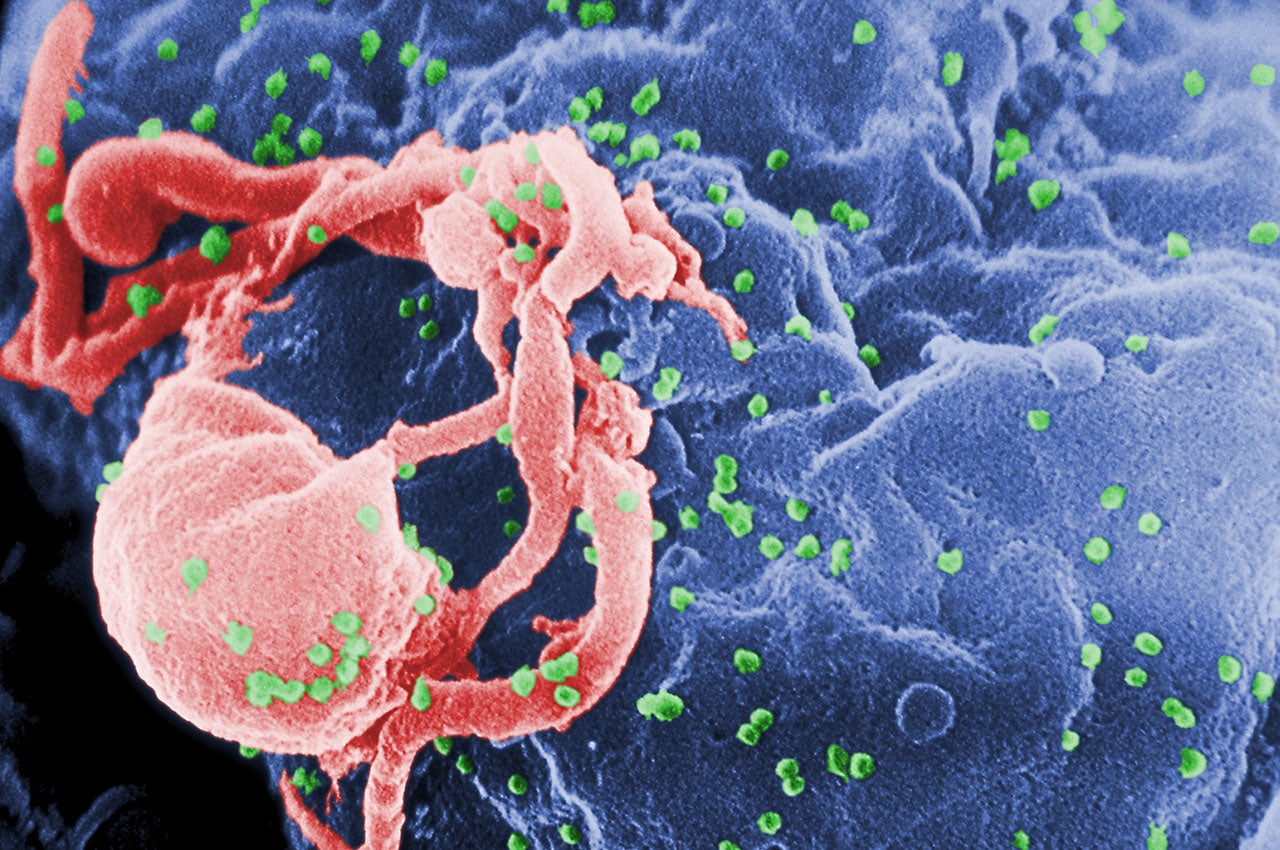 Until 1996, a diagnosis of HIV was a death sentence. Nearly all patients succumbed to AIDS within about 10 years after infection. But starting in that year, combination antiretroviral therapy, the so-called HIV cocktail, was introduced into clinical practice. It was one of the medical miracles of the 20th century.

HIV causes AIDS by infecting and killing a type of cell called a helper T cell, essential for a proper immune response to infectious agents. The slow but inexorable loss of these cells leaves the body unable to defend itself against a long list of bacteria and viruses, and it is infection with these opportunistic agents that eventually kills the patient.

HIV is a retrovirus, which means that it integrates its genetic information into a host cell’s own DNA. The viral DNA is then used by the host cell as if it were its own genes, and in turn directs the cell to make viral RNA (ribonucleic acid), and more virus. In an untreated HIV infection, about a billion helper T cells are infected by the virus and killed every day, with an average time from infection to cell death of one to two days.

A small percentage of infected helper T cells do not die right away, but instead go into a resting, or latent, state in which the viral DNA they carry—now called a provirus—is silent and no new RNA or virus is made.

Antiretroviral drugs in combination—if used correctly—completely prevent the infection of new cells, but have no effect on the cells that are already infected and that are carrying latent proviruses. Thus, these drugs can stop the progression to AIDS and allow HIV-infected individuals to lead normal lives for as long as the drugs are taken. But they cannot cure HIV infection.

If drug therapy is interrupted, the virus inevitably returns, and progression picks up where it left off at the time the patient started taking the drugs.

HIV reappears because a fraction of the infected T helper cells, like most cells of the immune system, are designated as memory cells; their role is to “remember” prior exposure to an infectious agent and divide rapidly if that agent reappears, even many decades later. This is how vaccines work. Deliberate exposure to a harmless version of a virus or bacterium provokes the formation of immune memory so that the system can respond very rapidly should a real infection with the same bug occur later on.

At any given time, a small fraction of actively dividing T helper cells are turning into resting cells to provide this memory. If such cells are HIV-infected, the proviruses they carry will be turned off, allowing the cell with the provirus to live a very long time. As we have recently discovered, such infected cells also can divide multiple times over the years, leading to an expanded group (or “clone”) of sister cells, all of which carry the integrated provirus at the same place in the cell genome.

To date, only one person is considered to have been cured of HIV infection—Timothy Ray Brown, who was treated for leukemia in 2007 with a therapy that involved chemical destruction of his own immune cells, followed by infusion of bone marrow from an unrelated donor whose T cells were genetically resistant to HIV infection. To date, more than eight years later, he has shown no sign of return of the virus.

While his case establishes the principle that HIV infection can be cured, the treatment used carries a very high risk of death and cannot be generally applied. Indeed, a number of subsequent attempts to do the same thing in other patients failed, because either the patient died or the HIV infection returned. This case does, however, provide impetus to a very large worldwide research effort to find a safer and simpler way to accomplish the same thing—eliminate HIV.

How long can you store tea before it starts to lose its taste and nutritional benefits?

How can I help my child handle ADHD?