Sharing Is the Future for Cities 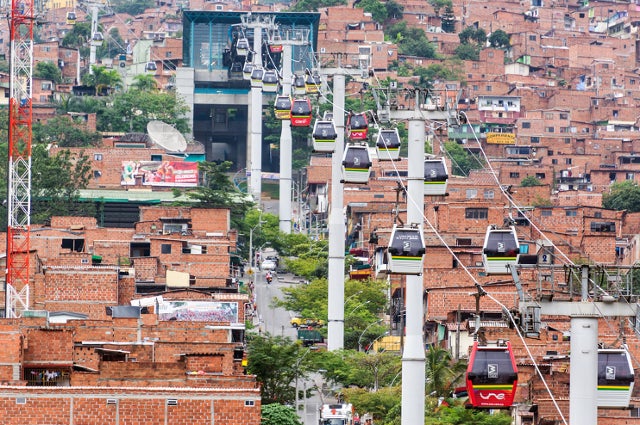 In this age of rapid urbanization and growing inequality, cities can promote justice, solidarity and sustainability by developing new strategies for communal sharing.

That’s the provocative argument in the new book Sharing Cities, written by Duncan McLaren and Julian Agyeman, a Tufts professor of urban and environmental policy and planning.

Tufts Now recently spoke with Agyeman to learn more about how cities can improve the lives of their residents by implementing the right kind of sharing programs.

Tufts Now: What would a smart, sustainable sharing city look like?

Julian Agyeman: The sharing city would rebuild the middle class, much of that by providing opportunities for the underprivileged. All this would add up to a high quality of life, and would boost what are called “happy life-years.” Roughly 65 to 75 percent of Americans are already involved in forms of sharing, both digitally and in terms of credit unions, cars, living space, clothes and so on. And cities are already shared infrastructures of roads, parks and transit systems, as well as schools, hospitals and libraries. A truly smart and sustainable city would enhance equity, rebuild community and dramatically cut resource use.

What are some examples of sharing cities?

Julian Agyeman. Photo: Yoon S. Byun
There are a number of cities around the world, particularly in South America, where powerful, progressive mayors have intervened to make changes. In Brazil, for instance, Belo Horizonte mayor Patrus Ananias, who grew up in poverty, developed a plan in 1993 for social justice through urban agriculture. That involved renting city-owned plots to poor people, and training them to grow and sell food locally. The program also instituted fixed pricing for certain essential foods, ensuring that poor people could afford them, and developed a network of “people’s restaurants” with the theme of “food with dignity.” This is still happening today, for less than 2 percent of the city’s budget.

Also in Brazil, Curitiba mayor Jaime Lerner realized in the 1970s that most of the city’s citizens lacked cars. To help people move around and gain access to the city’s resources—shops, libraries, theaters and museums—he developed a bus rapid transit system with priority lanes and entry platforms. Curitiba now has the world’s most amazing bus system.

What does it take to make sharing in cities happen?

In Copenhagen, Denmark, urban planners look to increase social interaction in shared public spaces. And in Seoul, South Korea, Mayor Park Won-Soon is actively building a sharing culture and public trust in city-sponsored sharing enterprises and activities. The foundation of the sharing in these cities is that the local government has taken a positive role in an attempt to enact principles of social justice. That is, the sharing is designed to give everyone, but especially the underprivileged, access to the city’s resources.

In your book, you say that sharing cities are distinct from the “sharing economy,” a term that includes things like home- and ride-sharing services that enable individuals to make money from their personal assets.

We argue that the dominant concept of the sharing economy is too limited. It’s purely about economic transactions, which often turn into new ways of making money that create at least as many problems as they solve. For example, instead of simply renting extra bedrooms in their primary residences, people are now buying houses to rent out on Airbnb—because they can bring in more money than residential rentals. But that’s creating an increased demand for housing that contributes to rising housing prices. We’ve seen this in places like San Francisco.

How can sharing cities minimize the inequality that can arise from the sharing economy?

Let’s talk about Boston and San Francisco. Those cities have embraced the sharing economy, while failing to take more proactive steps to become truly sharing cities, unlike, for instance, Amsterdam. That city allows properties only 60 days of Airbnb rentals, annually, to preserve neighborhood character and the rental housing stock.

More generally, cities and states need to be proactive in developing strong policies that shape the sharing economy, rather than reacting to egregious moves by the likes of Airbnb or Uber by throwing up their hands and going to court.

For example, in 2014, the New York state attorney general found that 72 percent of Airbnb listings [PDF] were for illegal rentals. Who is to blame for that: Airbnb or the state and local politicians who let it happen? More thoughtful and creative application of existing tools—for example, zoning, licensing and local taxation—should be the first option.

Going further, sharing cities need to develop policy and regulatory tools to ensure that, instead of promoting purely commercial platforms backed by venture capitalists that make lots of money, they are also encouraging more communal forms of sharing, such as credit unions, cooperatives and non-monetized mediums of exchange like time banking and time dollars.

What are time banking and time dollars?

Some people have useful skills but lack money. They can exchange their skills for “time dollars”—which they can use instead of money to “pay” others for services. There are time-dollar systems all over the world, such as the “Ithaca dollar,” that enable people to trade skills and services, and to “bank” the credits they earn.

But aren’t economic transactions a distinctly human way of operating?

They are, but they have come to define us. Sharing is a much more deeply embedded human response than purely economic transactions. Sharing in groups was critical to the success of our early human ancestors, at least since they began hunting around two million years ago, dividing up the spoils of the hunt so that the group could thrive. It has remained so since our species evolved roughly 200,000 years ago.

Economic transactions on a larger scale have been important only since the dawn of agriculture, a mere 10,000 years ago, but even since then, sharing and cooperation have remained important. For instance, cities such as Seoul now directly support sharing by funding projects that expand physical and digital sharing infrastructure, by incubating and supporting sharing-economy startups, and by putting idle public resources to better use to directly harness those age-old instincts to create a community that benefits everyone.

David Holzman is a freelance writer.